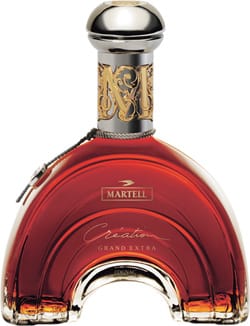 With a suggested retail price of $299, the new Martell Creation Grand Extra Cognac will most likely be reserved for special guests by knowing hosts. Although the recipe is a closely guarded secret, we can reveal that it includes rare eaux-de-ville (clear distillates from fermented grapes) from the small Borderies area of the Cognac appellation — selected for aging capacity. The House of Martell turned to sculptor Serge Mansau, best known for creating perfume bottles for French couture houses, to create an architectural package.

They Stopped the Rose Parade!

Members of ACT UP also shouted down elected officials and negotiated the building of an AIDS ward in a public health system. The photography of ACT UP/LA member Chuck Stallard in SILENCE=DEATH: Los Angeles AIDS Activism 1987-2007 documents the most dramatic and successful protest group from an insider’s perspective. The exhibition continues through July 21 at drkrm. Gallery in L.A. Information: (323) 223-6867.

It must be a good sign when a developer plans to move into his own project. Lawrence Rael, who is creating the Port Lawrence luxury lofts in downtown Palm Springs, will be one of the residents of the project named after him. As for the “Port” part of the name, the New York branding firm that suggested it knew there were no shipping docks in the desert, but thought the term would set the project apart. Architect Doug Hudson says that Rael had to be convinced of the name: not the “Port” part, but the second part that seemed larger than his ego.

Talk about a sand trap! Bob Hope, golf club in hand, joins Ronald Reagan and Dolores Hope at the ground-breaking ceremony for the Dwight D. Eisenhower Memorial Hospital in 1969.