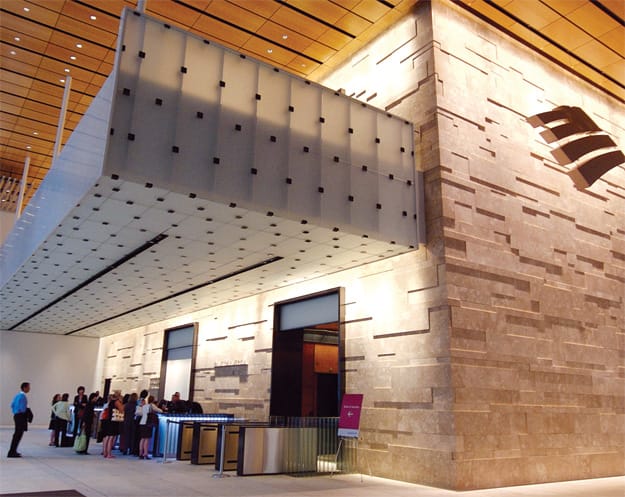 GLASS ACTION
San Soucie Art Glass Studios in Palm Desert provided glass for three locations at the 55-story Bank of America Tower at One Bryant Park in New York, including a suspended ceiling in the lobby with 4,065 square feet of hand-carved glass. The company also carved the U.S. presidential seal on a glass panel for the USS George H.W. Bush, the final Nimitz-class aircraft carrier.by Arcadia Press.

GUILTY PLEASURES
Absinthe — the drink of artists and writers in Paris cafés in the 19th century — was banned in Europe and the United States in the early 1900s after being portrayed as hallucinogenic and leading to seizures and crime (including murder). The U.S. relaxed the ban as late as 2007, and now Morton’s The Steakhouse in Palm Desert is hosting an absinthe tasting on April 9.

A RICHER POUR
A four-spout carafe designed by London-based industrial designer Neil Barron won a competition to enhance the presentation of serving tap water in the city’s restaurants, cafes, bars, and hotels, according to The Water Connoisseur. Barron’s design, selected from more than 115 entries, earned him £5,000 (about $7,011) from sponsor Thames Water.