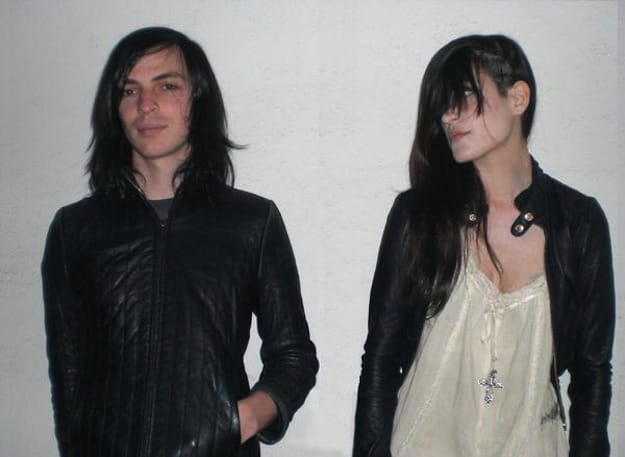 Ionna Gika and Leopold Ross get a gold star for coolness.

That may sound patronizing in some circles, but in the music world, that equals commercial and critical success for most groups.

As Io Echo, their music has warmed its way into some very influential hearts before their first full-length album, Ministry of Love, is even released. Fashion designer Jeremy Scott has befriended the band, asking it to collaborate on music for his show. Even sonic wunderkinds, TV on the Radio, have fallen under Io Echo’s spell, inviting the band to support it as an opening act.

Where most bands falter under the watchful eye of trendsetters, hungry Hollywood types looking to make a love match, and fickle industry talking heads who love you today but not tomorrow, Io Echo has stood strong, slowly developing its sound. Now, as they eye a new crowd of supporters with their forthcoming Coachella Music and Arts Festival appearances (April 12 and 19), Gika and Ross stand to be the most popular duo at Coachella…that you’ve probably never heard of.

How does it feel to be playing Coachella this year?
Leopold Ross: We’re excited because Coachella is sort of our dream show. I remember when our management asked us what would be our dream show and we said Coachella. So we’re very excited about it.

Another first for the band is that you’re releasing Io Echo’s first full-length album, Ministry of Love. What can fans expect?
Ionna Gika: There will be a texture running through the album of far-Eastern instruments, which create a sort of layer throughout the various songs. I suppose everyone will walk away with their own personal experience. We wanted to have contrast, so it’s not all just happy dance songs or sad songs. It’s kind of a mixture.

What’s the greatest fan experience you’ve had on tour, thus far?
LR: There’s this couple that flew in from Sweden to see us play a show in Miami and they were, like, this older couple. They were so sweet and it was really fascinating and awesome that they had made such a huge trek [considering] we were the opening band.

How will your Coachella appearance differ from the usual experience at an Io Echo show?
IG: We enjoy all sorts of different types of settings and different types of settings can add a sort of different color and lens to the experience. We have something special planned which I will keep a secret until it happens. Certainly, I think the desert, in particular, has such a magical feeling to it. So, I’m looking forward to playing there.

For more on the band’s appearance at Coachella Music and Arts Festival, visit www.Coachella.com.