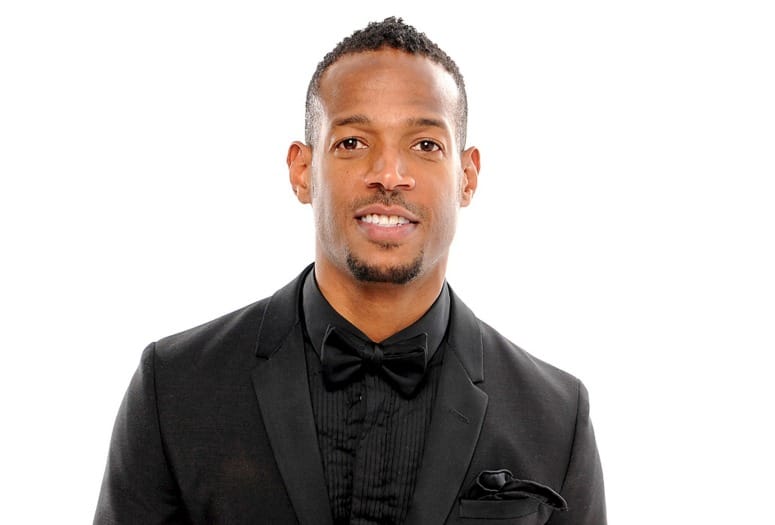 Is there anything Marlon Wayans can’t do?
PHOTO COURTESY MORONGO CASINO

Is there anything Marlon Wayans can’t do? The actor, producer, comedian, writer, and director boasts a lifetime $736 million box office take domestically (Scary Movie, White Chicks, and A Haunted House and are among his many hits), but the man is not quite satisfied he’s reached his full potential just yet.

“It’s not about being accepted by any select group of people,” Wayans says. “It’s about doing your art and affecting whoever you’re supposed to affect, because that’s the way God works. You cast a huge net, and hopefully everybody embraces what you do.”

Wayans believes his strong work ethic will help him achieve such a lofty goal. “I think you just challenge yourself to be the best every night, every show, every project,” he continues. “I think that kind of hard work pays off. I’m just focusing on being the best storyteller I can be, and be as truthful as I can be. Then I take that truth, and make people smile.”

Wayans will perform June 2 at the Morongo Casino Resort Spa in Cabazon.

Palm Springs Life recently spoke with Wayans — who was taking a break from editing his upcoming NBC sitcom, Marlon, in addition to his new Netflix movie, Naked — to discuss maintaining his New York chops in Southern California, the all-important family factor that’s prevalent in much of his work, and why he finally feels he can be called “special.”

PSL: You were born in New York City, and went to college in Washington, D.C. When you got out to Southern California, did you find it was completely different than what you were used to back East?

Marlon Wayans: Absolutely. I was learning to slow myself down. New York is such a high-paced city, and L.A. is more relaxed. But I always felt like, if you’ve got a New York hustle in L.A., you could be successful. That’s why I work like I work. That’s what I’m used to. I’m a New York boy, so I don’t know how not to work.

You know, it’s weird. Some people — they get it, and get it easy, and I’m just not one of those guys. I’m not wired that way. I wish that, when I came into the industry, I would have just been wired into the machine, but I’ve been sitting there my whole career trying to build my own machine. And little by little, you get better, and you grow. So I’ve been building this machine of my own for 25 years, and I think I’m finally ready for the actual machine — and to do something great with it.

I’m fascinated with my maturity in the last four years. I mean, doing my TV show, Marlon, especially [which premieres on NBC Aug. 16] — I was able to apply my standup to my TV show, and apply my TV show to my standup. And it’s making my standup better, because TV is not just about the laughs; it’s about the story, the heart, the issues, and the characters. When you apply all that to your stage show, it really makes it a special kind of experience.”

PSL: One thing you’ve said before is “family is key,” so I assume that’s an important element in your standup routine.

MW: Family is such a big part of my life, so of course I’m going to be talking about my family. It’s relatable to everybody. Everybody pretty much has a family, so that is definitely a well you pull from. But there’s also the experience of life. We all see there’s sports, there’s politics, there’s social issues, family, love, relationships, fathering, being a parent — there’s so much to talk about, and I try to talk about all if it in my hour-and-a-half show.”

PSL: Have you spent a lot of time in Palm Springs over the course of your career?

MW: I’ve played there a couple of times. I love Palm Springs. It’s hot as hell — slavery must have been terrible out there! [affects raspy voice]: ‘Too hot — you’re just gonna have to whup me today. I’m not picking sh–.’” (laughs)

PSL: Oh, man! What would you pick out in the desert?

PSL: Have you gone out to Joshua Tree, or experienced any of the nature out that way?

MW: “No, no; I’m not a nature guy. Get bit by snakes? No. It’s not in my African American nature to love nature like that. We did that. There’s no call for that now.”

PSL: What else should we expect from your show at the Morongo?

MW: What it is, is a different layer of the machine — a different complexion, because you haven’t seen me doing standup. And when people see it, they go, ‘Dude! Why don’t you have some specials out?’ Well, it’s because I didn’t feel special! I respect comedy too much to jump out there and say, ‘Hey, I’m Marlon Wayans — give me a special!’

And there are healing moments in that for the audience. They get to walk away with something. It’s not just to be vulnerable in the jokes, but to be vulnerable in your journey and in your emotions, and let people know that you’re out here with your chest open, and that they can laugh at your expense.”

PSL: So now that you’re feeling more special yourself, does this mean we’ll get a Netflix standup special from you somewhere down the line?