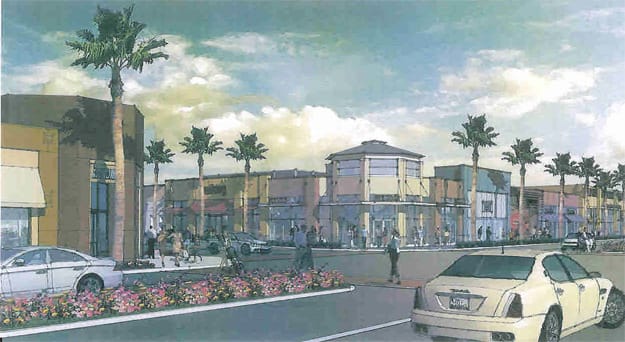 This fall, get ready to do some retail damage at the new El Paseo Village. Davis Street Land Company, owner and manager of The Gardens on El Paseo, is the driving force behind the new shopping development opening in early September. The luxurious complex will feature Juicy Couture, Banana Republic, Kate Spade, Bebe, Lucky Brand Jeans, Janie & Jack, and more.

The well-known steakhouse, Mastro’s, is also part of the tenant mix, although their opening is slated for the following month, just in time for the holidays. Shoppers will be treated to some great surprises, such as a nationally acclaimed computer store, the identity of which will be announced closer to its opening.

El Paseo Village is situated on the south side of El Paseo between San Pablo and Lupine, adjacent to The Gardens on El Paseo. The shopping center will be a single level structure totaling 41,000 square feet. Altoon & Porter, the architectural firm that designed The Gardens, served in the same capacity for the El Paseo Village redevelopment. The project will feature trendy upscale, luxury tenants in keeping with the retail and restaurant mix at The Gardens.

We will continue to report on El Paseo Village as the opening nears. Check back in September or pick up the annual edition of the Desert Guide publishing September 1, 2010.