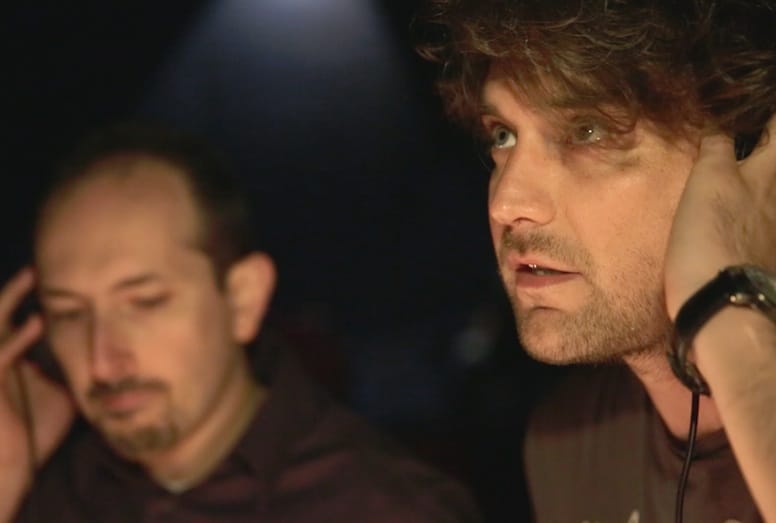 While studying abroad in Italy during his junior year of college, Jordan Ledy couldn’t help but notice the voices coming from the TV set during the broadcast of an American show.

“They would be speaking fluent Italian, but then Hugh Laurie would pop up and go, ‘Oh it’s House.’ They’re like, ‘Oh, Dr. House.’ Oh my gosh, I can’t believe this. Who gave Hugh Laurie this Italian voice? I thought it was really wild,” Ledy says. That started Ledy’s interest in dubbing, which played out in front of audiences with his entry It’s Better in Italian at the Palm Springs International ShortFest. The short, which provides a behind-the-scenes look at the world of dubbing American movie stars in films for the Italian market, captured two first-place awards for Best Student Film and Best Student Documentary, and runner-up for Best Documentary Short.

Palm Springs Life caught up with Ledy (pictured at right) at the June 21 awards at the Camelot Theatres in Palm Springs.

What inspired you to make It’s Better in Italian?
“As an American, I assumed everyone watches things with subtitles. That’s what started my interest in dubbing. Six years ago I was taking a documentary pitch course at USC, getting my graduate degree. I took a documentary course with Amanda Pope, who is an Emmy award-winning documentarian. She ended up being my advisor on the film through USC, through the thesis program. I had to pitch some documentary ideas and I said, “Italian Dubbers.” It was maybe the first time at school where I just had a one-word pitch. Everyone was like, “Do that. I want to see that. You should do that.” That was the inspiration.

Inspiration turned into execution when I eventually got connected with Roberto Pedicini. I flew to Italy the January before we started shooting. We shot in June and July of 2013. Once I met Roberto, it opened up everything. We hit it off immediately. He loved that I was an American who loved to eat and drink espresso and spoke Italian, and loved red wine. He has a really generous, amazing personality, and immediately said, ‘Come to my house. We’re making pasta. I’m going to show you the studios and introduce you to Italian Brad Pitt and Italian Tom Cruise.’ It was really through him that I met everyone. Specifically, all the side characters, all the people that I did interviews with for the film, our main characters.”

Will you submit the short to other short film festivals?
“I've submitted to a bunch. It’s really a long short, which makes it hard to program. I’m optimistic that after Palm Springs more people will want to see it and program it because it got so much attention here. I’m so grateful to Palm Springs International ShortFest for accepting this movie, championing it, and supporting me through it, and then giving me all this great praise. It doesn’t exist without a great audience.”

What’s next for you?
“I’m working on a feature screenplay, which is a comedy. I’m looking forward to trying some live-action now. I’ve also been taking classes and working with improvisers at the Citizens Brigade Theater. I’m eager to start shooting more sketches and web comedy. I think one of the best ways to develop shows is by making funny things and putting them online. That’s what I’m focusing my energy on now.”