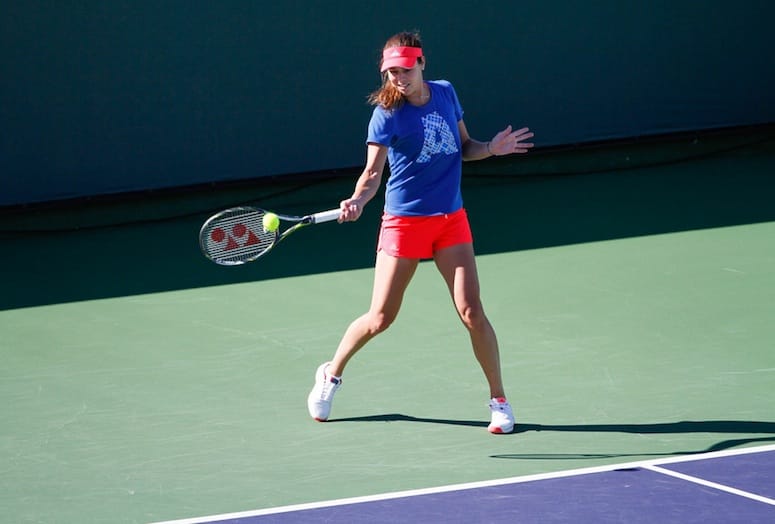 It might be getting a bit late for Ana Ivanovic to reprise the year 2008.

In that tennis season, she won the title at Indian Wells and went on to take her first, and only major, the French Open.

Monday, in the BNP Paribas Open at Indian Wells Tennis Garden, Ivanovic got the leadoff match on the Stadium 1 (center) court and made a mess of it. She was seeded 14th and was sent packing in 49 minutes by a longtime nemesis, Karolina Pliskova of the Czech Republic. The score was 6-2, 6-0 and the match didn’t even look that close.

Pliskova, seeded four notches lower than Ivanovic at No. 18, has played Ivanovic four times and won all four. She has lost only one set in those four matches.

Ivanovic was ranked No. 16 in the world when she was 18; she reached No. 1 in June of 2008. Great things were predicted. Now, she is 28 and great things seem to be fading with age.

In 2008, she departed the center court at Indian Wells amid great fanfare, trumpets blowing and confetti flying. Monday, at high noon in the desert, she stalked off briskly, tossing a sweaty red wrist band into the crowd in a sort of fitting goodbye.

At least for this year.