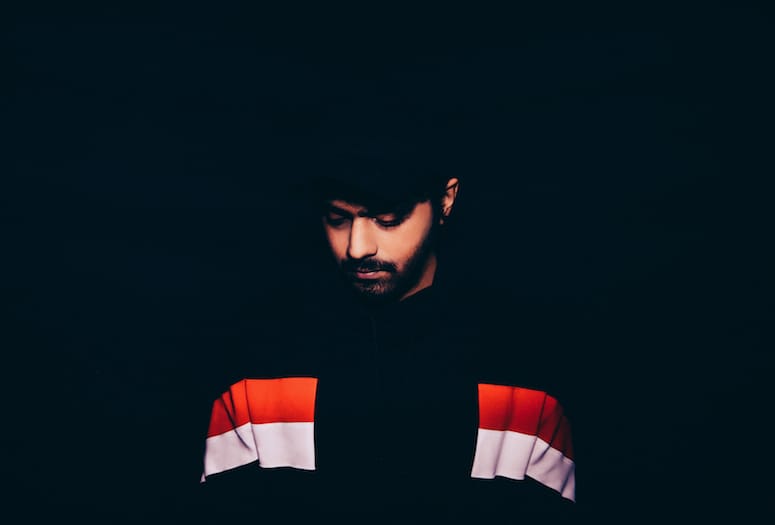 Jai Wolf says of his music name: "I wanted to pick a name that I could be proud of, and feel like, if I did a bunch of albums, or 10 years went by and I was 30, that I would still be proud of the name.”
PHOTOGRAPH COURTESY SPLASH HOUSE

New York based artist Sjeeb Saha, musically known as Jai Wolf, began creating electronic music at 17. Over the next decade, he has slowly evolved into a leading force within the electronic music scene.

A student of classical music as a child, Sajeeb’s transition from the piano and violin to electronic instruments always had a tie to creating larger-than-life and cinematic moments and ultimately a desire to generate music with longevity.

An artist through and through, not only does Sajeeb focus his creative energy into writing music but he relishes curating the overall Jai Wolf brand and experience. And it has been such an intentional nature and forward thinking process from choosing a stage name that he would be proud of years later to mindfully reflecting nostalgic moments in his music that Sajeeb continues to make his momentous climb.

With the recent release of his debut album, The Cure of Loneliness, and his return to Splash House on June 7-9, Palm Springs Life connected with Jai to dive deeper into the album’s inspiration, his creative process, and hear his favorite Splash House memory.

I’ve been writing music for 10 years since I was in high school. I was 17 when I started, I’m 27 now. I’ve always been into electronic music, and I tried a bunch of different projects.

Then when I finished up college, I wanted to get really serious about music, so I wanted to pick a name that I could be proud of, and feel like, if I did a bunch of albums, or 10 years went by and I was 30, that I would still be proud of the name. I took some time to really consider what kind of name I wanted to have. Initially, I wanted to be Dire Wolf, but my managers thought it sounded like a metal band. Then I was like, “Oh, maybe I can have a stage name.” I picked Jai, because ethnically, it was from my background, and it was easy to say.

That’s how the name started, but I would say that it still took me a few years, after I started Jai Wolf, to truly find my own sound. And I think that the album that I put out last month, The Cure To Loneliness, is where I’ve wanted to go for a really long time. It’s been a 10-year journey, but I’m finally in a place where I’m really proud of the music I’m making, and the album is everything that I stand for as an artist, and the sounds in the album, and the lyrical content, and the sonic, is just stuff that I’ve always wanted to make, and I’m super excited that it’s finally out, you know?

Of course. The Cure To Loneliness is such a provoking title. What moved you to explore this topic? And did you set an intention or message with the album?

I put out my EP, Indian Summer in 2016. And we toured extensively off of that for pretty much, two, three years straight. During that time, we were traveling around, putting on shows, and it became this really grueling sort of life. It was my first time where I was sort of tossed into, tour, tour, tour, tour, tour.

Sure, I can only imagine.

I always thought that it was interesting that I could be playing a show, but still feel lonely when there are thousands of people in front of you. And then also balancing my personal life with my touring life, and all that stuff, I found it to be a bit complicating. And so, I thought that loneliness was such a big part of the last three years of my life. 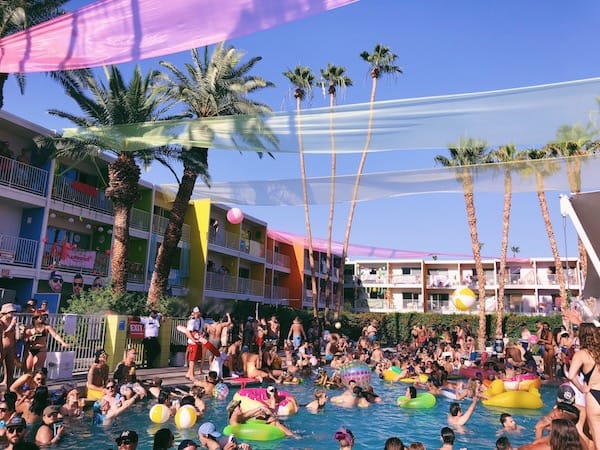 It’s only made sense that the album that I put out had to be about it. I think that it’s important for artists to sort of, really grasp at what’s happening in their lives, and have the music or their art reflect their personal truth.

I feel it’s a great theme, and love that you bring up being an artist and speaking your truth. And that’s a statement that comes up collectively among creative people, and it’s beautiful to know, to know you were trying to explore that truth and share it with us. Can you describe the moment when you realized that making music was going be your path?

Yeah, that’s a good question. I think I had always known it, but there was like, “I definitely need to make this my,” like, “I need to seriously pursue it.” I used to play the violin, and be in an orchestra, where you’re performing existing music, but the idea of writing this music was fascinating to me, and also just the idea of touring, and putting on shows.

In college, I had internships, where I worked on the business side of music and one thing I realized was, if this was the path I choose, I’ll constantly surrounded by artists or musicians who seriously took that leap, and took that drive, and I’d regret in a cubicle, working in an office at a record label. I would regret not pursuing music seriously.

How has your classical music background influenced you creatively?

I would say, that I used a lot of it… I really like movie scores, and I feel like, being in orchestra and enjoying movie scores have added this cinematic layer to a lot of the music that I write.

So I bring in a lot of those moments, not just into the music and the album, but also to the live show. And I feel it’s a nice texture, that can elevate what you’re trying to express by creating these moments of tension and release, but through orchestral moments.

Have you ever thought about performing with an orchestra?

Yeah, I mean, I would love to do something like that. I think it would be pretty crazy, to pull having an orchestra onstage, but I’m definitely open to the idea, for sure.

I can totally see, Jai Wolf at the Hollywood Bowl, and the LA Philharmonic. That would be pretty awesome, because I definitely hear that opportunity in your music.

I would say that a lot of the stuff that I write is, it does both. It kind of goes both ways. It’s like, you’re inspired by something visual, and then, also in the song it’s on, it inspires other visuals. So it’s just kind of a cyclical thing, of just constant, like, a constant flow of being inspired by visual imagery. That’s what I love about creating. It’s not just to write the music, but I’m also involved in the music videos, visuals and all that stuff. To me, Jai Wolf is more than just an audio experience. If you come to a live show, it’s this full on audiovisual experience.

What impact do you want to have on your audience through those visuals in your show?

Just a form of escape, really. Just for people to really reflect on their own lives. I want them to feel nostalgic. I want them to feel feelings of hope, hope for their own futures. That’s kind of the best, the two sort of best feelings I’ve ever felt, while watching other people’s shows, so I’d love for that to be what people walk away from, from my show.

You’ve performed at Splash House before, what’s going to be different in your music and for you personally?

The last time I played Splash House was three years ago, in 2016. The first time was maybe, 2015. I just think I’m a better DJ than I was back then. So, if anything, I think the set will be a little bit more fun. 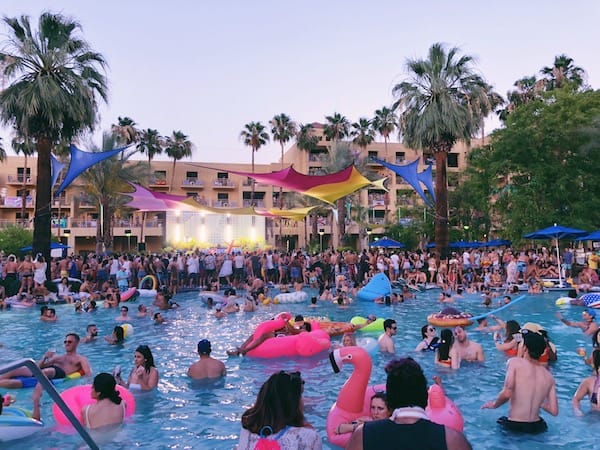 I’ll be a little bit more relaxed. I’m excited to just play, not just my music, but other people’s music and songs that I have great respect for, and just have fun.

What is your first Splash House memory?

So me and my friends were there, just hanging out with people that I knew from the internet, who were also trying to become DJs, because we were all booked together. I mean, Louis the Child was there, Hotel Garuda was… This like, cool thing, people who you also were coming up with, being at the same festival together. And we were all just kids, you know?

Awesome. What would you tell your 17-year-old self about where you are now?

I would say that the journey is very long, and that it takes time to get where you want to be, and you’ll always constantly be searching for the next thing. And to not give up, because you’ll have so many moments where you’ll want to give up, or want to quit, but things will eventually work out.