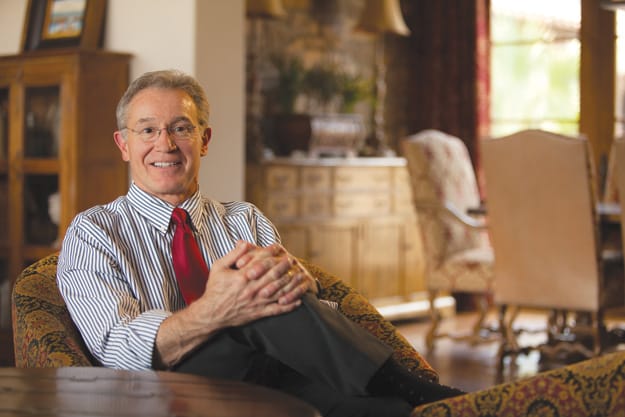 Orthopedics, says Dr. James Bell, “really intrigued me in medical school. It was enjoyable, putting things back together. I was injured when I was a small kid and was hospitalized, and ever since then, I always kind of had it in the back of my head that it was something I was going to do.”

Bell studied at the University of Rochester, and then earned a master’s degree and Ph.D. in physiology from Penn State. He attended medical school at the University of Southern California and, after graduating, served four years in the U.S. Army as a lieutenant colonel at the 67th Combat Support Hospital in Wuerzberg, Germany, traveling the world as an orthopedic surgeon.

He moved to the Coachella Valley 17 years ago.

“In my practice, I’ll see people from 2 years old to 100 years old,” he says. “I treat fractures, sprains, strains, injuries, things that need surgery, and things that don’t need surgery. A lot of what we treat in orthopedics can be managed conservatively. It’s a mix, but it makes it interesting because I’m not seeing the same thing every day.”

Listening to his patients, he says, is vital. “I learned a long time ago that the patient will actually tell you what’s wrong with them if you give them enough time and if you let them tell their story. I try to be as patient as I can and listen to what all their complaints are, because a lot of times that’s how you can figure out exactly what’s wrong.”

He also counsels people on nutrition, injury prevention, weight control, and the importance of stretching and strengthening programs.

In addition to treating local athletes, he sees the players who compete in the BNP Paribas Open tennis tournament in Indian Wells and serves as a team physician with the United States Figure Skating Association.

Technological advances in his field include upgrades in instrumentation and implants to fix ligament and tendon injuries, along with new approaches to joint surgery that include preserving as much muscle function as possible for easier recovery, Bell says.

When he’s not working, he spends time with his children, who participate in water polo, track, and volleyball. “My own personal time,” he says, “I like to at least try to work out three times a week, but I also enjoy running. I’ll get involved in 5K runs — my latest thing to get my kids to go running with me is that we’ve started to go to ‘mud runs,’ where we muck through the mud and go through an obstacle course, which makes it much more fun for them.”