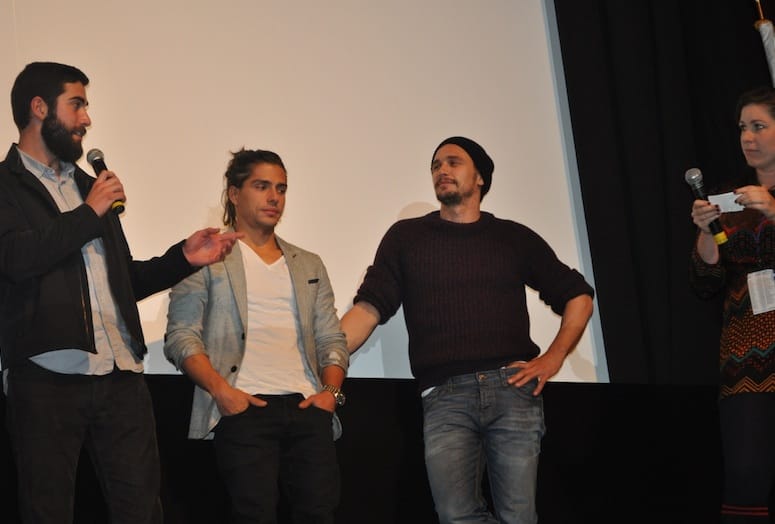 James Franco is the ultimate Renaissance man — actor, filmmaker, fiction writer, conceptual artist, and poet — there is nothing this actor can’t do for the love of art and creativity.

Lately, he has also added film instructor to his impressive resume. He has been teaching at USC for two years where, as part of his graduate class, students are required to direct a short film. Franco chose his favorite novel, Don Quixote: The Ingenious Gentleman of La Mancha, by Miguel de Cervantes as the collaborative class project, noting, “It has an ongoing narrative, but it’s also broken up into episodes, so it was perfect for what we were trying to do. Students could each haveone section that added up to the larger story.” He walked the red carpet on Jan. 7 accompanied by the 10 students directors, who were proud to have their movie screened during the Palm Springs International Film Festival. One of them, Alana Waksman, said, “It’s a great opportunity to have this kind of experience. It will definitely help in future projects.”

Franco said that it was a pleasure to work with his students. He was well-spoken, collected, and brightened up when asked about the filming process. He doesn’t find it difficult to squeeze in the time to teach among other commitments.  “I manage my schedule in a way that I can do all things that I need to do,” he said.

The big elephant in the room was, of course, The Interview, the controversial movie that was pulled from theatres last month and released online. To date with $31 million in sales, it’s Sony’s most downloaded movie of all time. Franco’s lips were sealed when asked about the impact of this movie. He was there to just talk about Don Quixote, where in addition to being involved in the directorial and production aspects, he plays criminal Pasamonte.

The movie is beautifully executed and flows organically — it appears to be shot by one director, as it’s consistent from one episode to another. The acting is also excellent  — Carmen Argenziano (Don Quixote) and Horatio Sanz (Sancho Panza) bring to life these legendary 17th century characters with passion and humor.

VIDEO: After the screening, actor Horatio Sanz, formerly of Saturday Night Live, responds to an audience question about looking natural on horseback.