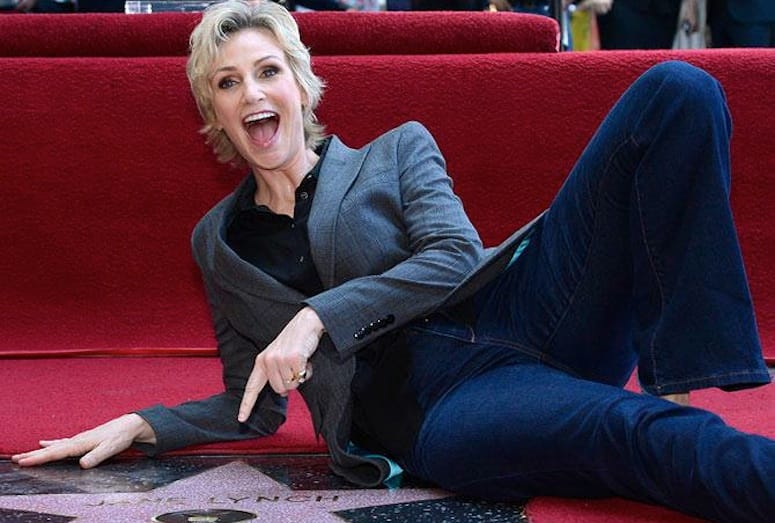 Jane Lynch is part of the 2015-16 lineup for McCallum Theatre in Palm Desert. "I think this will be a pleasant surprise, and people will see a different dimension to Jane Lynch," says McCallum CEO Mitch Gershenfeld.
Photo courtesy of Jane Lynch on Facebook

Mitch Gershenfeld’s successful track record in booking shows audiences love led him to establish a new series last year, titled “Mitch’s Picks,” to showcase artists the public may not be familiar with appearing at the McCallum Theatre in Palm Desert.

“I see so many shows and I think they are wonderful, but I can’t always bring them here because audiences may not recognize them," says Gershenfeld, president and CEO of McCallum. "I have always wanted to do something that says, ' Just trust me.'”

Gershenfeld cultivates that trust by traveling far and wide to discover top talent to bring to the Coachella Valley. photo courtesy of the von trapps

“I’m always looking for talent and trying to see new shows," he says. "I go to New York to see Broadway shows. I connect with agents and managers to make sure shows fit within the timeframe of our very limited season schedule. It’s a jigsaw puzzle to try to fit in everything in order to offer a wide variety of performances. “

This past season, McCallum audiences followed "Mitch's Picks" with sell-out numbers. People are already buzzing about “Mitch’s Pick’s” for the 2015-16 season. “I think they are great, and I think people will enjoy them,” Gershenfeld says.

• Jane Lynch: “The depth of her ability and great range as an actor and singer. I think this will be a pleasant surprise, and people will see a different dimension to Jane Lynch.”

• The von Trapps:  “These are the great grandchildren of Captain and Maria. They started singing together as little kids and they appeared here at the McCallum about 13 years ago. They are now in their 20s, and they have become a vibrant, fantastic group with good vocal harmonies.”

• Igudesman & Joo: “This is a group that I’ve liked for a long, long time, and I wasn’t sure we would have an audience. This is classical music as comedy, and these guys are hilarious. It’s Mozart meets Monte Python…clever stuff that works for audiences.” Gershenfeld says the best part of his job is being able to experience something different every night.

“I really enjoy coming to the theatre, seeing a full house with happy people and every night a different crowd," he says. "It’s so gratifying and rewarding how this community supports the McCallum the way it does, and what we are able to give back and serve the community in return.”

Tickets and subscriptions to the McCallum Theatre’s 2015/2016 Season are on sale now. Check out the full line-up of shows, get details, or purchase tickets at www.mccallumtheatre.com or phone the box office at 760-340-2787.