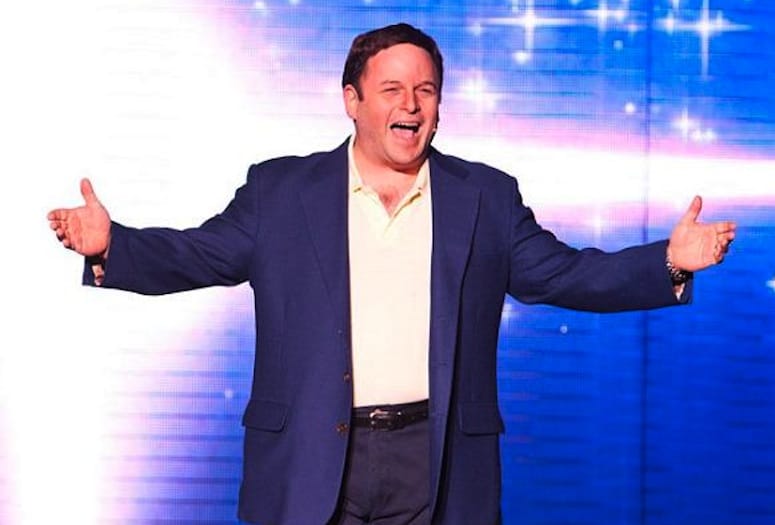 Jason Alexander may be best known for playing the hilarious role of George Constanza on NBC’s Seinfeld, but the legendary entertainer has a repertoire of experience that goes so far beyond that of his personification of the beloved character.

“I did him (George) for nine years on the biggest television show in half hour comedy history," Alexander says. "And it’s apparently still out there in a powerful way. George has had a very good place in a lot of people’s lives. It’s more than a TV show for a lot of people. People have expressed to me that it’s become a source of comfort … so to have an actor do anything more than a selfless exploration of my own interests is pretty rewarding.”

Alexander is a boundless source of genius. He’s a phenomenally successful director, producer, teacher, and author. He also is a family man, social and political advocate, an award-winning magician, and he plays a mean poker hand. His prolific career winning audiences on television, film, and stage across show business genres and his familiar, friendly, personality make him a multi-talented force. • He’s played Off-Broadway and starred with Martin Short in the Los Angeles production of The Producers.

• He’s won a Tony Award for Best Musical Actor for his performance in Jerome Robbins' Broadway.

His diversity and range allows him to attract our attention in commercials, play with our minds as an evil serial killer on the hit TV show Criminal Minds, or amuse us as an intelligent alien on Star Trek: Voyager.  Whether playing a loveable but snarky sidekick in the film Shallow Hal or a pompous attorney in the film Pretty Woman (which celebrates its 25th anniversary this year), Alexander kills it every time.

Ironically he says, “When I went to college to study acting, I didn’t have comedy in mind. I didn’t think of myself as particularly funny. I can now, in retrospect, tell you that I love that I’m able make people laugh. I think that it’s an amazing gift, and I’m always so grateful when it’s given to me.”

Alexander has been making audiences smile with his own brand of singing, dancing, and comedy on stages touring with his Symphony Show. He will join the Desert Symphony Orchestra under the direction of Music Director Gary Berkson in his first symphonic appearance on April 11 for The Desert Symphony’s 26th annual Anniversary Gala at the McCallum Theatre in Palm Desert.

As to what he has up his sleeve for this performance, Alexander says slighly, “I never give away what the actual material is in the show. It’s all show music, all Broadway stuff. Some from my own career, some of it is not, some of its funny, some of it’s not. And there will be a bit of audience participation. So seven lucky people get to perform that night for absolutely no money!”