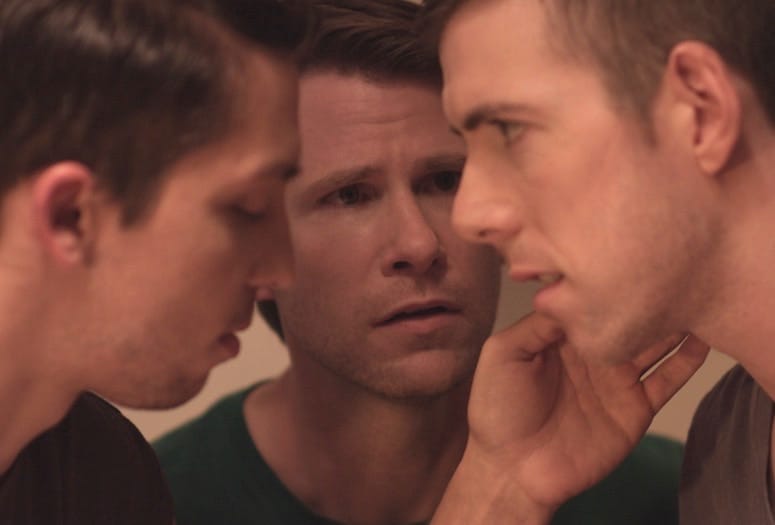 When Jason T. Gaffney decided he wanted to make a career in the arts, he wasn’t confronted with questions from his parents like, “How will you make a living?” or “Are you crazy?”

That’s because his mom, New York Times best-selling author Suzanne Brockman, and dad, Ed Gaffney, also an author and independent film writer and producer, knew what their son was getting into.

That type of support also carried over when Jason told them he was gay. “I not only have parents who are super accepting of me not just as a gay man, but also as a filmmaker,” says Jason.

His latest film, Out of Body, is a collaboration with his mom, who read his script and saw an opportunity to take what was a gay romantic-comedy and move the emphasis from comedy to romance.

“She specializes in romantic suspense, and she was reading the script and was like, "Oh my God, Jason. This is actually an amazing romance love story," Jason recalls. "And so she tackled it, and then we did our back and forth and really tweaked it and found where the characters really wanted to go. But she really, really, really enhanced the character of Malcolm, and got that character to sparkle.”

Malcolm is played by Kevin Held, who joins Jason (who plays Henry) again on screen in Out of Body after the duo starred in Analysis Paralysis. Out of Body will open the 13th annual Cinema Diverse, the Palm Springs LGBTQ Film Festival, on Sept. 11 as one of three drive-in experience films for the opening weekend. A second drive-in experience will be held Sept. 18-20, and an assortment of LGBTQ films and shorts are available to stream starting Sept. 11 for the rest of the month. 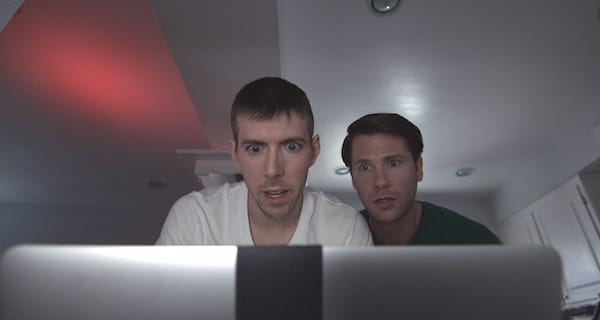 Out of Body is the second film for Jason T. Gaffney (left) and Kevin Held after starring in Analysis Paralysis in 2018, which also screened at Cinema Diverse.

Gaffney, who brought Analysis Paralysis to the 2018 Cinema Diverse, plans to attend the drive-in opening with his partner Matt Gorlick (an executive producer of the film) and possibly a couple of cast members. He recently chatted with Palm Springs Life about the film, his family dynamics, and his foray from musical theater into films.

The is the second film you’ve acted in with Kevin Held, right? Did you work together before Analysis Paralysis?

We actually worked on a couple things beforehand. We met working on a student thesis film that we both got hired as actors for. And that was when we became close friends because we, along with a fellow actor, carpooled to the set because we had to drive an hour and a half to two hours because of traffic. We became friends, and then I ended up doing a web series called The Comedy Minute and I brought Kevin in to do that. After Analysis Paralysis, we jumped into our own podcast, The Bright Side of Kevin & Jason.

How does that friendship translate onto the screen?

So I personally love knowing my costars, being close with them, and being friends with them. A lot of the people in my films are actually people I've worked with before. I know their professionalism. I know their strength and their weaknesses. When you're indy low budget land you don't have the luxury of 15 takes for each shot. It's like you've got to get it in three at most. Ideally, you'll get it in the first take, and then the second take is your safety.

Having worked with Kevin before I know that he is a powerhouse and he will deliver in the first take. He will give a better performance in the second, and if we need a third because of some sort of technical issue or something, or just to get something slightly different he's totally game. And so, it makes it really fun as a director to get a chance to work with someone like that, and as a costar actor because it keeps things fresh and it keeps things exciting. And also, there's a sense of when you're friends with someone it makes some of the more intimate stuff a little less weird.

It's super important if you're going to have a kiss moment that everyone is on the same page as to how you're going to kiss so that nobody's like, ‘Don't do that.’ You know?

In addition to your mom co-writing Out of Body, you collaborated with your dad to write the film, The Perfect Wedding. How does that dynamic work for you? 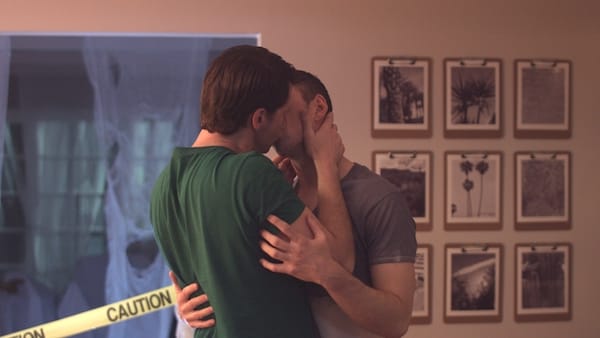 Jason T. Gaffney and Kevin Held in an intimate moment  in Out of Body.

The reality is that it's pretty darn smooth, and we do a really good job of communicating and saying like, ‘I like this more. Does that work for you? Can we change it this way? How about this? Can we tweak this?’ Or ‘I see you changed that. Can you tell me why you changed it? Because I liked the other way better, but if you can give me a reason why it needs to be changed.’ And then, a dialogue starts, and there's many times where someone will have changed something because they caught something later in the script that requires that change, so you have to lose a joke, or you have to add a joke, or those kind of things, and I think we do a pretty good job of keeping those communication lines open.

Is there ever a time where you have to step in and tell your Mom or Dad, ‘I know a little more about this because I’m gay.'

Occasionally, there have been times when I've told my folks, ‘Oh, no. It'll be better this way," or for example one of the mission statements of My Pet Hippo (Jason’s production company with his parents) is that we make movies that are probably gay and feature gay characters, but the conflict is never about them being gay. It's just they have conflicts that straight people experience as well to help educate people out there who may not know that gay people experience life the same way. The big difference is we just happen to be in love or sexually attracted to those of the same gender.

So they've been really strong advocates for allowing me to be the head voice of anything gay in the film to make sure that we're not overstepping or saying something insensitive, even though they're really good at that. They've got really good fingers on the pulses of what's cool and not cool to say, but they double check, and that's really the same way that I'll double check with my mom if I'm writing a female character and say like, ‘Hey. I think I have this voice right. Can you make sure I'm not making her a caricature?’

How did you make that shift from Broadway theater to film?

It was not an active choice initially. I was auditioning for shows in New York constantly, and I was getting to the final callbacks a lot. What was happening is I would get called in for the son character, because especially at the time when I'm clean shaven I have a bit of a baby face, and at the time I had an even more baby face, baby face. And the big problem is that I was 6-foot-1, and in order to play the son role onstage they want you to be like 5-foot-4 because then the actors playing the parents doesn't look weird.

And because of my baby face I didn't fit the ensemble, so it was like this struggle. I'd constantly get to these callbacks and not getting it. And then, I started submitting for local student film stuff for like NYU and other New York schools, and I started booking stuff quickly, and it was surprising to me because I would've figured that my acting was better suited for the stage.

Why do you think your acting was better suited for the stage?

I'm a bit more quiet of an actor than initially anticipated, and quiet acting is really strong on film because if you can just flicker your eyes slightly you can say so much. and you don't have to make a big expression, because your face is huge. It's the size of a wall.

In shifting to making gay films, what is the climate like now for doing that?

It's gotten a lot easier. When we first made The Perfect Wedding in 2010-11, every time we put up a casting breakdown for a film you get anywhere from one to 10,000 actors submitting for one individual role, which can be very overwhelming and trying to find that person. We found that we struggled with the roles that were gay, especially if there was a kiss involved, or any sort of partial nudity, or anything sexual in getting people to submit for it.

And so, it was frustrating at first, and as the years have gone on through to the latest casting for Out of Body, so many more guys are fine with it, and the number of people who put on a caricature of what they think a gay man is has dropped down to almost zero percent. They're now just reading the role as themselves, and it's so refreshing. It's heartening for me as a gay man in the industry that people no longer view us just as a stereotype and a comedic butt of a joke. 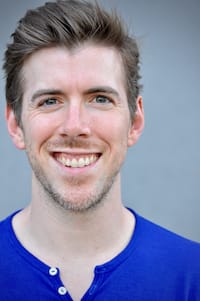 "It's heartening for me as a gay man in the industry that people no longer view us just as a stereotype and a comedic butt of a joke."

What are you working on next?

We were gearing up in March to film Marriage of Inconvenience, which is going to be a series on Dekoo. Two weeks before we were supposed to start filming was when the shutdown started so we got lucky that we weren't in production, but it was definitely disappointing because now we're just on hold.