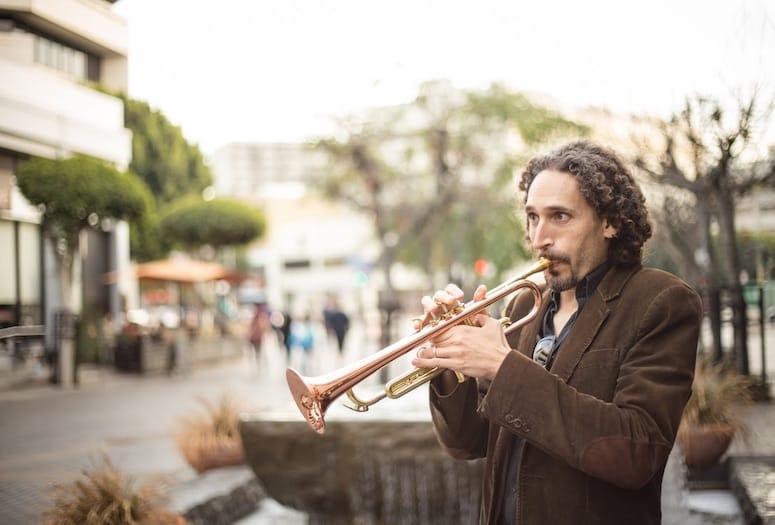 John Daversa says he has used the time at home during the pandemic to create a new album about the importance of family.
PHOTOGRAPHS COURTESY JAZZ IN THE PINES

John Daversa recalls attending a music camp in his teens where he was a student of the legendary Clark Terry, who pioneered the flugelhorn in jazz and played with many of the greats, including Count Basie, Quincy Jones, and Duke Ellington.

“What I remember now 30+ years later is really getting to know Clark Terry the human being, and realizing that how he was as a person was how he played, and the depth at which he took his breath and lived his life, that all went into the music and his intention,” Daversa says.

Daversa hopes to make the same connection now as the teacher when he participates in Jazz in the Pines, a free online festival running July 5-17 featuring performances and a student workshop for ages 13-18. Daversa, a multi-grammy winner who is chair of studio music and jazz at the University of Miami, will conduct classes from his Florida home virtually.

“I'm going to share what I think is really important music with everyone and really have a chance to talk about it and see what they're hearing, and I'll share what I'm hearing and talk about the historical background and the relevance, and why they were making that music and why that intention comes through the music,” Daversa explains.

Education has been brought to the forefront of Jazz in the Pines, which in its past life focused on a weekend of jazz music in early August under the tall pine trees of the Idyllwild Arts Academy campus. In 2019 to mark its 25th season, the festival took a year off to align the festival with a teaching artist model that empowers and supports the students of Idyllwild Arts.

The coronavirus pandemic forced the first year of this new model to be debuted virtually but free to encourage the same type of participation as in the past. 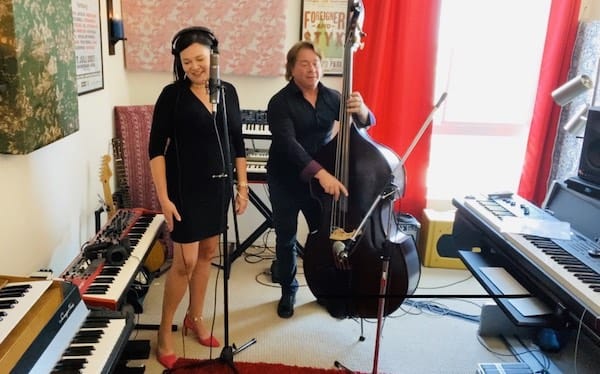 Jazz singer Rose Colella, who curated this 26th edition of Jazz in the Pines, will also perform live with the Rick Shaw Duo out of Los Angeles.

Among the other jazz musicians to both perform and teach are festival co-founder and bassist Marshall Hawkins, Tonight Show trumpeter Kye Palmer, Tom Hynes, Francesco Torres, Barb Catlin, Even Christopher, and jazz vocalist Rose Colelle, who curated the festival.

Daversa shared more with Palm Springs Life about how he wants to bring his experiences into his teachings during Jazz in the Pines.

What do you hope to pass onto the students? What might be a takeaway for them?

I want to talk about whatever sounds we create, to really be intentional about what it is that we're putting out into the world, because music can affect other people and the world in such powerful, powerful ways. There's such a need right now for all of humanity to really feel connected, united, and understand one another. So, putting these thoughts and intentions into the world is a great responsibility.

How have you been navigating the pandemic?

I have written a record and we just recorded it actually, but we've had to do it in creative ways. It’s actually a Bolero Project. A Latin jazz experience. The record is kind of a gratitude for family while we are in quarantine. It was done with a quintet recorded here in Miami, and so I called some of the best musicians I know that are here, and what an honor to get to make that music with them.

You’re known for being a big band leader, but your website notes that you also perform in small bands like the one for your latest album.

They're both such different vehicles. Obviously, the small group is much more about the individual characters in that band, and we can be a lot more exploratory, because there aren't as many people on the train. But I love them both equally, and they both take me to different places, which is just trying to reach that state where I'm outside my body making music.

"I love them (big band and small band music) both equally, and they both take me to different places, which is just trying to reach that state where I'm outside my body making music."

It must have been strange to suddenly have this time to create when you are quarantined at home.

Yes, in a way. There are so many deep concerns about the future of our world right now. So many people are suffering in very different ways, even just financially and health-wise, mental health, all of these things. There are a lot of people that are suffering. I feel that I'm very fortunate to be in a position, right now anyway, where my family's okay and I'm okay for right now. So, in that it was an opportunity to actually be home. I don't think I've been home this much since I was 4 years old, and spend time with my family and really have that ... we're with each other every day, which has been such a gift.

Your new album is a reflection of the times we are going through. Can you think of other instances where historical context has been important to the music that you've created?

The last few records I've been a part of have been social justice statements, starting with the American Dreamers: Voices of Hope, Music of Freedom project (which won three Grammys) that was just creating awareness of the human story of DACA recipients and the DACA Act. Then after that, I produced a record for Karrin Allyson, it was celebrating the passing of the 19th Amendment, which gave some women the right to vote, that took until the 1960s until all women could vote.

We basically showcased the debate at that time from 100 years ago and took some old songs and re-imagined them in a wonderful way with an all-female band. Then this last project that I produced for a wonderful artist, Regina Carter, which is called Swing States. It's all about raising awareness of the importance to vote this year. So, just really trying to be intentional about whatever those messages are. Even this last record that we just recorded, I hope it will feel inclusive and uniting, the idea that the family is so important to our society.

• READ NEXT: Director Sam Irvin Shares Behind-the Scenes Notes From Filming "Sister of the Bride" for the Hallmark Channel in Palm Springs.