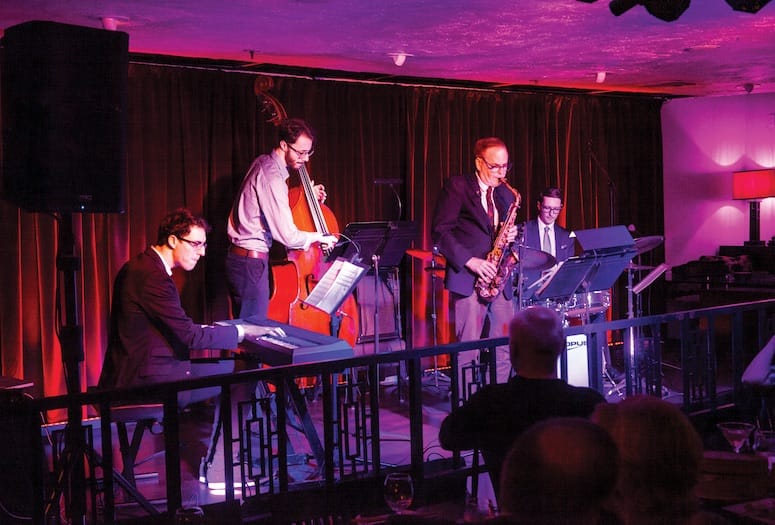 The beachcomber-themed Chi Chi was the swingingest nightclub in downtown Palm Springs when it opened in 1941. For a cover of $5.50, you could see some of the world’s most renowned singers and musicians. The club’s marquee announced appearances by Sarah Vaughan, Billy Eckstine, Della Reese, and Julie London, among many others, and advertisements declared the Chi Chi as “California’s largest and gayest supper club” — a slice of the venue’s history that resonated with Barry Martin, aka DJ Baz, who moved to Palm Springs in 2012. He was fascinated by an article Howard Johns wrote about the Chi Chi in Palm Springs Life in 2007.

“It sat 750 people, and for 25 years it was hot, hot, hot,” Martin says, wearing a pork pie hat and enjoying a glass of wine at Rick’s Restaurant & Bakery in Palm Springs. He picked this spot, this particular booth, because it’s underneath a picture of the Chi Chi. “I’m into the tiki culture, all of it,” he says. “That incredible history was my inspiration for Jazzville,” the series he and his partner and husband, Mark Alan, created and produce at Wang’s in the Desert in Palm Springs.

Martin has traveled hundreds of miles to see his favorite performers, and in the Coachella Valley, he thought he could find that Chi Chi vibe. “Where’s the music that represents Palm Springs? Jazz from the ’40s to the ’60s, big band, bossa nova — that kind of music?” he asks. 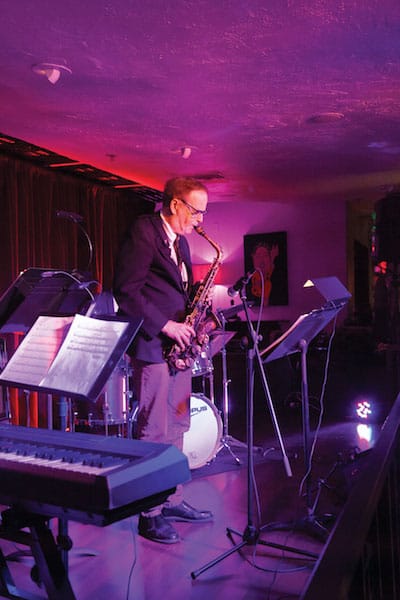 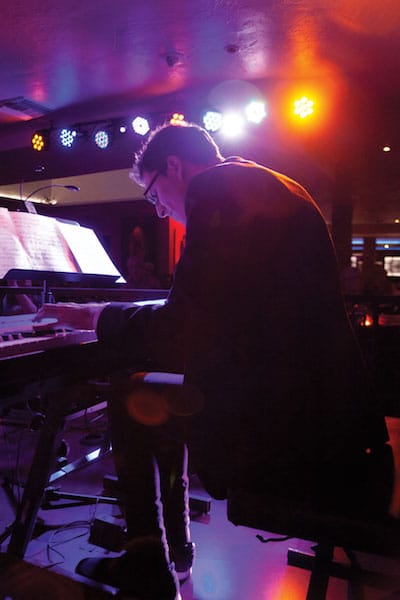 “Where’s the music that represents Palm Springs? Jazz from the ’40s to the ’60s. Big band, bossa nova — that kind of music? that incredible story was my inspiration for jazzville.”

In addition to the inspiration of the Chi Chi, road fatigue led Martin to Jazzville. He knew top-notch acts were within reach. If he could book them for a ticketed event, he figured, he could afford to bring them to Palm Springs.

Co-sponsored by 107.3 Mod FM, Jazzville started at Oscar’s, moved to Hotel Zoso, and currently runs at Wang’s in Palm Springs. “We outgrew the other spaces,” Martin says. “The stage at Wang’s is three times bigger than the others.”

Another reason he likes Wang’s: “Chinese food and jazz — there’s so much history there. During the great Depression, many American jazz musicians were flying to Singapore on extended contracts. From about 1935 to ’45, Singapore was bigger than Las Vegas and New York; some of the best jazz musicians of all time played in Chinatown in San Francisco because they couldn’t get other work.”

Martin is so jazzed about re-creating a new old, he’s bringing back the Chinese dragon floorshow and hopes it will become a Palm Springs tradition.

The sold-out Wednesday-night shows have recently presented The New Nine, who played Miles Davis’ Birth of the Cool album, as well as The VDE Quartet, Jason Hanna Quintet, and Keisha D and Hearts of Soul.

The 2020 lineup gets even better. “We’re doing a drum battle, like a Gene Krupa–Buddy Rich drum battle. There’s a whole blackout section where all you see are lighted drumsticks flailing around on stage. And one of our most popular bands, the Rumproller Organ Trio, will be back. They do soul/jazz, with a little bit of Motown thrown in.”

Martin recently received an unexpected email from Jacques Lesure, a guitarist he has heard on his favorite radio station, TSM Jazz in Paris. “[Lesure’s] email said he wanted to come to Palm Springs and work Jazzville,” he says. “For him to say ‘I want to play your club’ — that let’s me know we’re on the map.” 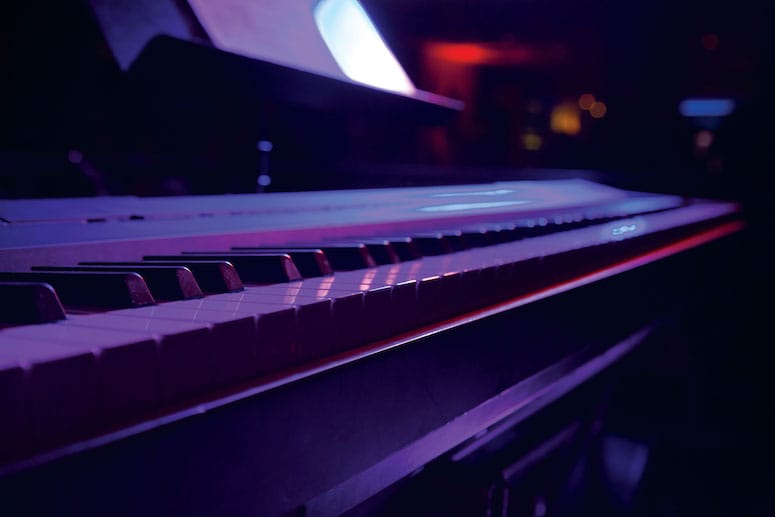