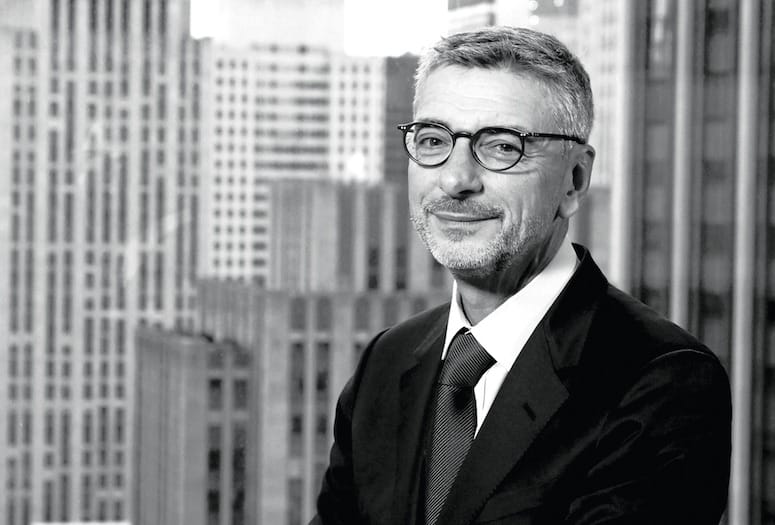 This is a story about tennis in Indian Wells, but it begins in 19th-century Europe at the twilight of the Industrial Revolution. The era birthed the steam engine, electric generator, and telegraph — systems of travel and communication that would make possible the unlikely relationship between a sports tournament in the California desert and a massive French bank. It was also during this time that credit and investment opportunities became available to the laboring masses of Western Europe.

Enter William I (née Willem Frederik), who in the early 1800s proclaimed himself king of the Netherlands and formed a band of brothers to promote agriculture, manufacturing, and trade. The company, and Frederik, needed a designated state cashier to print banknotes, and the Société Générale de Belgique was born. It is recognized for developing modern investment practices and for seeding the world’s sixth-largest bank, which happens to be among the biggest names in tennis today, having sponsored five times as many tournaments as Roger Federer has titles.

The name BNP Paribas is the result of two mergers. First, in 1966, came the fusion of two comptoirs d’escompte to form Banque Nationale de Paris (BNP). Then, after a stock market battle in 1999, BNP swallowed a major investment bank known as Paribas. The banking group has maintained a presence in the United States since the late 1800s.

Tennis caught hold of the BNP in 1973, when the French Tennis Federation sought a financier for new center-court box seats at the Roland-Garros stadium in time for the French Open. Its participation in the sport has only snowballed. The group now sponsors tournaments from Singapore to Istanbul, including cups and masters but also university-level and neighborhood events; it manages the online news site and forum We Are Tennis; and it engages the communities where it sponsors tournaments by way of wellness camps, amateur clubs, and educational scholarships.

Jean-Yves Fillion, chief executive officer of BNP Paribas USA, describes it simply: “Tennis is part of the DNA of this bank.” And for the group’s U.S. branch, the Indian Wells Masters has become its magnum opus. Fillion attends every year.

A former member of the French National Sailing Team and current member of the board of governors of the International Tennis Hall of Fame, Fillion began his career with the firm in 1984. He was involved with BNP Paribas’ talks with Charlie Pasarell and the Indian Wells team from the beginning. The tournament’s former sponsor, insurance company Pacific Life, had dropped out in 2008 and Pasarell’s team needed a solution.

How did BNP Paribas become a prominent sponsor of tennis?

When it started 45 years ago, it was all about the French Open. If you were watching tennis at the time, you could see the big BNP sign; the bank was financing the construction of one of the stadium’s seating areas. That’s how we got into it.

The bank was focused on one specific event — Roland-Garros — but over time, we have expanded the number of tournaments it sponsors. We sponsor a lot of high-end tournaments in Europe and in Asia. We are the title sponsor of the Davis Cup, the Fed Cup, and more recently the World Team Cup, the equivalent of the Davis Cup for handicap tennis, which we highly support.

We leverage tennis to contribute to the community. For instance, in New York we’ve become the title sponsor of a charity called City Parks Tennis, co-chaired by Billie Jean King and John McEnroe. It provides tennis training, coaching, and tournaments across the five boroughs of New York City for kids who, without this, would not have any [summer] vacation.

How did BNP Paribas identify the Indian Wells tournament as a potential partner?

Pacific Life had dropped out, and the tournament was sponsorless. We were already one of the world’s leading sponsors of tennis, [but] we didn’t have much presence tennis-wise in the United States except for the Davis Cup.

When we met the team here, we were impressed by their objective and by the way they did things. At the time, I met Ray Moore and Peggy Michel and Charlie Pasarell and all of those guys — with other partners joining down the road, Larry [Ellison] in [2009] — and we took it from where it was then to where it is today.

Some call it the fifth grand slam.

It is an extremely unique experience. It’s superb the way it is — at least from where I sit as the title sponsor.

What do you find unique?

The players love coming here. They love the facility and the friendly setup. There is this proximity and intimacy. Fans can approach the players walking from the main court to the practice courts — they just walk around.

Do you spend much time in this part of California?

Every year for the last 10 years — I love California. I’m French-born, but I’ve spent most of my time in the United States. I lived in Chicago and Los Angeles, and I moved to New York in ’99.

What impact do you seek to have in the local community?

The community is pretty contrasted: Some areas are amazingly wealthy, and if you go a little bit outside [Indian Wells], which I do to make sure I’m hearing them as well, you have some areas that are very different.

[We are] hosted by basically [the entire] Coachella Valley — this is why we wanted to be more connected, in a real way, to the community. Three years ago we started a scholarship program, and we provide four checks of $15,000 to pay for their first year in college. It’s always emotional, and it makes a big difference. The plan is to do more on this front.

That means soon you’ll have your first graduating class of the scholarship program.

Yes, we’re following them to see how well they do. [In 2017] the winner of the first year was here. He gave the team an update: He’s becoming a physical therapist. It’s amazing. These kids usually have to take care of their family before they go to college. They know their first step will be to come back and give back to the community.

Do tennis and the world of finance compare?

Tennis is played around the world, and this bank is a European leader with a global presence. Tennis has values such as dedication, hard work, self-improvement, team spirit. It’s about being competitive and remaining humble. It’s a sport that has a lot of diversity, and that matches what this firm is about.