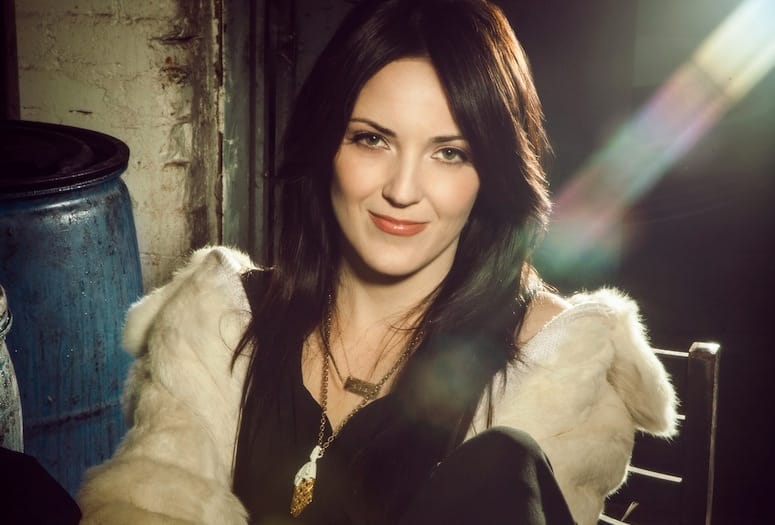 Growing up in Boston, Jen Kirkman would watch the likes of George Carlin and Sam Kinison at her friends houses.

“I just thought this comedy was great. But I it didn’t seem like a career choice.  It wasn’t a job on ‘the list’ like nurse, fireman, teacher, etc…,” she says.

After what she deems as “angsty teenage years”, Kirkman did go on to major in acting at Emerson College in Boston.

“I knew I wanted to entertain and at points I thought ‘I’ll be a dancer. A Vegas Showgirl. A very serious actress. I’ll have a band,” Kirkman says. “Halfway through college people kept telling me I was funny. I loved comedy, but I was reluctant to come around to that and I didn’t see stand up as a career.”

Upon graduating Emerson, Kirkman took a job in ticket sales for a ballet company. A serendipitous chance at an “open mic night” and a burning desire to do stand up led Kirkman to New York and finally, Los Angeles.

“I always wanted to move to the West Coast,” she says. “I’m not a lover of the East Coast. I hate snow and I’ve never skied in my life. I like two seasons. Spring and summer.”

Kirkman will be able to enjoy the warmer perks of one of her favorite seasons appearing June 28 at the The Copa Room in Palm Springs. “I think that my show is really fun,” she says. “I love to make jokes about growing old and dying alone… things that we’re all afraid of or not so fun to talk about. We might talk about my grandmother’s death, but it’s really uplifting. And it’s so funny you won’t know what you are laughing about. You’ll want to have a drink and go out dancing after the show.”

Kirkman, who will be finishing what she characterizes as “her day job” as a comedic writer for Chelsea Lately, spoke with Palm Springs Life about her stand-up comedy, her upcoming show, and future plans.

What makes you funny?

Ok, so what are you dissatisfied about?
“Not much. But what really annoys me is that no one believes that I’m happy. I’m 40, single, and I don’t have kids. Once people accept that, I won’t have an act because the pressure just makes me annoyed. My act is not what I’m upset about but more the things I’ve done in my personal life. I like to write about the dumb things people say…personal stuff.”

What can the Palm Springs audience expect?
“I’ll talk about my family and how I think people are getting more stupid. My, crazy, dating stories…divorce, and gay marriage. I’ll talk about how I’m really afraid of teenagers, today, because they don’t seem to care about things that didn’t happen 5 minutes ago. That does concern me.”

Is history important to you?
“With that said, no! The history of stupid things, like Three’s Company is important. Old television history is important…but the rest, like learning about the American Revolution is why you go to school.”

Besides stand up, what else would you be doing?