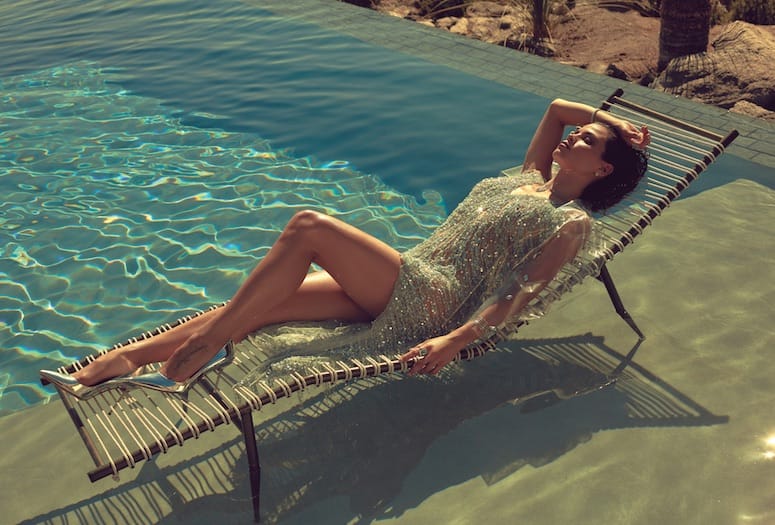 Jenna Dewan is probably known as different things to different people: ex-wife of Channing Tatum, mommy to their 6-year-old daughter Everly, host of the first two seasons of the NBC dancing competition World of Dance, that woman who was skinned to death on American Horror Story.

The 38-year-old dancer and actress isn’t content with any of those titles. Dewan is forging into new territory as a feel-good author (Gracefully You: Finding Beauty and Balance in the Everyday will be published in October) and social media guru. (She shares her life with more than 5.6 million followers on Instagram and posts two videos each week to her YouTube channel.) However, the Step Up star can never escape her first true love.

“Once a dancer, always a dancer,” she says while busting a few moves during the cover shoot for the September edition of Palm Springs Life at the On the Rocks house in south Palm Springs.

After the shoot, Dewan took a break and chatted with PSL about her favorite desert getaways, how challenging it was to write a self-help book, and whether she would play a stripper à la Magic Mike.

I know you frequently escape from L.A. to the Coachella Valley. Where do you like to stay?

It depends on what vibe I'm in. Do I want to go sit by the pool and have drinks? Ace Hotel. Do I want to relax and rejuvenate? Two Bunch Palms. I love it here. The last time I came out, I stayed at the Ace Hotel. It happened to be Pride. I walked around downtown and went to Workshop Kitchen + Bar for dinner. Afterward, I ended up watching a Pride concert, meeting all these new people and having a really great, classic Palm Springs night out.

You’ve been a dancer, actress, and TV host. You recently added author to your credits. What was most difficult about writing Gracefully You?

It's funny. Writing a book is a very personal process. Obviously. There are deadlines, but it's basically like birthing a baby, so you can't rush it. I found that difficult, because I'd go, “Well, I don't feel like this chapter is quite right yet” or “I don't really know what I want to say on this yet.” I needed time to reflect. How you feel now versus months later is different, so I was constantly going back in and revising. 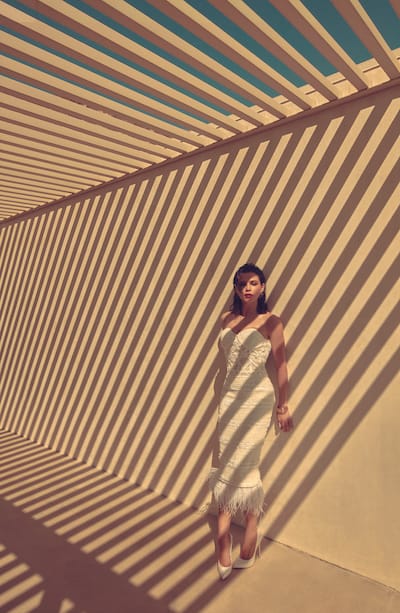 You haven’t been afraid to expose yourself on Instagram. You’ve posted photos of yourself in lingerie, announced your separation from your husband, and went ‘Instagram official’ with your new boyfriend Steve Kazee. How did you become so comfortable online?

It’s hard to live in this world, have the career that we have, the life that we have, and not be able to live your life in that way. I'm actually very secretive. I do like to have privacy with my daughter. I don't put her out in the world because I want it to be her decision when she's older. You try and do the best you can. She's the one thing I want to protect as much as I can, so I'd like it to be her decision when she's older to say, "Hey, that’s fine. I like that.”

Tell me about this new Netflix musical Soundtrack you’re starring in. Who do you play?

It's a one-hour drama about five intersecting love stories in L.A. It's a musical, and there's dancing and very intense dramatic scenes. I play a woman named Joanna who works for Child Protection Services. I get assigned to a complicated case at the beginning of the season. I have a history that you're going to learn about as the show goes on. Joanna's very empathetic. She’s strong and keeps her boundaries tight.

Between dancing, acting, and singing, which creative outlet do you prefer the most?

Dance is my first true love and will always be my first true love. You can't shake it. It's here in a photo shoot, in my acting, and in World of Dance. I mean, even in the book, I talk a lot about how movement has grounded me and been the one constant in my life, which is interesting because everything is so fluid in movement. Everywhere I moved [growing up], I was able to find a dance studio.

• READ NEXT: The Empress. Jenna Dewan talks about escaping LA to the desert. 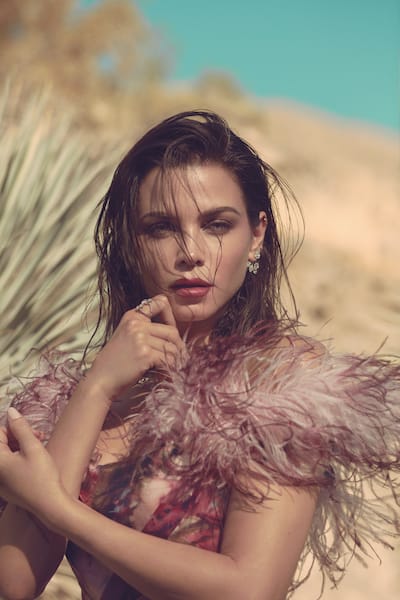 "It’s hard to live in this world, have the career that we have, the life that we have, and not be able to live your life in that way. I'm actually very secretive."

Does your daughter Everly have the dance bug, too?

She does, but she's more Coachella than ballet class. I mean, she’s six years old. She’s not going to Coachella, but her vibe is that she wants to wear a flower crown and just dance by herself in the corner. She doesn't want to learn choreography. She's too free spirited for that.

You recently launched your own production company. What’s the vibe of the projects you want to put your name on?

I really respond to female-driven content. We have a lot of female writers and directors working on projects — a lot of dance stuff, but also empowering, feel-good stories. We also have two animated shows: one is an R-rated comedy about women living in L.A., and there's one that's for kids. It’s movement- and female-centric with a good message behind it.

Exactly. It's funny because people say “brand” and it's actually not even conscious. It all started with Ellen DeGeneres and this skit I did on her show called Magic Michelle. It was just a joke about female strippers, but she said, "We should make this a movie.” And it's happening. It’s really happening.

Are you going to play Magic Michelle?

I will be in it, but I'm not Magic Michelle. It's not what you think.