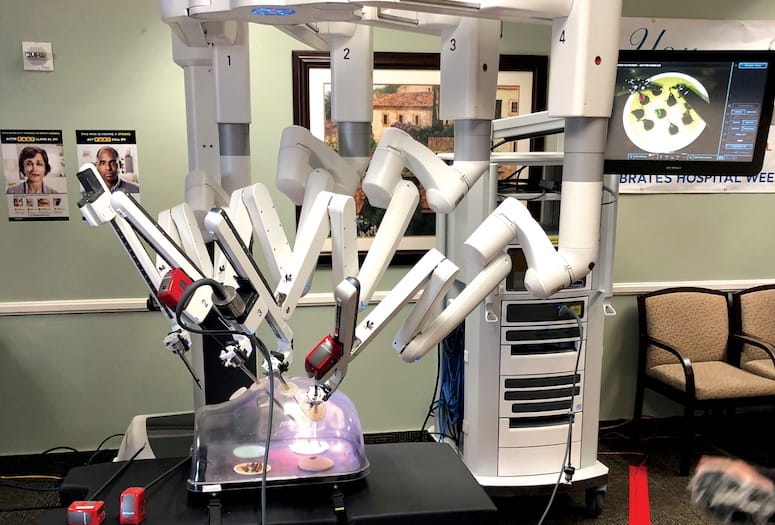 Meet Charlie, the newest member of the surgical team at JFK Memorial Hospital in Indio. Born to Intuitive’s da Vinci Xi family, the robot took residency here in September and has since completed more than 150 general surgical procedures — gallbladder, hernia, thoracic, GYN, urological, and colorectal — with impeccable success and no complications.

“This is dramatic for the East Valley, which is underserved and understaffed,” says Gary Honts, the hospital’s CEO. “It also attracts a higher level of surgeon who wants to practice with these kinds of techniques. All surgeons coming out of fellowship programs are trained in robotic surgery. And physicians who have been in practice for a long time have access to training programs. They have to pass an intensive test. We have a simulator to train.”

At JFK, 10 surgeons use the technology, controlling every move Charlie makes from a separate console situated in the same room. The robot has a camera arm, giving the surgeon a 3D view, and three fully wristed instrument arms to mimic human movement.

The da Vinci robot is not new. The company has been innovating in minimally invasive surgery for two decades. The most current version, the Xi, became available in 2014. It allows patients to experience less pain, shorter recovery time, fewer days in the hospital, and less time away from work.

“This is a revolution in minimally invasive surgery, and this [generation of the technology] expands the kind of cases that can be done,” says Dr. Samuel Ibrahim, JFK Memorial’s chief of surgery.

Ibrahim also suggests da Vinci Xi improves the surgeon’s health. “The ergonomics of the robot allow for finer and more complex [maneuvering] than laparoscopic. It helps surgeons because it requires less physical activity. They are sitting down, which is ergonomically better for the neck and back. The robot extends the career of the surgeon.”

A Good Use for Your Excess Fat

Injections to trouble spots can ease your pain and even curb surgery.

Orthopedic patients facing the prospect of surgery have an innovative new option: a technology called Lipogems that gently processes and repurposes the body’s own fat tissue to cushion, support, and help heal areas of injury or damage. 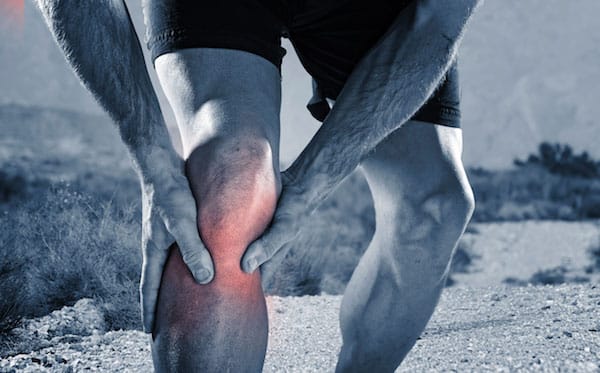 The FDA-cleared device rinses and cleans — screens, in effect — the oils and blood from the patient’s harvested fat and keeps the natural and beneficial properties of the fat tissue, which is then injected into the donor site.

Offered by STAR Ortho in Rancho Mirage and La Quinta, Lipogems is ideal for patients with orthopedic conditions who may not be candidates for or prefer an alternative to invasive surgery, or who would like to use it in conjunction with surgery.

“Fat has the ability to generate an excellent number of quality cells,” says Dr. Raj Sinha, an orthopedic surgeon who specializes in hip and knee replacements. “Places like shoulders and knees are perfect to receive injections because they can take a large number of the fat cells to cushion and support the area.

“Older patients are often afraid of the risks of surgery, so this simple, minimally invasive treatment option is effective and very attractive to them,” he continues.

The procedure works just as well with younger patients. Dr. Jacob Spencer, an orthopedic surgeon specializing in sports medicine at STAR Ortho, says, “I see everybody from high school athletes to professional-level athletes to the aging athlete. Add to that my patients who are SWAT team members, firefighters, police officers — anybody who is interested in options besides cortisone injections.”

This App Can Save Your Life

A new mobile app aims to help food allergy sufferers eat at their favorite restaurants by eliminating the guesswork associated with ordering their meals.

AllergySafe, which won first place in the mobile application development division at the Georgia State Tech Fair, is the brainchild of 16-year-old founder and CEO Akshat Gautam, who had struggled at restaurants to find foods that were safe for him to eat.

“As a child, I had severe food allergies, so whenever I went to restaurants, I experienced uncertainty regarding the items that I might safely eat,” Gautam says.

One day at his allergist’s office, he spoke to other patients about their difficulties in ordering at restaurants and realized they shared his predicament. 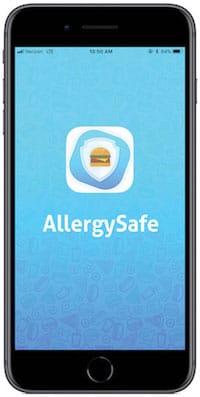 In the United States, food allergies are the sixth-leading cause of chronic illness, and more than 15 million people in the country have food allergies. There have been more than 170 foods reported to cause allergic reactions. And every three minutes, a food allergy reaction sends someone to the emergency room.

Gautam started brainstorming ideas to solve this problem and came up with the idea of a mobile app to help users select menu items they can eat. He taught himself Java and Android programming and started building the platform. It’s now available free at allergysafeapp.com.