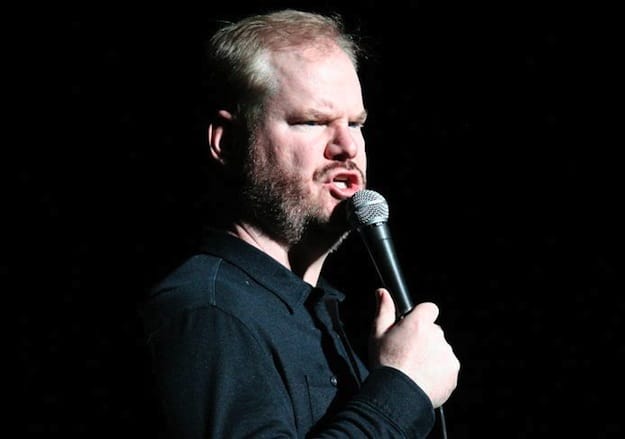 When comic Jim Gaffigan posted one of his routines, “Mr. Universe” on his website and offered the download for $5, you might have thought he was desperate.

He was merely following a move by predecessors like Louie C.K. and Aziz Ansari (of NBC’s Parks and Recreation), who also sold their work online rather than release a CD.

The 75-minute stand-up shtick hits on food (one of his favorite topics – he’s known for his ‘hot pockets’ routine), shoes, hotel pools, vitamins and working out in true Gaffigan style of poking fun at life without yelling, cursing or using words describing bodily functions. He's sometimes been called the clean comic in the shadows of Bill Cosby or Bob Newhart.

Expect to see some of that same genre of material when Gaffigan brings his “The White Bread Tour” to Pechanga Casino in Temecula for two shows at 8 and 10:30 p.m. July 5. The 8 p.m. is already sold out.

Audiences were first introduced to Gaffigan through Comedy Central, where his material was featured in the 2004 animated series, Shorties Watchin’ Shorties. He released his first album, King Baby, in 2006, and has appeared in several movies, including The Love Guru (2008), Going the Distance (2010) and Love Sick Love (2012). He was a regular cast member of the TBS series, My Boys, for three seasons before leaving in 2009.

Gaffigan put his comedy in writing with the release of the book, Dad is Fat, in May. He claims the title came from the first complete sentence written by his son, Jack.

Gaffigan’s observation style of humor makes the family structure an easy target, whether it’s his own childhood or now raising five of his own children under the age of 9 with his wife, Jeannie Noth, in a two-bedroom Manhattan apartment.

"My wife had the baby at home. We had all our babies at home, just to make you feel uncomfortable. People don't want to hear about home birth. 'Oh, you had your baby at home? Yeah, we were gonna do that, but we wanted our baby to live.'"