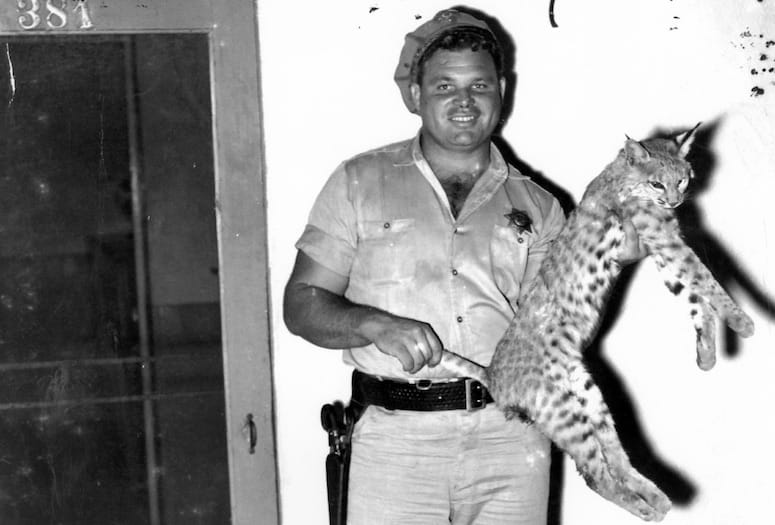 Jim Maynard was extra large. So large, in fact, that for the entirety of his adult life, he was called Big Jim Maynard. He was said to be 6-foot-6 and some 300 pounds of solid muscle.

His wild adventures and kind demeanor made him larger than life. In 1923, he moved to Palm Springs from Oregon with his family in search of a remedy for his sister’s tuberculosis. According to his friend Frank Bogert (who would later become mayor of Palm Springs), “The Maynard family was poor by any standard. There were four boys who always seemed to need new shoes. Like his brothers, Jim got a new pair of shoes once every four years.”

He found work as a local guide by the age of 12. He would take hotel guests on horseback rides, weaving tales of Indian legends, often giving the stories happy endings and elaborating as he thought necessary. Described as a climbing genius, he scampered up and down the mountainsides. He developed a lightweight stretcher for mountain rescues, small enough to be packed up into the size of a golf bag and then deployed to rescue the wayward hiker.

Stories of his exploits abound including how he wrestled an actual mountain lion to the ground. He served as a policeman and investigated the first murder in Palm Springs. He was a pilot, a city inspector, went to mine uranium for Ray Ryan in Utah, and mined gold in Montana. Melba Bennett, the founder of the Palm Springs Historical Society and owner of Deep Well Ranch, cajoled the extra-large policeman into playing Santa Claus for the town. He distributed presents to hundreds of school children in the valley that was perfectly suited and sized for him.