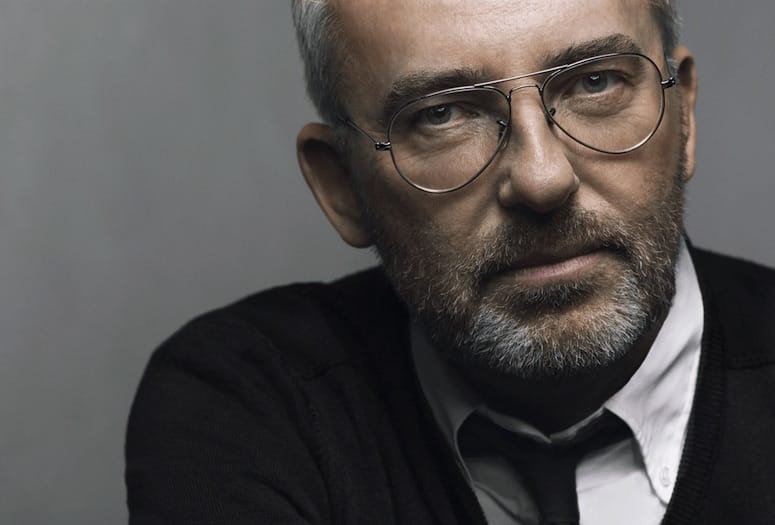 “Stylistically, people tend to put a bit of a stereotype on Palm Springs as being that ’50s or ’60s place, but I always see that as ‘cool,’" says GQ Creative Director Jim Moore.
PHOTOGRAPH BY NATHANIEL GOLDBERG

Ryan Reynolds, Kanye West, Tom Cruise, President Barrack Obama, and a big posse of other well-known fellas all took heed to Jim Moore’s impeccable fashion consult over the years. By all accounts, these famous gents all came out looking pretty dashing on the cover of GQ, the titanic men’s magazine where Moore has enjoyed a fabulous tenure as creative director for four decades.

Moore hits local fashion haunt Trina Turk / Mr Turk on Dec. 12 for a festive booksigning of his latest creation, Hunks & Heroes: Four Decades of Fashion at GQ. It’s a fiery display of artistic design and some pretty fine eye-candy as it chronicles Moore’s influential body of work at the magazine.

“I did the book kicking and screaming, because I am not someone that likes to look back; I like to look forward,” Moore admits. But he was encouraged by insistent friends and others who reminded him that he created an indelible legacy.

The book features a bevy of iconic GQ fashion looks, the magazine's inventive editorial shoots and eye-popping covers, styling tips, insights on developing one’s own personal style, and many stories about Moore's savvy ability to rework the look of the “everyday man.” This work contains 250 of Moore's iconic men's fashion photographs produced with internationally renowned image makers such as Peggy Sirota, Craig McDean, and Inez & Vinoodh.

“There’s a little history there with Jim,” Turk says. “Jim was one of the first fashion people to purchase a midcentury modern home here during the early days of the ‘rebirth’ of Palm Springs. Back in the early ’90s, Jim’s classic Donald Wexler-designed home was also the location my late husband, Jonathan Skow, worked at as a fashion stylist. It inspired us to search for our own house in the desert.”

It was around the same time that Moore and Skow teamed up on many projects for GQ.

“We’re so honored to be hosting Jim’s booksigning at our Palm Springs boutique,” Turk goes on. “He’s a legend in the menswear industry!” 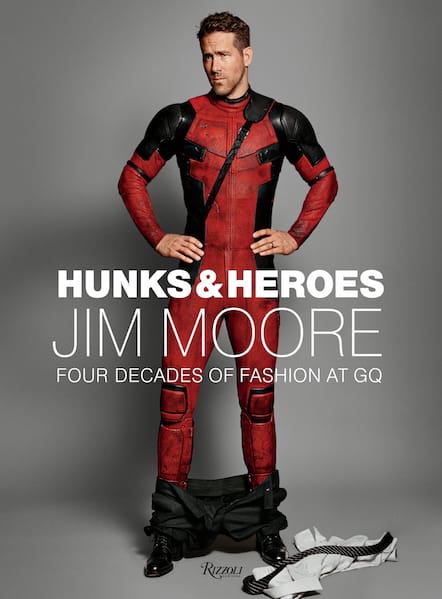 To be sure, Moore is inventive. He’s tried on clothes with Kanye for nine hours and dashed off to physcially taping a basketball to Michael Jordan’s hand for a shoot. During the filming of Mission Impossible 3, Moore had just four hours with Tom Cruise, who flew in for the fashion shoot and suggested that it to be near the airstrip he flew into. The man even made President Barrack Obama change his tie.

Moore says he put most of the book tour together himself. He went through his extensive contact list and partnered with intrepid creative folks and business owners he’s worked with in the past for multi-city mini-book soirees that are peppered with conversation, insight on the fashion world, nibbles, cocktails, and, of course, plenty of fodder about “hunks and heroes.”

“The encouragement of my friends and colleagues made things a little less daunting,” Moore says of the book tour, “but combing through more than 30,000 images, the book became a labor of love. I had a great art director and producer. I was able to do the book I wanted to do.”

When asked what it was — and still is — about fashion that truly held his interest over the decades, the Minnesota native immediately recalls the creative stirrings of his youth.

“From a very young age, I was always a very creative person and I could thank my parents for that,” he says. “But fashion, for me, has always been about creative expression. I was a fine artist for a while and dabbled in a few different things, but I always came back to fashion. It didn’t so much interest me in that I need to wear the clothes, it was more about my love of the art of making other people look incredible and create scenarios that were hopefully beautiful and artistic and spoke to people.”

"I’ve never really looked at Palm Springs as being anything but stylish. There’s something glamorous about Palm Springs. It’s the little town that has the style of the big city.’"

He remembers getting himself a copy of the now-defunct Mademoiselle magazine, which contained a list of fashion schools individuals could attend if they were interested in fashion. He spotted an ad at the bottom of one page for the Tobe-Coburn School for Fashion Careers and found himself heading to New York City for an interview.

“I wanted to be that person who went on shoots and help the photographer capture amazing visuals,” he says. “For me, fashion feeds my desire to not only look at clothes and edit them and give them a purpose, but also to work with photographers and help direct the shoot. With a magazine that comes out every month, I was really able to feed that fire constantly.”  Were there any souls in front of the camera that truly inspired him, where the shoot — everything from concept to final cover — seemed “bigger” than himself?

“I’m not starstruck and never have been,” Moore muses. “For me, it’s more like marching orders, so to speak, and it gets me excited. But I would probably say I was a bit ‘starstruck’ with President Obama and the cover we created. It was the coolest, freakiest experience I ever had. It wasn’t a traditional shoot. But for me, anyone who is up doing something outside of the box or anyone up for being photographed and being on the cover is kind of my hero.”

As for his thoughts on Palm Springs, Moore recalls buying his thoroughly modern Wexler home in 1993 and falling in love with the area. He considers it a refuge of sorts from his New York City life.

“I bought my house because I fell in love with the Wexler style,” Moore says. “Stylistically, people tend to put a bit of a stereotype on Palm Springs as being that ’50s or ’60s place, but I always see that as ‘cool,’ That’s when fashion was great. I’ve never really looked at Palm Springs as being anything but stylish. There’s something glamorous about Palm Springs. It’s the little town that has the style of the big city.’

Jim Moore will be in attendance for a book signing event for “Hunks & Heroes: Four Decades of Fashion at GQ from 5-7 p.m. Dec. 12, at Trina Turk / Mr Turk, 891 N. Palm Canyon Drive in Palm Springs. For more information, visit trinaturk.com.