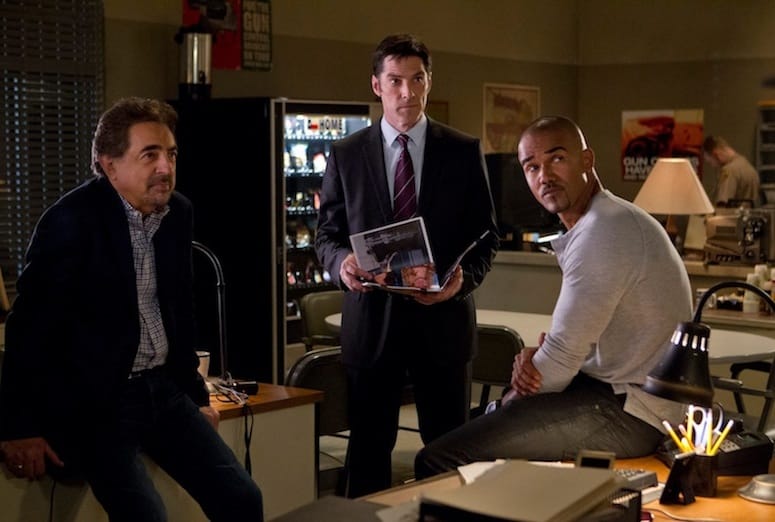 Real in the sense that the character’s name on the long-running TV series Criminal Minds comes from a LA police officer Mantegna knows.

But the rest is pure Mantegna.

“In some ways, I try to make the character an extension of myself,” he says. “I learned this awhile ago when I worked on (the drama) First Monday with James Garner. I was told it’s absolutely important in a television series to relate to a character that you might be doing for many years.”

In the show, Rossi often invites his investigative team to come together to share experiences, conversation, and bond over spaghetti dinners, often with wine and a special cigar. That’s a chapter out of Mantegna’s own habits. “(I remember saying) ‘I’d like to make the character Italian American because I can relate to that,” he recalls. “We all (the team of actors on Criminal Minds) have a very strong relationship with the writing staff and producers. I do make suggestions that come from my personal side.”

Mantegna has been part of the Criminal Minds cast since 2007, but his many credits also include film, theater, voiceover work, and writing.

• He won the Tony Award for his portrayal of Richard Roma in Glengarry Glen Ross, an honor he says, “changed my career”.
• He played Dean Martin in the film, Rat Pack , which earned him both Emmy and Golden Globe nominations, sharing, “I worked very hard on that film.”
• Mantegna﻿, a Chicago native, has also penned the award-winning play Bleacher Bums about being a Cubs fan, relating, ”it doesn’t matter if they win, but being a fan is most important.” The walls of the ballroom for the Frank Sinatra Celebrity Invitational celebrate its history.

Mantegna﻿ a strong philanthropic supporter and family man, has been involved in the Frank Sinatra Celebrity Invitational for the better part of 20 plus years. Originally asked to participate in the golf tournament by good friend and fellow Chicagoan Tom Dreesen, he recalls, “It was 1994, I think. An incredible event. I took a tour of the hospital …what a wonderful and magical facility and charity. As luck would have it, I was on the winning team and Tony Bennett, a dear friend of mine, and Frank Sinatra performed at the gala. It’s now, something I look forward to every year.”

“It’s like a reunion in the desert,” he says. “Always a treat. It’s a wonderful place to be.”