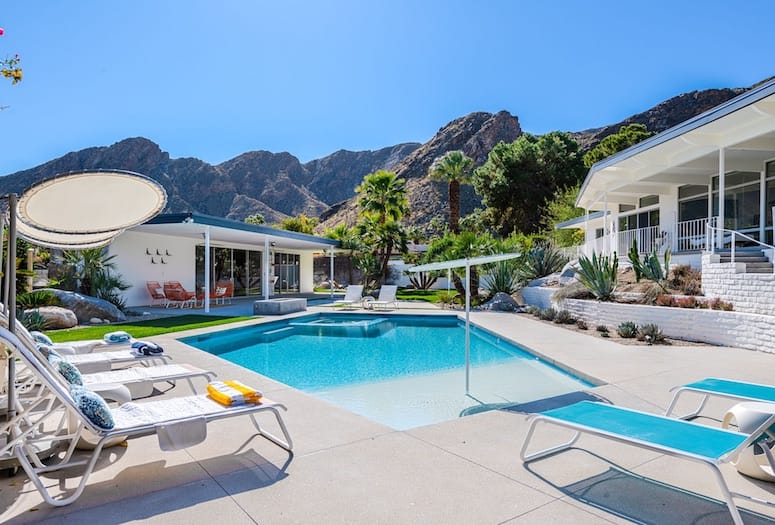 The design of this Thunderbird Heights home comes just under 4,000 square feet on a half acre in Rancho Mirage.
PHOTOGRAPHS COURTESY BENNION DEVILLE HOMES

Joe Pawling built more than 400 homes in Greater Palm Springs, the majority in the 1950s including this 1957 desert palace located on a half-acre lot inside Thunderbird Heights.

Considered a “master builder” because of his design of “The House of Tomorrow” and the William Holden estate in Palm Springs, Pawling also joined forces with (Don) Wexler & (Richard) Harrison, and Hugh Kaptur.

Pawling was born in Wisconsin but by the time he was 8 years old, Palm Springs was his home. Pawlek’s father. Albert Stark, was described in newspaper articles as a “millionaire barber”. His chain of barber shops served the big midwest hotels and he subsequently became owner of some of the region’s largest hotels.

While traveling to Hawaii from Milwaukee, Stark stopped in Palm Springs where he found that his miserable allergies disappeared. He wound up staying and built a home in 1926 at 334 Hermosa Place in Palm Springs that still stands today.

Pawling graduated from Frances S. Stevens High School in Palm Springs in 1940. After a year at CalTech in Pasadena, Pawling joined the Navy and returned home to Palm Springs in 1945. By 1950, he was building his family’s first home at 1324 San Lucas, and Pawling’s career took off from there. 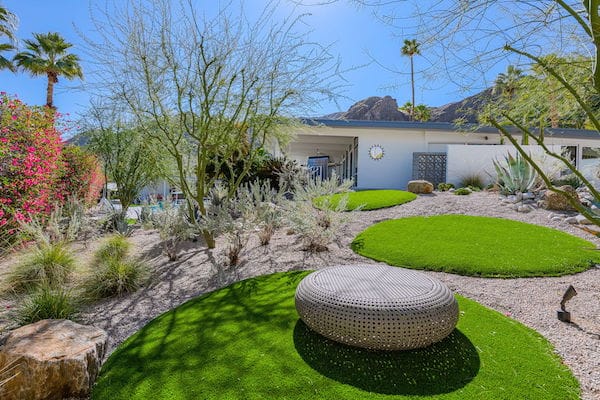 By the late 1960s, Pawling began to travel to Alaska and Hawaii. He returned to Palm Springs in his later life and died in 2002 at the age of 80.

The design of this Thunderbird Heights home comes just under 4,000 square feet with two one bedroom guest houses centered around slick landscape and a kite-shaped pool/spa with two fire features. The living area with fireplace and kitchens sets the larger guest house apart. The main house offers three bedrooms and three bathrooms. It sits on the sloping mountain lot and appears to float above the larger of the two guest houses below. The extra-larger master suite at one end of the property has a wet room bath. and also has extraordinary views

Expansive covered outdoor living spaces with tree top add up to extraordinary mountain views. Although the home has undergone extensive renovation, the restoration efforts have kept much of the midcentury charm intact. 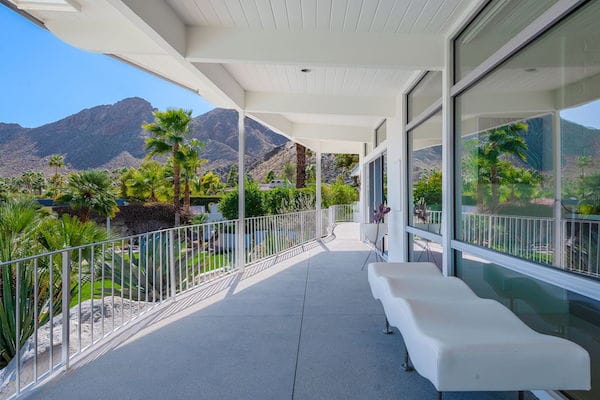