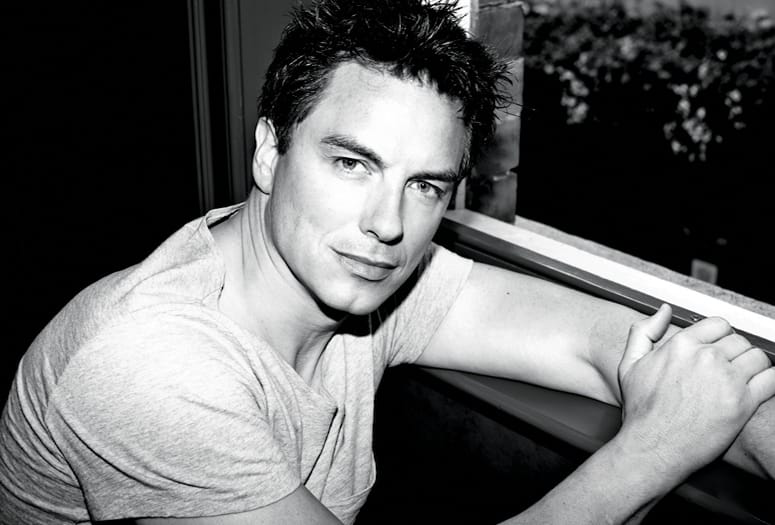 John Barrowman has performed all over the world — on Broadway, in London’s West End, on television shows like Doctor Who, Desperate Housewives, and Arrow — but the Palm Springs–based actor and musical theater star has appeared only once for a Coachella Valley audience: at the 2016 Palm Springs Art Museum gala, titled Once Upon a Time in the Land of Art.

After five years of declining invitations due to scheduling conflicts, Barrowman will appear April 24 in Michael Childers’ One Night Only: Broadway Showstoppers at the McCallum Theatre — a musical extravaganza helmed by Broadway choreographer and director Larry Fuller to benefit the Barbara Sinatra Center for Abused Children. The show’s other  performers include Lucie Arnaz, Brent Barrett, Davis Gaines, Alix Korey, Valarie Pettiford, Nita Whitaker, and Karen Ziemba.

“I have known Michael Childers for quite some time,” Barrowman says. “And since [my husband and I] came to the desert to live, [Childers] has asked me every year if I would be involved. And I would always say, ‘Yes, with my time availability, of course.’ And for the last five years, I’ve said yes and then had to pull out.” (While appearing on a hit primetime series like Arrow is a blessing for any actor, it has a way of hindering one’s availability.)

In 2017’s Season 5 finale, Barrowman’s character died — although in the Arrowverse, it seems, no one’s ever really dead — and the actor came upon more time to perform elsewhere, including at Childers’ event. “I saw Michael last November, and he said, ‘Can you do it?’ I said, ‘I’m booking it in now.’ ”

Childers is grateful. “I’m very excited to have John in the show,” he says. “I’ve been chasing him for years. I lived in London for a time, and I saw him sing at the Albert Hall in front of 5,000 people. Sold out. He’s a superstar wherever he is. What a gift to the desert to have him here.”

While declining to reveal what songs he will perform at One Night Only (“I know I’m doing a duet, and I know I’m doing a solo,” Barrowman hints), he confirmed it would be something composed by Andrew Lloyd Webber — which thrills him. “I know Lloyd Webber really, really well,” Barrowman says. “Andrew and I did three shows for the BBC that won international Emmys. I’ve recorded for Andrew, I’ve done Phantom for Andrew, I’ve done Aspects of Love for Andrew. I’ve skinny-dipped in Andrew’s swimming pool in Ireland, and I’ve swam at his house in the south of England. Yeah, he’s an amazing man. You cannot deny that his music pulls at your emotions and your heartstrings.”

Born in Scotland and the youngest of three children, Barrowman moved with his family to the United States when he was 8 years old. He grew up in the Illinois towns of Aurora and Joliet; his father was a vice president for Caterpillar Tractor Company. The lifelong performer learned to adapt at an early age.

“My true accent’s Scottish,” he says, effortlessly launching into it. “When I’m with my mum and dad, I speak Scottish — and also when I’m with my brothers and sisters. The American accent,” he continues, dropping the lilt, “is something I learned to do as a result of being bullied. I knew I was going to be bullied for being gay — I knew from the age of 9 that I was gay — but I thought, I’m not gonna be bullied for two things. So, I learned to speak like this.”

In addition to performing, Barrowman has written nine novels with his sister and two memoirs. He says that he and his husband, Scott Gill, love living in Palm Springs. “Though my work often takes me away, this is our base. I have lived in many places: Nashville, Tennessee; Glasgow, Scotland; central London; Los Angeles. They’re all beautiful in their own right, but nothing beats waking up in the morning here, to the beautiful sunshine and that mountain with snow on the top.”