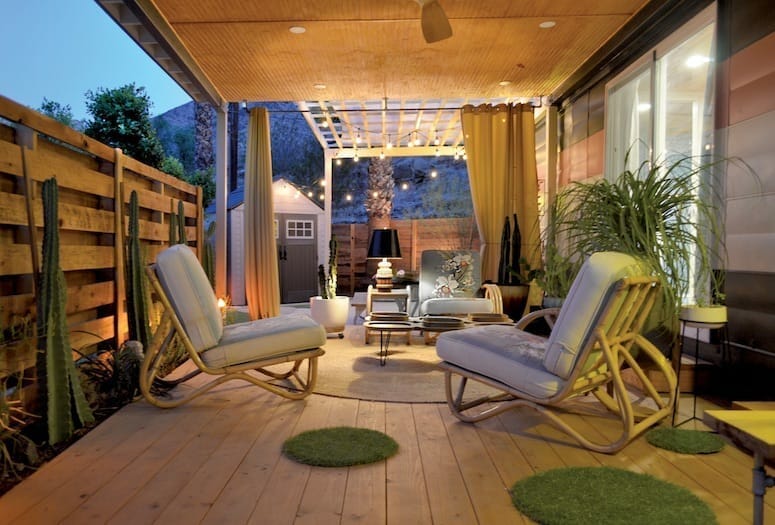 John Ruggiero is enjoying his new life in the desert, hanging out in his redesigned trailer named Lucille.
PHOTOGRAPHY BY HENRY CONNELL

A quick scroll through his Instagram account might give the impression that John Ruggiero (@jugg8) designs trailers. And hair. He does both, but neither is his current focus. He’s a full-fledged interior designer who is building a name for himself in his second career with the same grounded grit and creativity that launched his first. 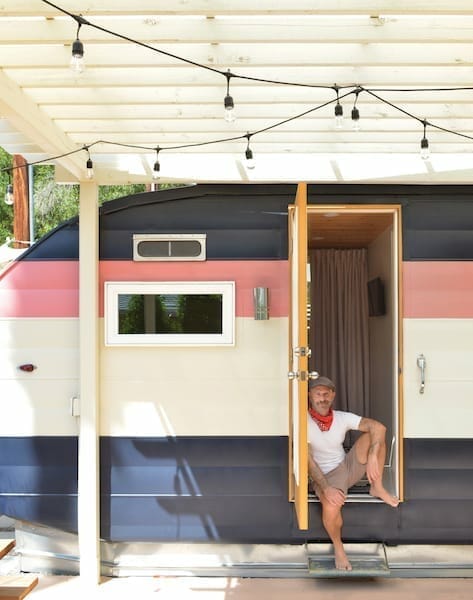 “I love Palm Springs so much,” he says. “I’m such a geek for this place. I lived in L.A. for 16 years and never connected with it."

After 10 years styling hair for runways in New York and Europe and another 10 coiffing celebrities in Los Angeles, Ruggiero had seen his work on the covers of the Sports Illustrated Swimsuit Edition, Vogue, Elle, and Harper’s Bazaar. “I had hit every goal in the industry I wanted to hit,” before social media, he says, spoiled his profession. “Having to post all your secrets wasn’t what I signed up for.”

So, he moved into his weekend home in Palm Springs to start an interior design business. When the pandemic took hold, he found himself renovating a 1953 trailer after purchasing it on the spot with a $5,000 check. “My friend lives across the street,” he explains. “It was boarded up and in complete ruin. But I could see the lines, and I fell in love with it.” 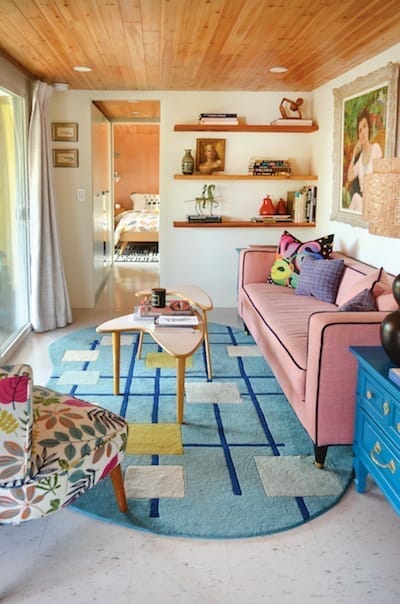 The completed interiors  and back deck were “a project to keep me going” last year, Ruggerio says. 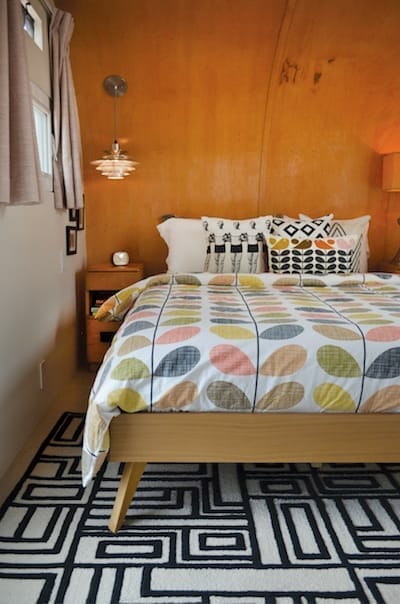 His design approach pulls from his 20+ years in fashion. A room is less about a certain chair and more about a feeling. He refinished every inch of the 8-by-40-foot, newly striped 1950s throwback that many people have told him was used as a makeup trailer by Desi Arnaz.

Rebuilding its brokenness was more cathartic distraction than serious design, he notes, but there’s plenty of that, too. His Instagram videos captured the process, spurring attention he never expected. 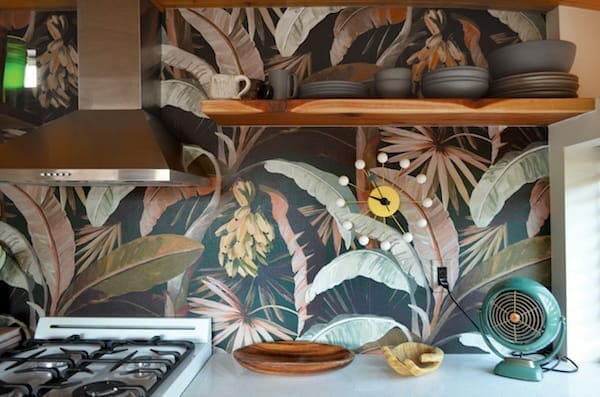 “I’ve always been into interior design. If you’re a creative person, you can jump from one thing to another.”— John Ruggiero

“It was basically me messing up a lot,” Ruggiero laughs. “And I had a couple nervous breakdowns, which I think people relate to more than someone being fabulous all the time.” Variety caught up with him and wrote a story; a friend asked him to star in a trailer design reality show. (“That never went anywhere, thank God,” he adds.)

Now he rents his Hugh Kaptur-designed home on Airbnb and lives in his trailer. “It’s kitschy and super fun,” he says. “I’m like a 19-year-old kid just starting out, living in a tenement on the Lower East Side. It’s humbling because I really want this. I’ve had the big house but this feels cool, like I’m reconnecting to the person I am.”

Not to be pigeonholed, Ruggiero and architectural designer Todd Johnston are partnering on projects of various scopes and styles. Their firm, johnston/ruggiero, has a half dozen in the works, including a substantial redo for the new owners of the Mesa Modern house featured during Modernism Week in 2020.