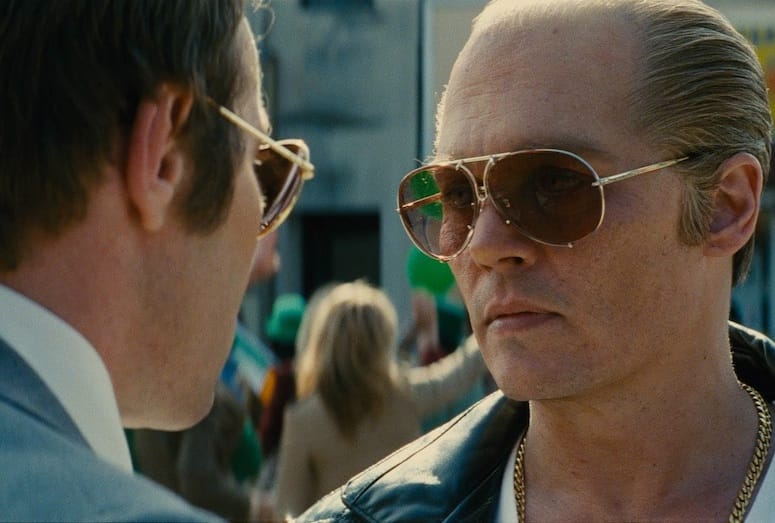 Each year the festival, which runs Jan. 1-11, selects an actor and actress to receive this award.

“Johnny Depp is one of the most versatile and dynamic actors of our time,” said Festival Chairman Harold Matzner. “In his latest film, Black Mass, Depp, in a stunning transformation, creates a gripping and multi-layered portrait of infamous gangster James ‘Whitey’ Bulger. He delivers an astounding performance that has earned raves from both critics and audiences and is sure to garner awards attention.”

Depp can currently be seen in Black Mass, which tells of the unholy alliance between ruthless mobster James “Whitey” Bulger (Depp) and childhood friend-turned-FBI agent, John Connolly (Joel Edgerton). The bond, forged growing up on the streets of South Boston, would test the limits of loyalty in a town that answers to its own unwritten code. Blinded by ambition, Connolly convinces Bulger to inform on their common enemy, the Italian Mafia.

The deal allows Bulger to expand his criminal empire with complete impunity, threatening to destroy both men, their families, and the very city that made them. Based on true events, the film is directed by Scott Cooper and features an ensemble cast, also including Benedict Cumberbatch, Rory Cochrane, Jesse Plemons, Dakota Johnson, Julianne Nicholson, Kevin Bacon, W. Earl Brown, David Harbour, Corey Stoll, Peter Sarsgaard, Adam Scott and Juno Temple.

Depp is a three-time Academy Award nominee for Best Actor for his work in Finding Neverland, Pirates of the Caribbean: The Curse of the Black Pearl and Sweeney Todd: The Demon Barber of Fleet Street.