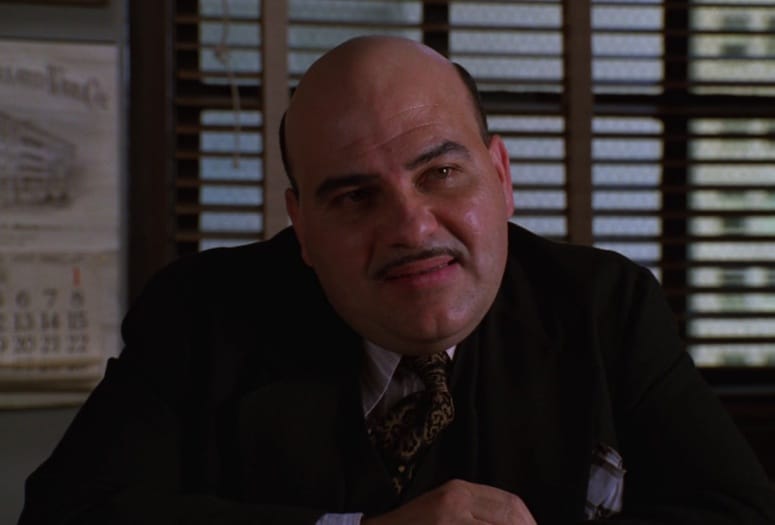 Jon Polito earned a role in the Joel and Ethan Coen-directed film, Miller's Crossing, and will appear for its screening at the 16th Annual Arthur Lyons Film Noir Festival on May 14 at Camelot Theatres in Palm Springs.
Photo courtesy of pixgood.com

Jon Polito recalls reading for the role of Eddie Dane, the mob's enforcer in the Joel and Ethan Coen-directed film, Miller's Crossing.

"I was 39 years old and obnoxious, and was reading the part of a 50-year-old," he says. "Two and a half months afterwards, the Coen brothers call me in and made me read the whole scene for Johnny Caspar."

J.E. Freeman wound up being cast as Dane, while Polito earned the first of several roles in Coen films. He would also appear in Barton Fink, The Hudsucker Proxy, The Big Lebowski, and The Man Who Wasn't There. Miller's Crossing will return to the big screen as the opener to the 16th Annual Arthur Lyons Film Noir Festival on May 14. The festival runs through May 17 at Camelot Theatres in Palm Springs.

Polito, who will participate in a Q&A after the film screens at 7:30 p.m., has a memorable speech in the beginning of Miller's Crossing in which his parents say defines the movie about death and war. Polito says he loved playing the role of Caspar, who was not smart, but rather a comical character.

"When you're the third or the fourth lead in a film, you just find your niche, your 'Warner Brothers character," he explains.

Polito recalls when the movie was first released, it was knocked by the New York Times, which recently came out and called the film a "classic," according to Polito.

"Yet, when it first came out in 1990, the paper was rough on all our different voices," Polito says. "It's kitsche, but yet a classic. Kind of like me. It's a wonderful tribute to Film Noir, and has got a lot of noir elements." Polito says his accent wasn't particularly defined as New York, Chicago or Italian for that matter.

"They were musical lines written by the Coen brothers," Polito explains. "It was like hearing Beethoven's Fifth. It rang out to me and was easy for me to wrap my mouth around."

He says he was able to memorize the dialog quickly, drawing from the "street music" of his native Philadelphia. He pulls from a "library" of roles that he's perfected over the years from many TV and movie roles, much like his early idols, Lon Cheney, Bette Davis, and Charles Laughton.

"I loved playing the bad guy," Polito laughs. "Who wants to play Cinderella?"

Polito won an Obie Award when he was only 29 years old for Off Broadway theater. He's also worked with Marlin Brando, Dustin Hoffman, and other movie greats.

"When they would walk off the set, they would make jokes," recalls Polito of his time with Hoffman and Brando. "Much like a child treats a game. Like let's play Army. Brando was private about his personal life, but liked to tell fart jokes."

Although Miller's Crossing wasn't set in any particular location, it was shot in New Orleans.

"New Orleans is a great city," Polito adds. "It's got a special darkness to it, and has a wonderful undercurrent."