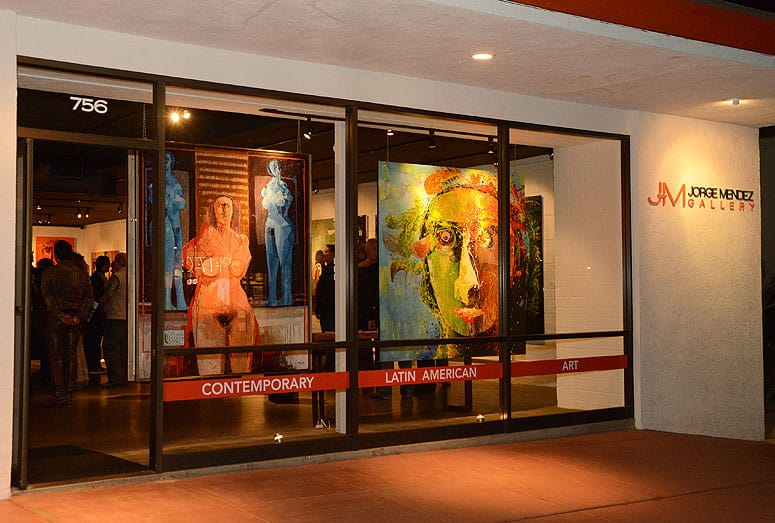 Not since the early 1990’s has a Palm Springs gallery mounted a major exhibition by master painter Vladimir Cora. On Friday February 7th the Jorge Mendez Gallery opened a major exhibition of Cora’s most recent paintings and sculptures and hosted the artist’s reception – celebrating his return to Palm Springs. Vladimir Cora became known for his art in the seventies and was still a relatively young contributor to the local gallery scene in the 1980’s and 90’s. Throughout the years, he has maintained a consistent identity, using vibrant colors in a minimalist style. His use of light and form shows influence from master painter Rufino Tamayo, whom he met in 1978 and remained his student from then until his mentor’s death in 1991. Since then, Cora has risen to the heights of his great teacher.

With more than 50 paintings, sculptures and mixed media pieces presented, the solo exhibition is rich both in color and culture – including many pieces executed with his iconic “head paintings” – representational of the Cora Indigenous group of Nayarit, Mexico. Stop by the Jorge Mendez Gallery between now and the end of March and be re-introduced or discover for the first time, the magnificent works of a Mexican Master – Vladimir Cora.