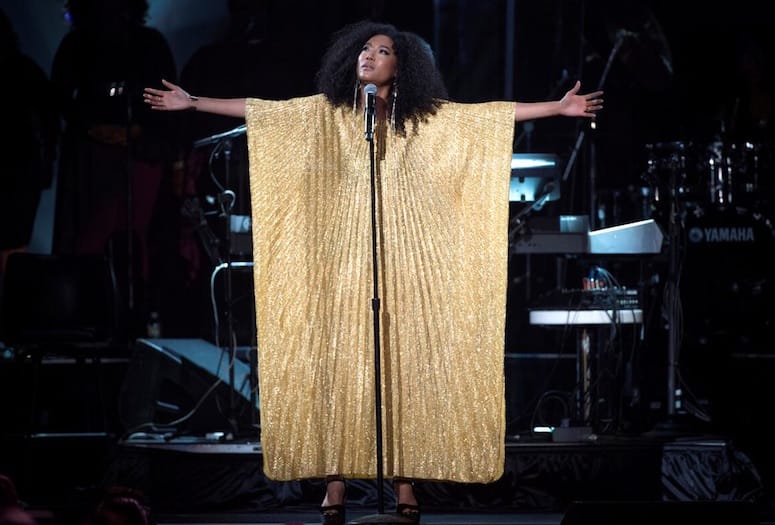 When you’ve had the “pinch-me-is-this-really-happening?” pleasure being a backup singer for the likes of Stevie Wonder, Elton John, Josh Groban, and Michael Jackson, you’re bound to walk away understanding music differently. In fact, you may devote your life to serving the craft.

That’s what Judith Hill has done. But it almost didn’t happen that way.

At one point, not too long ago, Hill was flat broke and about to declare bankruptcy, all the while pondering the precarious road ahead. Then the doorbell rang. When she opened the package that had been delivered to her, she pulled out a Grammy Award trophy for her work in the acclaimed documentary 20 Feet From Stardom, an eye-opener that shed light on the oft-underreported journeys of back-up singers to some of the industry’s top talents

Something shifted for Hill in that moment. She’s been carving out a significant path for herself in the music industry ever since. You can experience her onstage Oct. 5 at the Palm Springs Women’s Jazz Festival, just one part of the vibrant tapestry that is Palm Springs Women’s Week, running Sept. 29-Oct. 6 at various locations around the valley.

“I’m excited to perform at Women's Week,” Hill says. “It will be a very organic, stripped-down acoustic set. We've been doing a lot of big shows with the full band, but this one will be more intimate.”

Making intimate, soulful connections through gatherings, art, and conversation is one of the key tenets of Palm Springs Women’s Week, produced by Gail Christian and her partner, Lucy DeBardelaben. For Hill, it’s another opportunity to connect with audiences and share a talent that she’s done since she was a child – she wrote her first song, “God is Made,” when she was 4; her mother was a classically trained pianist, her father a funk-tastic crooner with Sly and the Family Stone.

“Growing up with talented parents was an incredible experience,” Hill says. “From an early age, I began to soak up all the good soul, funk, jazz, and classical flavors. To this day, I perform with my parents. They are in my band and we have a powerful chemistry.”

At times, Hill’s journey reads like a fairy tale. Not many people get to work with so many music stars, but she has.

“I feel truly blessed to have worked with so many legends,” she admits. “It’s a humbling experience because it teaches you how to appreciate music in a deeper way. Experiencing greatness helped me understand that it’s more than just success and glamour – it’s a sacrifice and a service to the people. “ 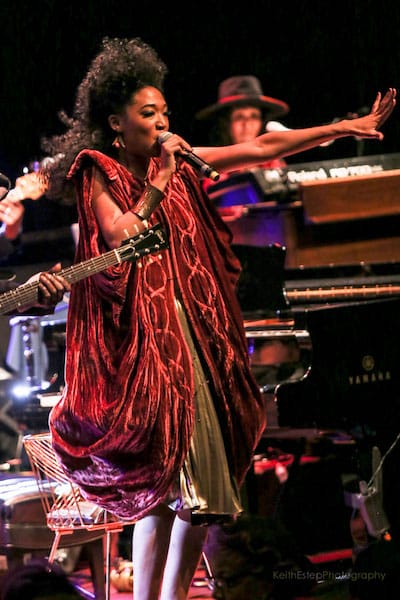 Judith Hill performed on The Voice, noting “It’s a very educational experience of learning what connects and what doesn't, and what parts of your work people can relate to and what parts seem foreign.”

Working with Michael Jackson prior to his death in 2009 was a major turning point. Hill was selected as Jackson’s duet partner in the much-anticipated This Is It tour, but the tour was cancelled due to the singer’s death.

“I loved Michael’s imagination. It was so magical, peculiar, and fascinating to be apart of,” she muses. “He inspired me to dream big and to dream colorfully. He taught me to go bigger on stage and take that soulful energy and magnify the expression.”

Hill took that to heart. She captured global attention when she performed as the lead, singing “Heal The World” at Jackson’s memorial service in July 2009. The performance paved the way for an even brighter future. Several years later, Hill became a frontrunner on the fourth season of The Voice, absorbing the mentorship of the show’s co-host and Maroon 5-helmer Adam Levine.

“That was an interesting experience because I learned who I was to America,” Hill says of The Voice. “It’s a very educational experience of learning what connects and what doesn't, and what parts of your work people can relate to and what parts seem foreign.”

When Hill was invited by another music legend, Prince, to his Paisley Park, Minnesota, lair to jam with his band, it triggered another milestone. Hill had been a lifelong Prince fan but when the icon also asked Hill to send him her songs, the encouragement fueled her creative drive in new ways, leading to her debut album Back in Time, which dropped in 2015 to stellar reviews.

“Prince taught me how to create great grooves, arrangements, and parts,” Hill says. “Writing songs as a performer is the best because you are imagining what needs to happen on stage. It’s a great way to make a record.”

When asked what she loves most about singing and how she feels when she performs, Hill is candid. “Singing and performing allows me to tap into the invisible,” she says. “There's something very spiritual about music. The best part is when you've built up so much momentum from show after show, it becomes like a vortex of power and euphoria.”

Is there one song title that best describes her life?

“The song “Wanderer” from the new album I'm working on,” she says. “The song best describes my life right now. It’s about my journey and the places it’s taken me over the years.” 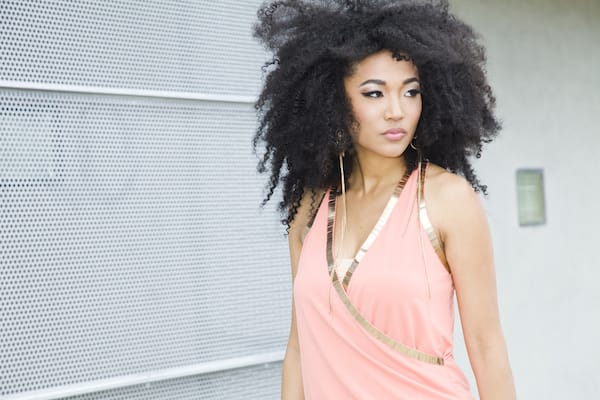 • Looking for more Things to Do in the desert? Visit our Attractions page.