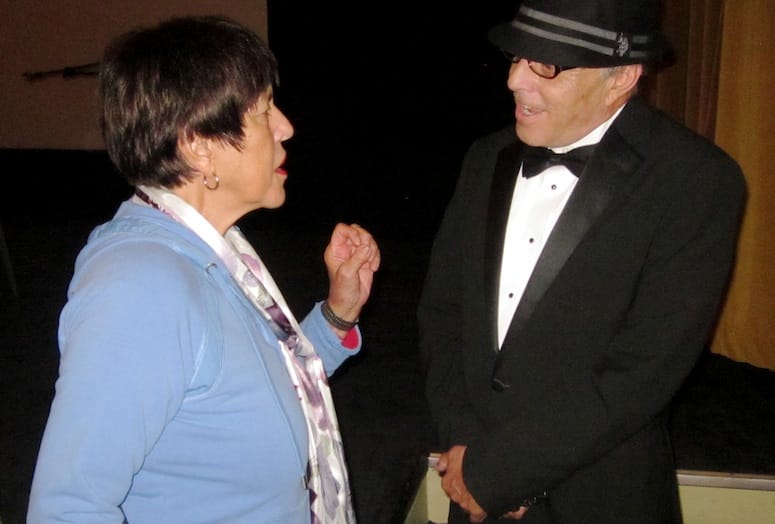 Joey Luft  says low ratings led to the cancellation of The Judy Garland Show, but the starlet’s son also recalls how his mother reacted to the news.

“She called the president of the United States (John F. Kennedy) and told him they were canceling her show,” Luft laughs. “She asked if he watched the show, and he said, 'Yes'. So then she hangs up and says, ‘Well, if my show’s good enough for the President, then it should be good enough for the rest of the country!” Gowns worn by Judy Garland on stage and in films were on display.

For nearly two hours at the Camelot Theater on Oct. 18, Garland’s star was reborn through her son's show, A Judy Garland Concert With Joey Luft. The evening included looks at rare photos, colorized clips from her variety show, along with a collection of gowns.

Unlike his two famous sisters, Liza Minnelli and Lorna Luft, Joey Luft has kept mostly out of the spotlight until this year when his show coincided with the 75th anniversary of The Wizard of Oz. Many of the big screen photos showcased Garland with Sidney Luft, Joey’s dad, a producer who was instrumental in reviving her career.

“My dad produced A Star is Born for her, and she memorized all of her lines the first day,” Luft recalls. “And The Man That Got Away was the 11th greatest song in American cinema history (by the American Film Institute)”

A Star is Born brought Garland a Golden Globe award for Best Actress in a Musical or Comedy and earned her an Oscar nomination.