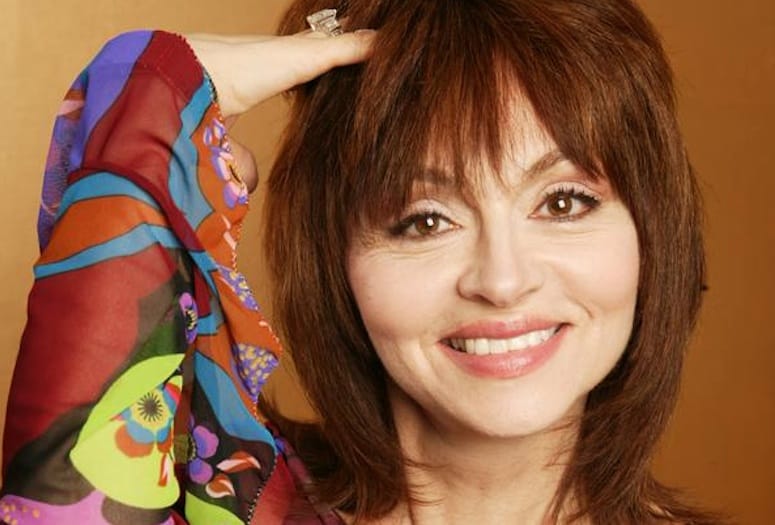 Judy Tenuta is an outrageous force of funny.

She tells of the time she was playing the role of  “a bitchy, ungracefully aging actress, Zania.”

“During the filming of a limo scene on the red carpet, I realized I had pantyhose on and I didn’t want the camera to see them with my heels. I asked my cast-mate to look the other way (which he did) and I’m taking off my pantyhose…and Hello Hollywood! A crewmember opens the limo door and says, ‘We’re ready to go’… and the camera guy got a great view of my butt. True story.”

Tenuta will join Michael Childers, Ted Casablanca, Ruta Lee and Bruce Vilanch as a guest at “Hollywood Dine and Dish II: A Star-studded Dining Event to Support AIDS Assistance Program” at 7 p.m. Nov. 1 at a private estate in Palm Springs. • She’s known as The Love Goddess because she says, “I believe all women should be worshipped.” She’s adds, “I’m single and looking for a rich love hog that worships me.”

• Most recently, Tenuta has become an ordained minister.

• She also just found out that she was nominated for a Best Actress award for her role as Sister Mary at the Laugh or Die Comedy Fest…the 2012 event. “Wow, that’s really great…I didn’t even know that I was up for an award. I love these surprises.” Tenuta was not always this forthcoming, describing herself as a “shy delicate flower” while growing up in a huge Italian and Polish family in Chicago.

“I didn’t hear myself speak until I was 17,” she says. “I went to the University of Illinois and a college friend brought me to theatre class. I fell in love with it and I thought, ‘I haven’t been heard for 17 years…I want to do this!’”

Tenuta quickly rose to national recognition by playing comedic characters, touring with legends like George Carlin, and appearing on the HBO special, Women of the Night, costarring Ellen DeGeneres, Paula Poundstone, and Rita Rudner. She went on to become the “Spokes-Goddess” for a series of Diet Dr. Pepper commercials as her own comedy specials grew in popularity.

For the Nov. 1 event, Tenuta promises “little anecdotes about my Hollywood encounters with such stars as Bea Arthur, Olivia Newton John, and Joan Rivers.”

“Please tell (people) that anyone who comes to this event and meets the Love Goddess, you will definitely have a party in your pants,” she adds.

“Hollywood Dine and Dish II: A Star-Studded Dining Event to Support AID’s Assistance Program” at 7 p.m. Nov. 1 at a private estate in Palm Springs. The location will be revealed upon RSVP.  For information, visit www.aidsassistance.org or call 760-325-8481.