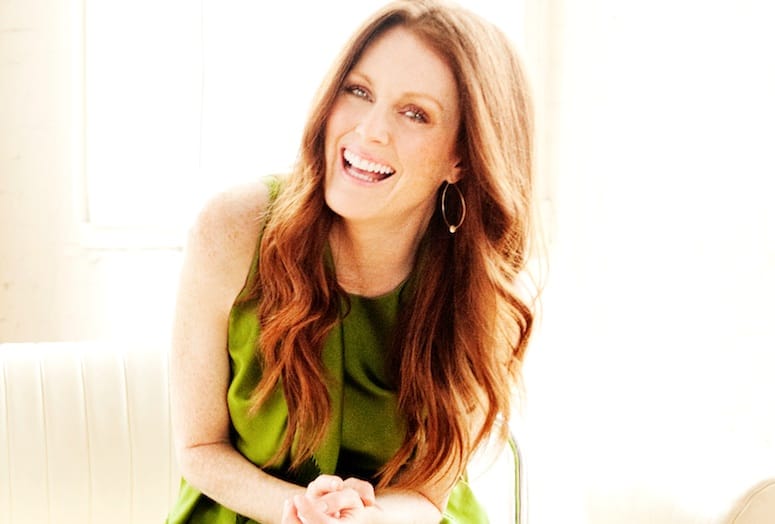 Each year the festival selects an actor and actress to receive this award. The Festival runs Jan 2-12, 2015.

“Throughout her career, Julianne Moore has delivered a wide range of extraordinary performances, from such diverse Oscar-nominated films as Boogie Nights and Far from Heaven to this year’s Cannes win for Best Actress in the riveting Maps to the Stars,” said Festival Chairman Harold Matzner. “In her latest film Still Alice, she faces one of her most demanding and challenging roles as Alice, a woman diagnosed with early-onset Alzheimer’s disease. Moore delivers another career-defining performance that is sure to captivate audiences and bring attention to this devastating disease.”

In Still Alice, Moore plays Alice Howland, happily married with three grown children, and is a renowned linguistics professor who starts to forget words. When she received diagnosis of early-onset Alzheimer’s disease, Alice and her family find their bonds thoroughly tested. Her struggle to stay connected to who she once was is frightening, heartbreaking and inspiring. The Sony Pictures Classics film stars Moore, Kristen Stewart, Kate Bosworth, Alec Baldwin, Hunter Parrish and is directed by Richard Glatzer and Wash Westmoreland.  The film is being released in New York and Los Angeles for a one-week qualifying run on Dec. 5 and opens Jan. 16, 2015.

Moore’s notable films include the remake of Carrie; Non-Stop; Crazy, Stupid, Love; The Kids Are All Right; A Single Man; The Forgotten; What Maisie Knew; The English Teacher; Laws Of Attraction; Chloe; 6 Souls; Blindness; Savage Grace; I’m Not There; Children Of Men; Hannibal; Jurassic Park: The Lost World; The Fugitive; Nine Months; Benny & Joon; The Hand That Rocks The Cradle; The End Of The Affair; Boogie Nights; Magnolia; Cookie’s Fortune; Short Cuts; Don Jon; Gus Van Sant’s re-make of Psycho; Safe; Vanya on 42nd Street; Surviving Picasso; and The Big Lebowski. Moore will next be seen as President Alma Coin in The Hunger Games: Mockingjay. Next year she will star in The Seventh Son due out Feb. 6, 2015 and Maps To The Stars. She is currently in production on the indie drama, Freeheld.

Moore is a four-time Academy Award nominee, eight-time Golden Globe nominee, six-time SAG Award nominee, four-time BAFTA nominee, and a three-time Independent Spirit Award nominee winning in 2003 for Far From Heaven. In 2012, she won the Primetime Emmy award for Outstanding Lead Actress in a Miniseries or a Movie for her role as Alaska Governor Sarah Palin in the HBO original movie Game Change. This role also garnered wins at the 2013 SAG Awards and Golden Globe Awards.