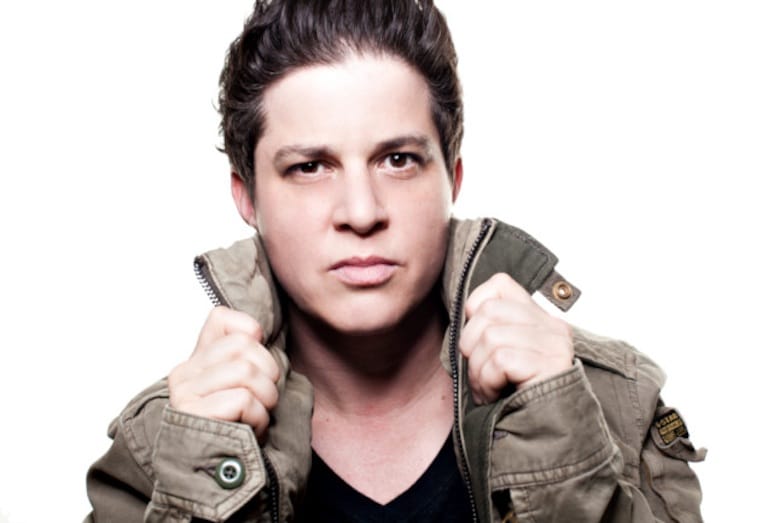 “You never know,” says formidable stand-up comic and actress Julie Goldman. “There is always that fear of not being funny.”

Goldman has established herself as a self-assured, open, and friendly comedian that likes to push the envelope in her performances. She’s been known to play the guitar as part of her repertoire, and her shows are high-energy if not down right edgy at times.

She is Jewish and a lesbian, describing herself as “super, uber, mega gay” and says, “I’m very opinionated and not shy about expressing my feelings. I’m not necessarily politically correct.”

In addition to her stand-up, Goldman has been featured in numerous shows including:

• Butch in the City

She’s earned accolades and numerous opportunities to share her wit, including playing Deborah on FOX’s The Mindy Project in which she played the girlfriend of lesbian character, Dr. Jean Fishman. Goldman would love to land a regular role on a television series in which she acts and writes, as well as find a bit of time to “slow down.”

However, Goldman has not had a lot of spare time of late. She’s been on the road doing stand up, working on several projects including Oxygen’s Funny Girls and Bravo’s The People’s Couch. When she’s not performing, Goldman says she spends time at home, hanging with her dogs and “chilling.”

Goldman will come to the desert June 13 to perform with fellow comedian Keith Michael Ashton at the popular Comedy Night Palm Springs event hosted at the Purple Room Restaurant and Stage in Palm Springs.

“I hope someone will be offended (speaking about her material)," she says. "Right now I’m having fun with Bruce Jenner and the Duggart family. But, ultimately, I want people to have fun and laugh.”