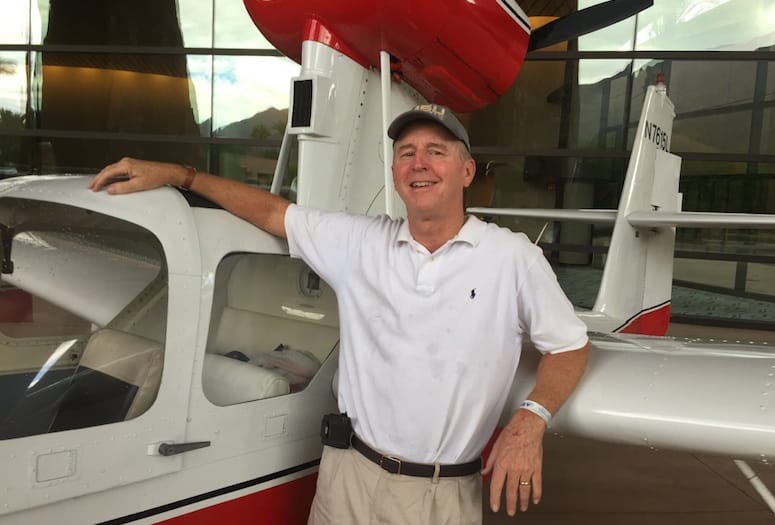 VIDEO: Gain a participant's view of the Parade of Planes in Palm Springs.

It may have rained on his parade, but that didn't dampen the enthusiasm of pilot Dewey Slattery, who was the lead aircraft in the Parade of Planes to help kick off the Flying Aviation Expo at the Palm Springs Convention Center.

Nearly 40 aircraft – twice as many as in 2014 –  taxied from the Palm Springs International Airport through a designated route on the streets of the city and parked just outside the convention center. It's one of the most unusual spectacles of the year, and the most spectator friendly parade in the city.

The Flying Aviation Expo presented by Scheyden runs through Oct. 17 when the parades will make their way back to the airport in a reverse parade run. The day began with planes parked at Desert Springs Hangar next to Palm Springs International Airport. Gotta do the selfie – Dewey and I. Rain initially greeted us on the parade route. The plane's cockpit is covered by a window that can be lifted to be open either on the pilot or passenger's side. I asked for the open side. A look behind us. We're on our own. As we approached the turn onto Avenida Caballeros, the sun was coming out. Dewey initially thought his plane would sit in front of the convention center, but they had other plans. After some maneuvering, it did.