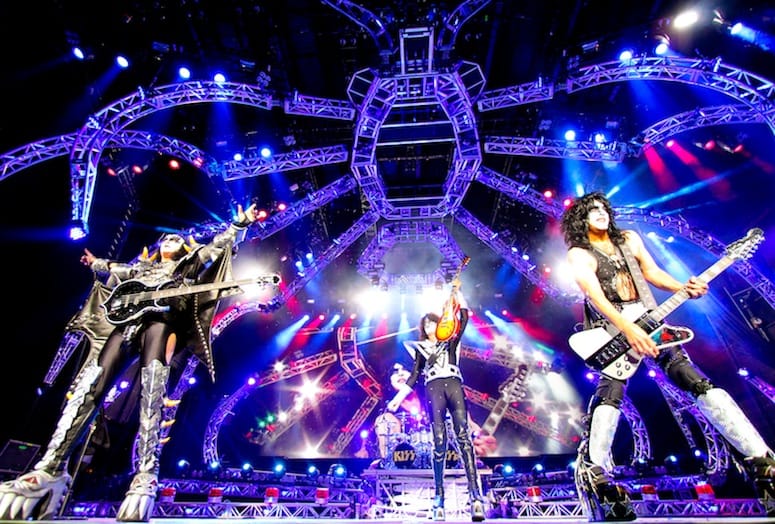 Even after 40 years, KISS still packs a powerful rock show on stage.
PHOTO BY AL SOLURI

Even after 40 years, KISS subscribes to the self-proclaimed maxim, “you wanted the best, you got the best whenever they perform live,” and guitarist/vocalist Paul Stanley says they are not about to stop delivering the goods anytime soon.

“From the very beginning, we did what we had to do, and we knew, sooner or later, everybody was going to see things our way,” says Stanley, a.k.a. The Starchild. “Whenever I hit the stage, I try to make sure I can live up to what my heroes did, and live up to what the fans expect.”

KISS are on tap to play their heaviest-hitting hits — including Rock and Roll All Nite, Deuce, Lick It Up, and Detroit Rock City — Oct. 30 when they storm the Morongo Casino Resort Spa in Cabazon.

During a short tour break, Stanley discussed why he loves Southern California, what to expect in the band’s set that night, and why KISS will always endure.

Do you recall the very first time you came out to Southern California?
Paul Stanley: “Yes I do. It was for the launch party for the release of the first [self-titled] KISS album in February 1974. We were put up at the Chateau Marmont [in West Hollywood]. All of us in the band shared, I believe, a Chevrolet Nova, so we all had to decide, as a group, where we were going, so nobody could take the car on their own.”

“The clubs I was going to seemed to treat anybody who could play the guitar like royalty, so it was quite a change. I spent many years coming out here — not only to play musically, but also to ‘play’ on a daily basis. 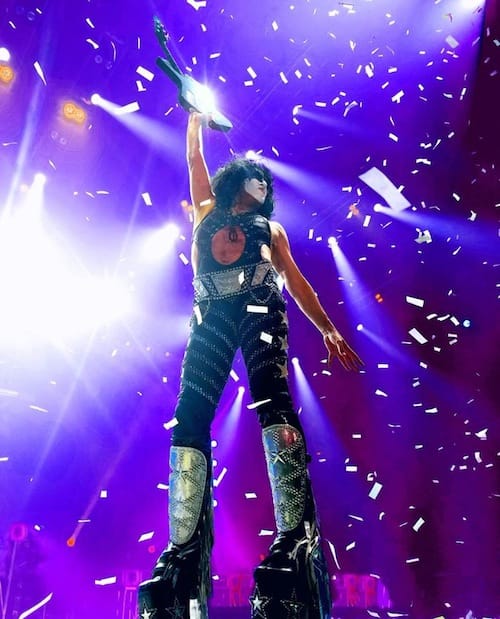 PHOTO COURTESY OF PAUL STANLEY ON FACEBOOK
Paul Stanley has made a point to escape to Palm Springs often.

I really found myself in a recreational mode out here. And then in 1990, I uprooted, and came out here for good. I think California has amazing things to offer. You can’t beat the weather, and the quality of life is fabulous.”

You’ve spent some time in Palm Springs over the years.
PS: “Yes I have. The beauty and the tranquility there is pretty special. We often live in chaos, so it’s great to find a place like that where you can depressurize and unwind. It’s always been that to me.”

Did you ever cross paths with Frank Sinatra in Palm Springs?
PS: “No, no. Frank was of a somewhat different generation, but also a different lifestyle and tempo from ours. I do remember meeting Sammy Davis Jr. — a lovely guy, and very funny. Once I was at a show of his, and he talked about a close, personal friend of his being in the audience. I was thinking, ‘Gee, who is he talking about?’ And lo and behold, I was that close, personal friend, and didn’t know it! That was terrific.”

That launch party for the first KISS album was thrown by Casablanca Records at the L.A. Room at the Century Plaza Hotel. It was a pretty big extravaganza, right?
PS: “It was, and I take pride in knowing that when we hit the stage, we cleared the room. We weren’t what most of the record industry or the Hollywood B-Listers or C-Listers were expecting, so we played to a really small audience. Had it been a fire drill, it would have been a big success!” 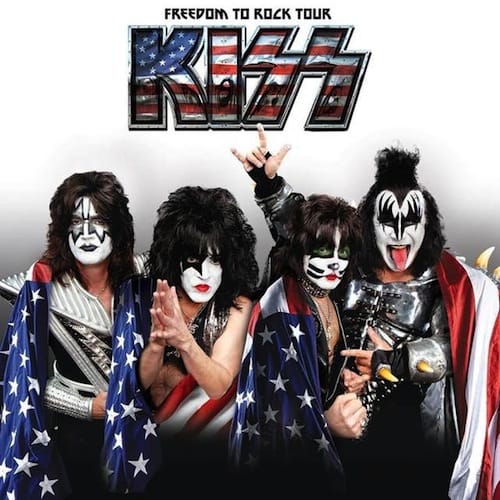 What can we expect to see in the set you’ll play at Morongo Casino? Will we get any super-vintage tracks during that show?
PS: “I’m a big believer that many songs that are obscure are obscure because they’re not as good or as popular as the others are. The idea of taking away something that is more well-known or something more popular to put something in for a handful of people really doesn’t serve the purpose of this band, which is to make the most people happy, and to live up to what they’re expecting. That being said, we just did 40 shows in 10 weeks, and the set list was just great. I imagine a lot of those songs will be in the set list this time.”

Do you see more people in the audience dressed up as members of KISS whenever you play close to Halloween, or is it about the same at every show?
PS: “I really can’t tell you. I can’t tell you whether there’s more or less. The beauty of KISS is we’re not a band where people come to relive the past, or to be nostalgic. The thing I love about the band is, from my asking the audience, I find 60 to 85 percent of the people who come may never have seen us before. They are there because of the legend of the band. They are there to see if what they heard of the band is true — and they find out it is. It’s amazing to be up there and be as ferocious and on top of things as we are, and know that we’re considered classic rock. That’s rarefied air. Bands that are considered classic are bands I’ve always looked up to.

“I’m grateful to hear people say I’ve been an influence on them. My fingerprints seem to be on a lot of artists, but I didn’t invent the wheel. I was a huge fan of Robert Plant, Rod Stewart, Pete Townshend, and Jimmy Page. I took a lot of what I loved in some of my inspirations, mixed it all together, and added something else to make it new. It’s really reached a point now where any band with money can do a KISS show, but no band can be KISS.”