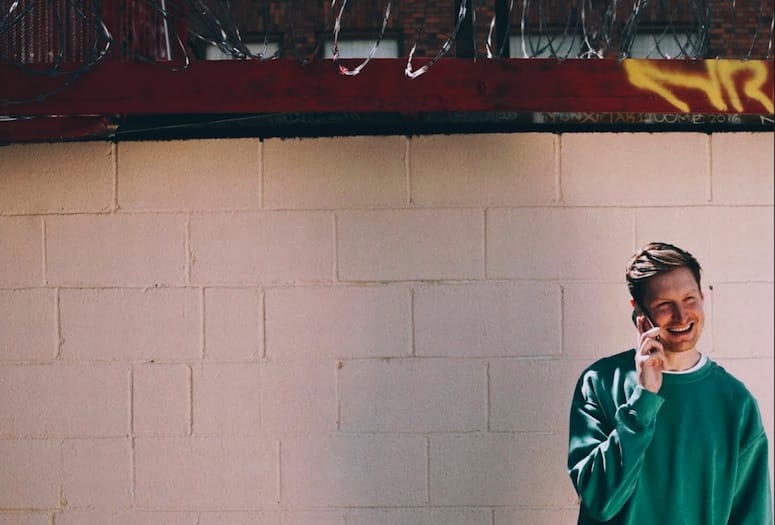 Caleb Cornett – better known as Amtrac – has been electrifying audiences with his melodically rich, funk filled, cutting-edge sounds since 2008.
PHOTO BY COLIN DUNGEON

With triple digit weather in place, it’s time for the ultimate pool party. Grab your bikini, trunks, sunglasses and sunscreen and fully submerge yourself in the Palm Springs summer feels.

Celebrating its fifth year, Splash House 2017 is two weekends of non-stop splash dancing and sexy pool vibes. The Palm Springs venues include The Renaissance, The Riviera Resort, and The Saguaro, and tickets include shuttles between the hotels.

On June 9-11, the three hotels will host a bevy of big-house talent like Amtrac, Cassian, Poolside and Thomas Jack. The second weekend will be Aug. 11-13.

Caleb Cornett – better known as Amtrac – has been electrifying audiences with his melodically rich, funk filled, cutting-edge sounds since 2008. Palm Springs Life spoke with the prominent producer, musician, DJ and now, record label founder about Splash House and what’s next.

PSL: You’ve been a favorite in the underground dance scene since 2008. How do you think your music has kind of morphed or changed over the years?

Amtrac: I guess it all comes with surroundings, and … living in different cities has like inspired me to make different music, I would say. I spent about four years in Miami … I grew up in Kentucky, which really has no electronic music scene — at least, in the hometown I grew up in. 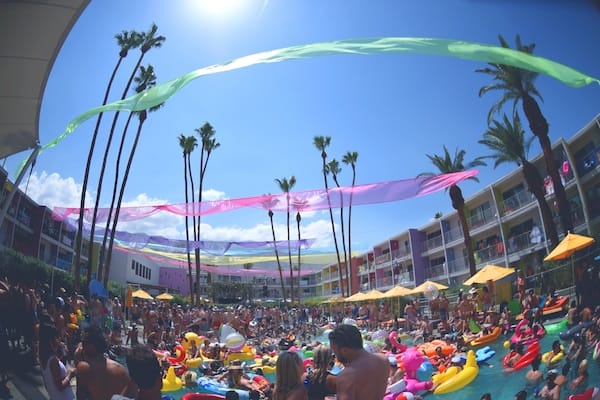 PHOTO BY JOSE NEGRETE/COURTESY OF SPLASH HOUSE
The first weekend of Splash House 2017 rotates between The Renaissance, The Riviera Resort, and The Saguaro in Palm Springs.

Now in Los Angeles, I would say it’s more my environment that inspires me to create different sounds … more so than like other producers or something like that.

PSL: So you have your own record label – congratulations!

A: Yeah, thank you so much. I just started, so it’s a bit new to me —- I’m still learning, but everything seems to be running smoothly thus far.

PSL: Why did you feel it was important to start it?

A: Honestly … I deal with a lot of record labels … sending my music out, trying to sign records to certain labels, and I was really attached to making a body of work. I would make maybe four or five songs that all fit together to me in a personal way or something that had a meaning to it, and then I would send it to these labels, and they would take one song out of it, and they would be like, ‘We like this one, maybe you could change this.’ And then they were pretty much dissecting my work that I put a lot of my heart into, and something about that didn’t sit right with me. And so an easy way out of that is starting my own label and having complete creative control over everything. And then I can still sign to other labels as well because it’s my label — it’s not like I’m tied in a contract or something.

PSL: What kind of music or DJs do you want to bring to light, or focus on, on your label?

A: That’s still up for discussion, I guess. But right now it’s just my work, and I’m signing a few people coming up … and it’s mainly music that can like stand the test of time. I want to be able to look back 10 years from now and it will all make sense why I put that record out and supported the people that I did – not just be like, jumping on a trend or putting out a record to get sales, or something like that. It’s more just about the music for me. 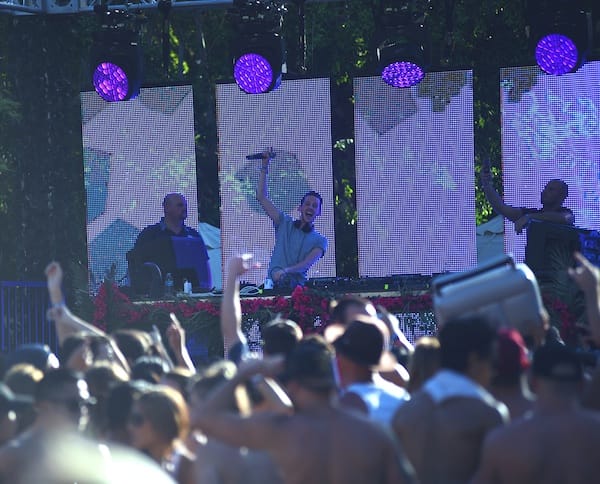 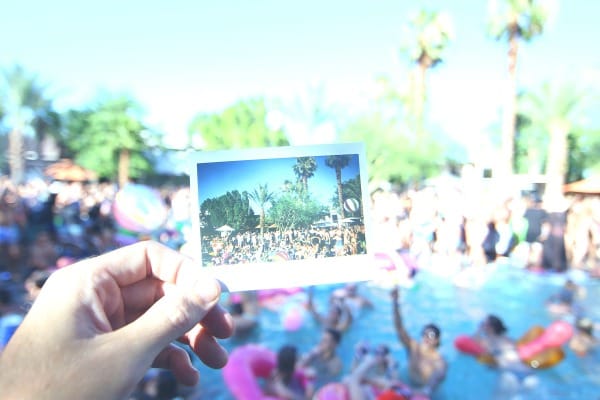 A: Just like paying homage to opening DJs — being that their job is very crucial in a proper night out, and like every DJ I know — every DJ in general — has always started somewhere and they started as an opener. I’m kind of paying homage to all the DJs out there … and still the openers today because they’re probably my favorite set of the night, typically, if it’s done right.

PSL: You recently played at Coachella with the Do LaB. How was that? What’s going to be the big difference at Splash House?

A: I imagine that it’s maybe a similar vibe for people to be in the desert, it’s extremely hot, and just like cutting loose, and having a good time. But I guess this one there will be with swimming pools, which is quite nice.

But yeah, Coachella was a crazy experience for me, being that I had never been there before …

PSL: Oh, so that was your first time?

A: First time for, yeah, everything out there – so it was pretty special for me. I had a really good set time – it was right when the sun set, so I was blessed.

PSL: You met Meli at the Smirnoff Sound Collective and Joshua Tree. What did you come out of that two-day retreat. What do you like about Joshua Tree?

A: I don’t know … That’s such a magical place. And that was a really cool opportunity that Mixmag and the Smirnoff people put together to bring all the artists together. Pretty much let us do whatever we wanted to do … There’s no curriculum or anything like that. Relatively new for me to do – is work with that many producers at once and just, kind of be free form and no schedule. So that was pretty special. And then I met Meli there, and I showed her a riff that I wrote, and she just sang over the top of it, and I recorded it in one take. I never re-recorded anything. It’s crazy to me that she just wrote that right off the top of her head. Yeah, she’s quite talented. 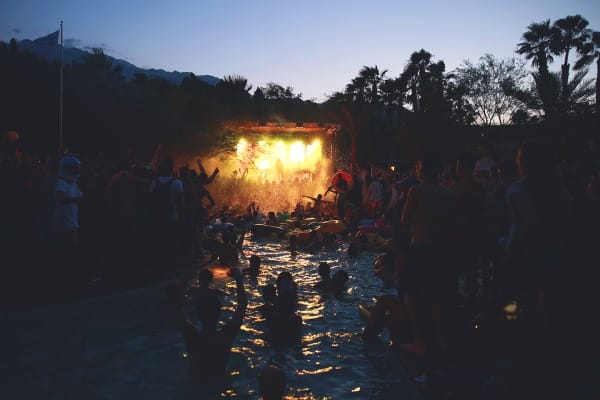