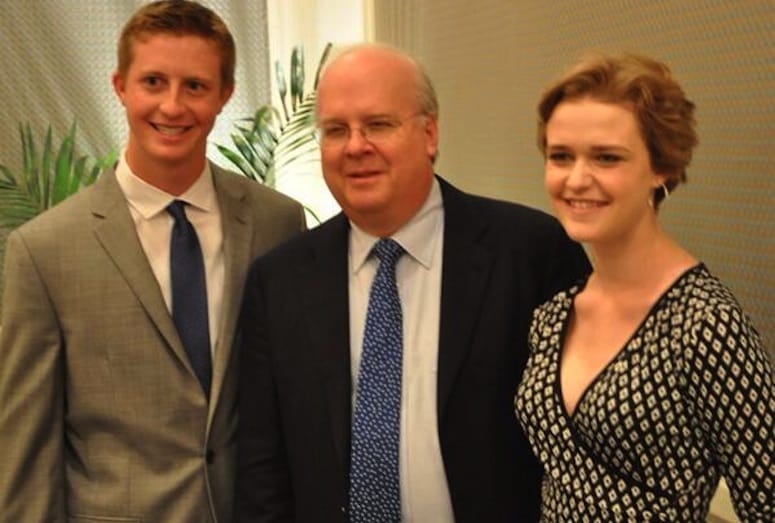 Karl Rove says Russian President Vladimir Putin is a "thug", and likens him to the infamous TV gangster, Tony Soprano, but "without charm".

"He doesn’t want you to like him. He wants you to be afraid of him," says Rove during his Desert Town Hall speaking engagement March 6 at the Renaissance Esmeralda Indian Wells Resort & Spa.

Putin and President Barack Obama have locked heads in the past week over Ukraine and Russian troops taking residence in the eastern part of that country. Ukraine's parliament in Crimea recently voted to secede from Ukraine and become part of Russia.

The former deputy Chief of Staff and senior advisor to former President George W. Bush didn't mince words over Putin, calling him a former KGB agent who "either killed you or has a dossier on you and you’re afraid of him. And he likes that."

"He did not become the leader of Russia by being the education-minded governor of the trans-Siberian region," Rove says. "It wasn’t his magnificent municipal reforms of waste management and pick up your garbage in St. Petersburg that elevated him to the top."

Rove says Putin's first visit Washington, D.C. ("that we know of," Rove jokes) to meet President Bush initially brought him to the Roosevelt Room before being led to the Oval Office.

"Putin is in the Roosevelt Room, and he’s looking at his Congressional Medal of Honor wondering if he can steal it," Rove says. "So he gets led to the Oval Office. Putin takes one look around. He speaks English but doesn’t want you to know it, and he says, 'Oh My God'."

Rove spoke on a variety of topics related to his White House experiences during the seven years he served under Bush.

"We have to have a statesman and a leader, not a political figure. The president cannot act like an ordinary politician. Ironically, here's the most powerful figure in America, and they have to take it. They better not be in the habit of giving it. I think it was a terrible mistake for President Obama to invite Congressman Paul Ryan to Georgetown University, put him in the front row and then say that the House Republican budget proposals were 'unAmerican'. That was cheesy and political, and unworthy of the office he holds. You cannot go out there and excoriate your political opponents. You cannot take the political opposition in Congress and kick them around every day of the week and expect people to come back and say, 'Yes, let's do this again'. 'Let's do something constructive'. It doesn't work that way. Human beings are human beings, and the President of the United States has to rise above petty politics and become the leader that we require them to be in order for the system to succeed."

"Everybody thinks the federal government is in charge. No, the states are in charge. It's the responsibility of the state and the mayor to be in charge of disaster preparedness and relief efforts. Federal government is there to write the checks. We had incompetent boobs in Louisiana. The governor and the mayor. The mayor (Ray Nagin) just went to jail. But the governor (Kathleen Blanco) was a complete idiot. I hate to say it. The president is begging on Sunday morning for the mayor of New Orleans to order the mandatory evacuation that their own disaster emergency plan says needed to be called on Friday. He said to the governor, 'Will you order him to do it?" The governor says 'ahhhhhhhh'. The President calls the mayor. Will you please do what your own disaster emergency plan called for you to do on Friday. Why won't you do it? The mayor says, 'I'm worried because I think the city is going to get sued and the storm hits and there is not that much damage and the restaurants and hotels will sue the city. The President says, you have an obligation to save the people of your community. Order the evacuation now and an hour later, Nagin did. But rather than says it was Blanco or Nagin's responsibility, the president took it upon himself. It's my problem. It's my mistake. It's my responsibility. If we don't have a president who accepts responsibility, we have a weak leader."