Comedian Kathy Griffin: "So my biggest lesson has been to run toward the most difficult parts of this year and somehow make it funny and relatable to people."
PHOTOGRAPHS COURTESY PALM SPRINGS INTERNATIONAL COMEDY FESTIVAL

If there ever was a time to Make American Laugh Again, this may be it. (#MALA, anyone?)

Still, somehow, Griffin managed to pull off the impossible: Dust herself off, put her First Amendment shoes back on — tying the laces tighter, perhaps — and make some sense out of the entire ordeal. She also made good comedy out of it as is evident with her successful “Laugh Your Head Off” comedy show, which is touring across America.

• What exactly is this comedy fest? Read Laughter is the Best Medicine

The creators of the first-ever Palm Springs International Comedy Festival took notice. Griffin is the recipient of the Comedian of the Year Award in the fest’s premier outing, which unravels Nov. 10-11 and 17-18 in downtown Palm Springs. Other honorees include actress Illeana Douglas (granddaughter of actor Melvyn Douglas), who will receive the Pioneer in Comedy Award. In between, attendees can revel in an array of red carpet fodder, celebrity judges for stand-up and sketch competitions, and plenty of laughs.

Griffin, ever chatty and candid, ventures forth with Palm Springs Life.

Congratulations on the ‘Comedian of the Year’ honor.

Well, congratulations on your entire city being purchased by the Kardashians.

You mean the Kardashians buying a mansion in La Quinta?

Are you guys ready for the changes?

There’s going to be a Kylie Jenner Bobbsey, a Kanye West elementary school, The Kim Kardashian Federal Building, and then Kris … will be secretly digging holes in the desert. So tell the gays not to f*** with her. Otherwise, if I look out the window on the drive there, I might see a white Bentley and a lady with a fur on, carrying a shovel. You know, if she wants a house and one of the gays doesn’t sell it to her, God help ya 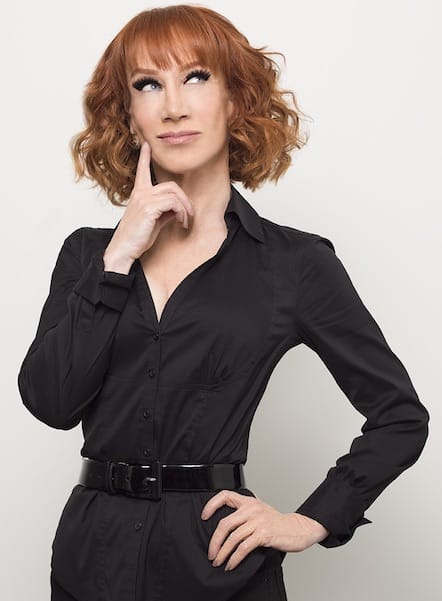 We may need your help but let’s chat about the year you’ve had.

Here’s my theory. I want to think the festival is giving me Comedian of the Year, but I actually think they are giving it to me because I am just still standing. What a difference a year makes. I am honored to be getting this award because I am still very much clawing my way back.

Your tour is going great though.

I’m very surprised frankly, and honored that I was able to end up getting 25 cities in the states [for the tour]. But I am still blacklisted in Hollywood, meaning movies and television, so I would love to do this material as a special, and right now, apparently people still might think I might be in Isis, which I can laugh at now. Because at 57, I think I may break a hip. I really do. [Laughs]

You’re self-funding the filming of a comedy special when the tour hits Santa Monica.

Yes. I want this material to end up where it can be seen, but I also don’t want to work for free because I took a picture that aggrieved the president. I mean, I didn’t break a law. I went under federal investigation and was on the no-fly list, and Interpol list, and I was detained at every airport. It’s a real story with meat on the bones. I was thrilled that I was able to turn it into a comedic story, because trust me, it still goes on. And trust me, when this story goes online, you will see comments with people saying I am in Al-Qaeda and whatever.

Are you surprised by that element of it?

These Trumpees hold on — like a dog with a bone. At least I am in a little better company than I was a year ago. Now I am in the national GOP ad with [quarterback] Colin Kaepernick and Madonna. So in my mind, it’s like I have done a duet with Madonna.

I can see that. 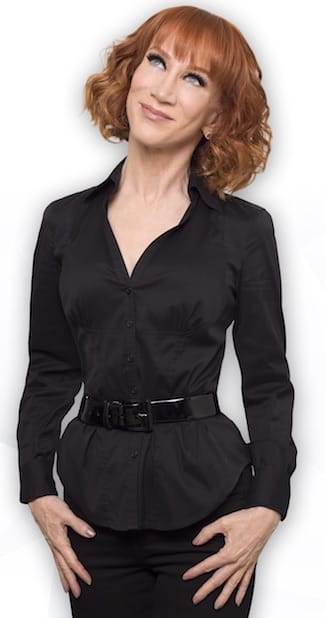 So, what do you think got you through all of that?

Putting my nose to the grindstone. Granted, I had two days where I was lying in a puddle of tears on the floor, but I’m hard-wired to think comedy 24/7, so I started to write. I barely left my house for the first few months because the death threats were so intense, I was meeting with FBI, and they were actually quite helpful because of the threats. Ironic, because I was being investigated by two federal agencies while also being protected by the FBI in a way.

I did a lot of writing and meetings in the house. I pitched every kind of show you could imagine. Rejection. Rejection. Rejection. But that’s been my whole career. I don’t want to say I was prepared for this but I just thought, OK, that got rejected, I’ll write something else. And then I’d open my window and Kim and Kanye were so close.

I’d see Kim walking down the driveway and we’d wave and she’d be in those ridiculous sweat pants. And then … well, I don’t always look at my Twitter mentions, but I actually started to look. I was really moved by the support. Of course, the gays were ahead of the curve. And yes. Pun intended. Ahead. So it makes sense I would be getting this award in Palm Springs and help launch what I hope will be a nice, long fruitful festival. Who knows? Maybe it will be the Stagecoach of comedy.

Well, Palm Springs could use a few more festivals.

It’s actually Kardashian Springs now. It’s officially been changed. You can’t cross the border unless you have a baby with Kourtney. The new rules are very strict. 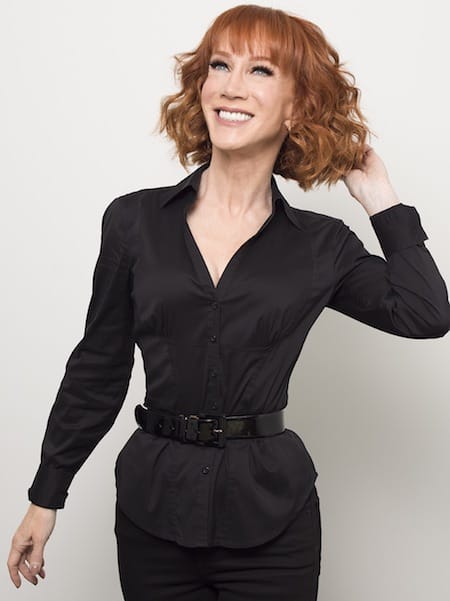 So, tell me: What’s the biggest thing you’ve learned from the past year?

I hate to quote Sheryl Sandberg [COO of Facebook] but “lean in.” Meaning … good, bad and ugly. For example, my sister passed away this year and that really puts things into perspective. I am going through this scandal but her dying of cancer is real life. So my biggest lesson has been to run toward the most difficult parts of this year and somehow make it funny and relatable to people. And that’s put a whole new patina on the experience, instead of feeling sorry for myself.