“Fashion likes to think it’s leading trends, but the industry takes so much from music,” says Duffty, a fashion designer and musician. (He launches a streetwear line next year, and his band, Slinky Vagabond, drops a new album Dec. 6.) “There was a golden age: Before wearing fashion became a revenue stream for musicians, they were getting their friends to make clothes for them, doing stuff that looked like it was from another planet. I always loved the way musicians look, whether it was James Brown in his amazing jumpsuits or Freddie Mercury and all the wild glam.”

Duffty, a Brit who came of age in the punk era, studied at London’s renowned Central Saint Martins and co-authored (with Paul Gorman) the 2009 book Rebel Rebel: Anti-Style. He earns his living through fashion and considers music more of a passion, but one feeds off the other. 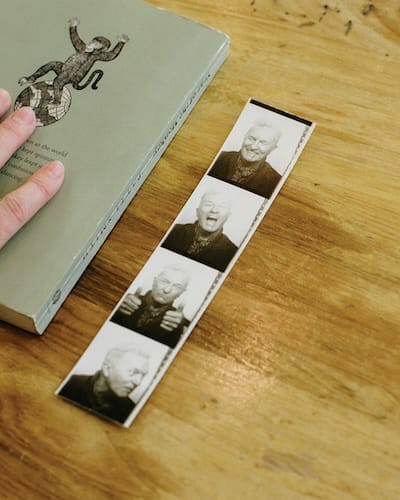 “I had my own brand for many years,” he says, “and then I worked for John Varvatos. He’s a little bit older than me [Duffty is 57], but he’s somebody else who has always embraced that classic rock side of the music spectrum.”

“I find fashion weeks that are not in Milan, Paris, New York, and London are much more interesting,” he says, “because [in] the ‘fashion four’ cities, you see the same design, and it’s very much as expected. You go to something that’s a new geographical location for something like [El Paseo], and it’s fresh and there’s a different spirit. People are there because they want to be at that festival, not because it’s their job to be there.”

Duffty began visiting the desert when he and his wife, fashion producer Nancy Garcia, lived in San Francisco about 10 years ago. Their trips became less frequent when they returned to New York, but they came in May to shoot a couple of music videos for Slinky Vagabond’s new album, King Boy Vandals, in Joshua Tree National Park, Pioneertown, and the Amigo Room bar at the Ace Hotel & Swim Club in Palm Springs.

“Generally, we’re there for fun,” he says, emphasizing that he and his wife visit Joshua Tree each time. “We go walking for hours. We love it. It’s so transcendent. It’s such an escape, because it takes you away from all of the rubbish in the real world. There’s nothing commercial. You don’t see streetlights, and you don’t really see other people. It’s brilliant.”

Over the past four years, Duffty has worked intermittently in Florence, Italy. In 2017, he and bassist Glen Matlock (of the Sex Pistols) gave a lecture at a fashion university there. “Both of us worked in retail when we were kids,” Duffty says, “and we were talking about that experience and how important that is for burgeoning fashion people to understand the consumer. It’s not a dirty job; it’s the frontline.”

At the university, Duffty met songwriter and guitarist Fabio Fabbri, who invited him to jam at his studio, and a friendship was born. Over the next couple of years, they wrote 16 songs, with Duffty penning the lyrics and Fabbri the music. When the pandemic struck, Duffty invited friends to play on the tracks: Live Aid co-founder Midge Ure; Richard Fortus (Guns N’ Roses, Psychedelic Furs); Tony Bowers (Simply Red); David Torn (David Bowie); Martin Turner (Wishbone Ash); and Dave Formula (Magazine). 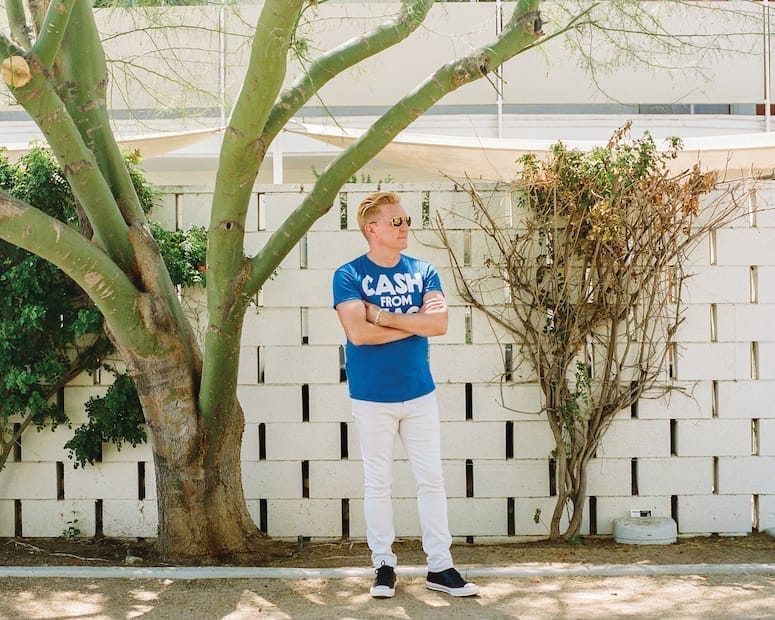 Duffty has used the name Slinky Vagabond for different projects over the years, beginning with his fashion label in the ’90s and then his first band, which included Earl Slick (Bowie), Clem Burke (Blondie), and Matlock. “But it originally was a part of a lyric in a Bowie song,” he says. “I’m a huge Bowie fan.”

In 2007, Duffty worked with Bowie on a clothing line for Target. In 2016, the Council of Fashion Designers of America invited him to style the prestigious Board of Directors Tribute for Bowie at its Fashion Awards, featuring Tilda Swinton and Michael C. Hall with costumes by Kansai Yamamoto and Donatella Versace.

“Bowie’s always been a massive influence and a bit of a guardian angel,” says Duffty, who saw the influential icon on television in the 1970s, opening the door to his own creativity. “There’s a lot of positive energy attached to my relationship with him.”

Now, Duffty’s sitting on a new line of streetwear, which he planned to launch last year at Pitti Uomo, the biannual gathering in Florence that draws retailers, editors, and menswear enthusiasts from around the globe, but he put it on hold because of the pandemic.

“I’ve been involved fashion education over the last decade,” Duffty explains. “So the brand that we created is called the University of Failure. It’s basically an anti-collegiate collection. We have the swim team, whose motto is ‘Drowning in Debt.’ It’s very tongue-in-cheek but really beautifully made and sustainable, made in small, limited editions.

“It’s a direct-to-consumer brand designed to deliver in drops,” he continues. “Every three or four months, there’s a new delivery. It’s not rock ’n’ roll, but it’s got that rock ’n’ roll attitude, like the irreverent, slightly British, sarcastic attitude.”

Meanwhile, his album King Boy Vandals has a more melancholic vibe, with some songs taking a measure of inspiration from the desert. For example, Duffty was thinking of the Salton Sea while writing “The Beauty in You,” which is about looking for beauty in decay.

• READ NEXT: A Historical Look Back at The Reagans at Sunnylands.