When you call Fran Lebowitz, you must speak to the answering machine before she’ll pick up. And, after seconds that stretch like hours, she does.

The author and social commentator, who will appear Feb. 3 at the ninth annual Rancho Mirage Writers Festival, has streamlined her life to a place of enviable minimalism during a time of digital chaos. She screens all her calls. She doesn’t carry a cell phone. She’s never had a computer. She writes longhand. It’s not that she’s a luddite; she simply has no use for most machines, as she has explained in other interviews.

So, it’s mortifying when the app this writer uses to record interviews abruptly goes on the fritz. First, it makes an echo. Then comes a metallic screech. Finally, Lebowitz is unable to hear anything and mutters, “I can’t do this,” before she hangs up.

Of all the people to be interviewing when one’s technology goes haywire, Lebowitz is quite possibly the worst. There’s no sympathy to be garnered about an app from someone who doesn’t use a typewriter.

As a kid, I got in trouble for two things. One is what used to be called “talking back,” which is now my profession. And the other was overdue library books.

When we finally connect, I shut off the app and scribble notes by hand. This feels right, the way we should have been chatting all along. My notepad is half-filled within minutes. The way Lebowitz drops humorous gems is so quick and plentiful, it’s like standing inside a game show cash booth, grabbing from the air as fast as possible.

“If you can’t remember what I said, just make something up,” Lebowitz says. “Nobody will know the difference.”

There’s no chance of that. Lebowitz has such a singular, distinctive voice — a legend for her caustic wit as much as for her opinionated riffs — anything else would be like trying to pass off a forged Picasso.

There’s a reason Lebowitz has been the subject of two Martin Scorsese documentaries (Public Speaking on HBO, and the Netflix docuseries Pretend It’s a City) and makes frequent TV appearances. Whip smart and wise, she’s a great talker. 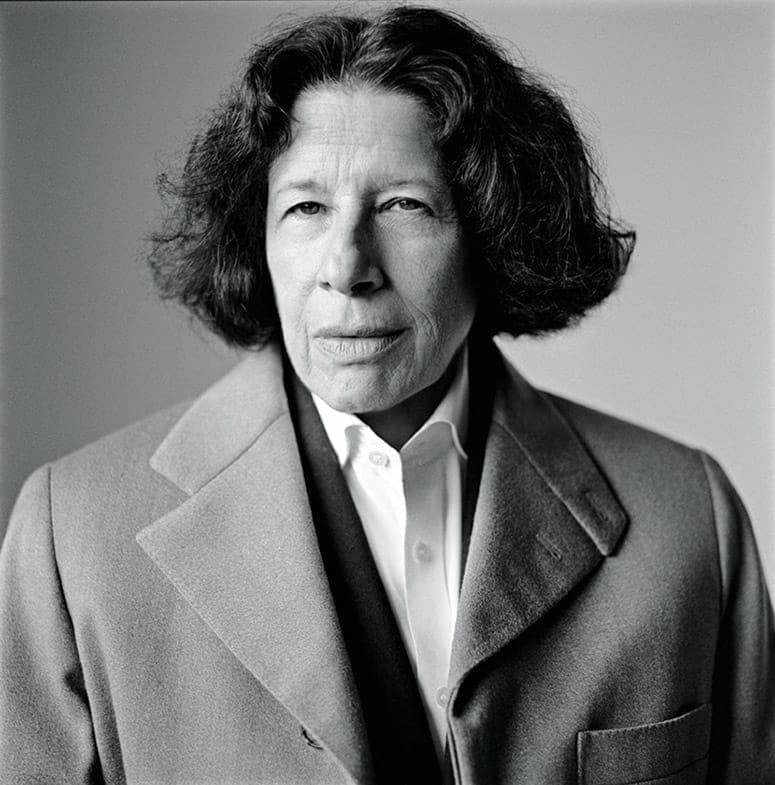 Since she’s appearing at a festival of writers, our conversation focuses on words and books and how her love for both was cultivated early on.

“I know this sounds impossible, but I remember exactly the moment I learned to read,” she says, noting that she was 5 years old. “It was the same sensation as when my father took his hands away from the bicycle as I was learning to ride. Both meant the same thing to me — freedom. Things didn’t feel small anymore. My world became gigantic.”

Her parents, owners of a furniture store in Morristown, New Jersey, were of modest means, so they didn’t have many books at home, but the family frequently visited the local library.

“As a kid, I got in trouble for two things. One is what used to be called ‘talking back,’ which is now my profession,” she says. “And the other was overdue library books.”

While Lebowitz isn’t a regular librarygoer anymore — “I buy my books now. Other than food, it’s the only thing I spend money on” — her home library is voluminous, numbering in the thousands. Lebowitz has an approximate count because she hires two types of movers, one for furniture and one for books, and the book company tracks every volume.

“The last time I moved, which was five-and-a-half years ago, they told me, ‘You have 10,000 books,’ ” she says, adding that she has since bought a couple thousand more. “Now I have no idea. But I am physically unable to get rid of books unless I can give them to someone who will want them.”

Lebowitz’s rise to fame began around 1972, when Andy Warhol hired her for Interview magazine to write reviews of bad movies before she expanded into cultural criticism in her column, “I Cover the Waterfront.” She released two well-received collections of essays, Metropolitan Life (1978), followed by Social Studies (1981). Both books were published as one volume, The Fran Lebowitz Reader, in 1994.

Since then, Lebowitz has been open about her decades-long writer’s block, but she still immerses herself in the written word. Each day begins by reading nonfiction, with mornings reserved for newspaper articles or longform nonfiction in the New Yorker. (She abides by a self-imposed, lifelong rule to never read fiction in the morning.) Later in the day, short stories are one of her preferences, like those by Deborah Eisenberg and Mavis Gallant, but Lebowitz balks when asked about her favorite books.

“Favorite?” she says. “I’m too old. Favorites are for children. A child will say, ‘Oh, this is my favorite ice cream.’ Of course it is, kid. You’re 5. You’ve had three flavors.”

Calling herself a “slut of literature,” Lebowitz reads broadly in every genre. Almost.

“I will never read science fiction,” she admits. “I find real life challenging enough. Look at what’s actually happening now in the world. I don’t need to imagine a dystopian future. Just wait 20 years, it’ll be worse, I don’t have to worry about it. I’m also not interested in any kind of fantasy. ‘Oh, what if people could fly?’ Well, they can’t.”

Some writers find reading great books to be intimidating, but Lebowitz is quick to respond to that notion: “Never. I want the things I read to be very good.”

She pauses for a moment before bringing up longtime friend, Pulitzer Prize–winning author Toni Morrison, who died in 2019.  “Now, Toni Morrison had a policy of not reading while she was writing,” she says. “That’s why she watched more television than anyone I’ve ever known.”

When it comes to selecting what she reads, Lebowitz relies on the opinions of trusted friends, whatever she finds while browsing bookstores, and the occasional book review. Very occasional.

“They’re not book reviews anymore,” she says. “They’re book reports. They tell you what the book is about. To me, who cares? That’s not a criticism. Also, in no other field do the people who practice that profession judge their competitors. To me, that’s outrageous.”

Though she’s been asked to write book reviews over the years, Lebowitz has never done so.

“I’m not an assassin,” she says. “I refuse to do it, because I know it is just as hard to write a bad book as a good book. I don’t want to be in the business of killing writers.”

It’s not simply about being respectful of other writers, though. When Lebowitz talks about books, she does so with the same reverence you’d hear in places of worship. The rapid-fire cadence of her speech slows, and she lowers her voice.

“I’ve seen books in trash cans, and I don’t think you should be allowed to do that, just like you’re not allowed to put a baby in a trash can,” she says. “I believe that writers create the closest thing there is to a human being. Yes, humans are the most important, but books are the next most important thing.

“It’s a godly act to write a book. It’s a real act of creation.”