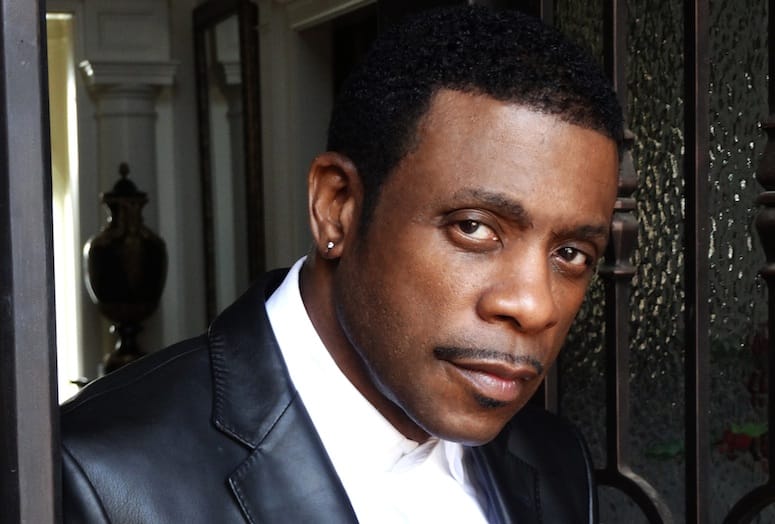 As a young boy growing up in Harlem in the 1960s, Keith Sweat found his passion listening to groups like The O’Jays.

From the New York Stock Exchange working as a commodities broker assistant to singing at clubs at night, Sweat pursued his musical passions with fervor.

In 1987 he signed with Electra Records, and when the song, “I Want Her,” hit No. 1 on the R&B charts and top 5 on Billboard, Sweat became more than a working musician; he was a household name.

Many albums later, in 2007, Sweat became an iHeart Radio host of a nationally syndicated show, “The Sweat Hotel.”

Currently working on a new album and playing limited shows, he performs his hits on April 18 at Spotlight 29 Casino in Coachella.

How did the opportunity for your show on iHeart Radio come about?
“I’ve been doing it eight years. An old friend of mine called me and asked. I thought it would be a great opportunity for me, being a pretty good spring board, since I make music and radio is in the same area.”

What kind of music do you play on your show?
“Oldies, older as well as new artists. If it’s a hot new song, I get to play those as well as the record.

What does The Sweat Hotel mean to you?
“It’s a place where people stay. My whole show is a seduction. Music, radio. I mean, my last name is Sweat, so having The Sweat Hotel on top of that, somewhere that people can stay, be intimate, I think that’s great.”

Have you played in the Coachella Valley area previously?
“Quite a few times. People are very receptive. You see the joy on people’s faces. That’s a valuable experience. They have a good time. It’s always sold out. I’m hoping it will be that way again at this show. I’m really looking forward to it.”

What songs will you play there?
“It depends, I really never play new material. I never try to perform songs that people don’t know.”

How did you go from working in the New York commodities market to music?
Music was always my first love, so it was just a transition. I did that as a 9 to 5 job, then I would do music at night. I would go to studios, make demos, and was able to transition because I had hit records. A lot of people do that, they find out what their passion is and then go after it.

When you recorded the song, “I Want Her”, did you think it was a huge hit?
“I had the feeling it was going to be a good song, but not a massive one. It caught me off guard because I didn’t know that was going to happen.”

Working on a new album?
“I’m working on a new record called Dressed to Impress. It should be out early September. I’m doing an event in Montego Bay called Sweat Fest. There will be a number of artists there, too. But, when I’m out in Coachella, I just hope everyone comes out and enjoys the show and has a great time.”