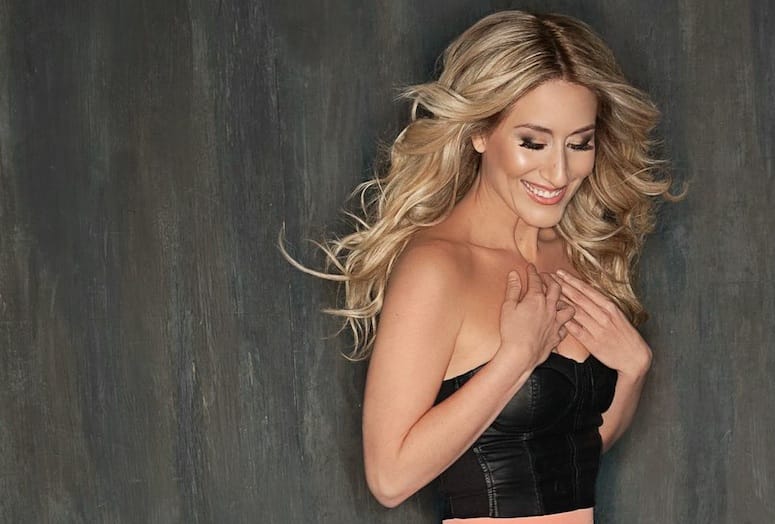 “It really seems to have this momentum going, says King, who recently became the first American ever to win best international singer at the prestigious Viña del Mar International Song Festival in Chile.

“The city has such a great history as the playground of all the “Old Hollywood” stars; but it seems to be really becoming a city focused on the future. It seems to be going through a real renaissance. For an established city, that’s pretty cool. It seems like a really exciting time to be there.”

King will mark a return to Palm Springs to appear in “Sparkle” Dec. 11, a one-night only show at the Annenberg Theater in Palm Springs. The show benefits Desert AIDS Project, and features screen and stage legend, Florence Henderson as its headlining star. The cast also includes performers from hit Broadway shows, such as Fiddler on the Roof, Joseph and the Amazing Technicolor Dreamcoat and Wicked.

Palm Springs Life caught up with King to see if we could persuade her to give readers a peek under “Sparkle’s” 2013 wrapping.

What's special about this year's edition of "Sparkle?"
“This is my first year doing “Sparkle” in Palm Springs; so I’m very excited about that. I’ve performed in the New York version of the show, but I love performing in Palm  Springs and am excited to be back. The cast this year has such a broad array of talent including several people whose careers began on Broadway and have now transitioned into great careers as recording artists.”

Are you looking forward to working with Florence Henderson — have you met her or worked with her before?
“She is such an entertainment icon. It’s just great to be able to share a stage with someone who has had such a long, enduring career in a very tough business. And she’s so well known. I don’t know anyone who didn’t grow up watching her on TV at some point in their lives.” How does a stunning performer, such as yourself, shine among a large, all-star cast, such as the one you'll be working with in "Sparkle?"
“I think we all have our own unique style, sound and personality, which we each we bring to our performances. So, when you bring yourself to your performance, you will automatically stand out. When you’re part of such a talented ensemble cast, your role is to just be yourself. And, hopefully, what makes you different comes through to the audience.”

Can you give us a hint about your role? Any solos, favorite bits?
“The only hint I can think to give is to expect some whistle tones.”

I believe you’ve done modeling and acting. Do you ever wish you had stayed strictly in acting?
“Well, I've actually never done much acting or modeling. I think I'm flat out too short (laughs). But I did have my own TV show as a child — and that I do miss. There are many occasions that I wish I could somehow find a way back into television work. But to be most honest, music and singing are my life. I’m so proud of the work I have done…and hope to mostly continue doing just that.”

When you're in the desert cities, how do you spend your time here?
“I love just being outside this time of year here, enjoying the weather, walking around trying all the different restaurants and checking out the art galleries. It's so beautiful. And of course, seeing some of my close friends out here that I don't get to see as often.”

You have a long history of pitching in with HIV/AIDS causes and as an ally of the gay community. What motivates you?
“My friends and loved ones motivate me. Love motivates me. It's just too easy to think, ‘Oh, we have a handle on HIV/AIDS,’ when the work has really just begun. And definitely we still have such a long way to go on equality. And locally, Desert AIDS Project does such amazing work in the Coachella Valley; it's easy to get behind the cause and support what they do.”

What’s next for you?
“I'm currently starting my new EP. I haven't released music in more than three years; and I know it is time. I'm so thrilled to be at this point again.”