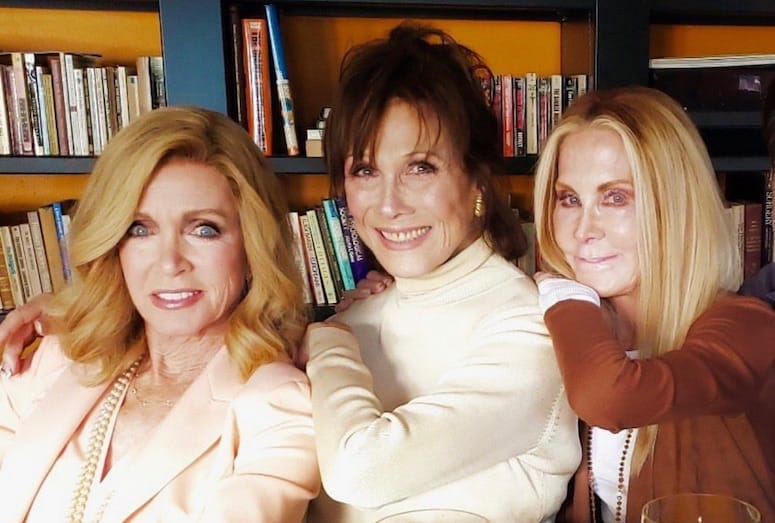 Long before the scandal-laced Desperate Housewives or pass-me-a-tissue This Is Us stormed onto the scene, there was Knots Landing. The wonderfully addictive Dallas spin-off chronicled the highs and lows of neighbors of a Los Angeles cul-de-sac. The series, which ran for 14 seasons (from 1979-1993) on CBS, downright worked its way into the hearts and minds of TV audiences.

Knots wouldn’t have amounted to much without the fiery actors who infused it with passion and insight. The result? An inventive mix of drama, humor, and heart averaged a 17.2 rating and 29 percent share of the television viewing audience.

Oh, to be Michele Lee, Joan van Ark, and Donna Mills at the time. The three actors stood out playing the show’s respective leading ladies: Karen the crusader, Valene the creative muse eager to come into her own, and Abby the calculating and determined foil.

The trio are jazzed to be on hand Nov. 12 at Oscar’s in downtown Palm Springs for An Intimate Evening with Michele Lee, Joan van Ark and Donna Mills, where they’ll reminisce about the show’s popularity, expound on the portrayal of strong women on TV, and dish on their enduring real-life friendships. Expect candid chatter, some clips from the show, and a reminder that — can you believe it? — the series celebrates its 40th anniversary in December.

“I remember doing the pilot in the cul-de-sac out in Northridge with Michelle when I had this thought that the series was actually going to be picked up,” van Ark recalls. “And I’m usually a ‘glass half-empty’ kind of gal. I didn’t feel terribly surprised when it became popular. What was surprising was how long it ran.”

Some of the storylines certainly arched an eyebrow or two and kept us glued to the screen.

• That time Abby first lured Gary Ewing (Val’s husband played by Ted Shackelford) into her bedroom across the cul-de-sac. 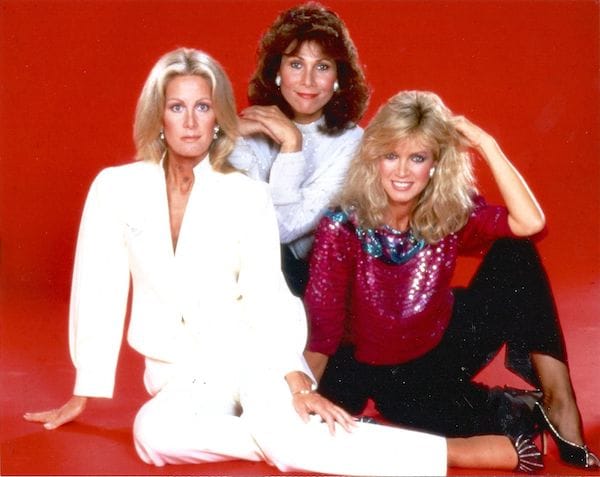 “Unlike other ‘soap operas’ — and I hate to use that term — all of these actors could do humor and comedy. We had dramedy," says Michele Lee  (middle) on the show.

• The abduction of Valene’s twins and her descent into madness.

• That time Abby tries to save her “look Ma, I accidentally killed him” daughter and orchestrates the shady burial of the corpse just as the cement is being poured over a playground at Lotus Point.

“It was always in the writing,” Mills notes of the series’ popularity. “The show was so well written. The characters that [creator] David Jacobs created were relatable. People could feel for them and with them — even Abby, because he made Abby a three-dimensional character, not a caricature, a vixen, a bad girl. She wasn’t just that. It was a real treat to play a character like that had that kind of depth.”

Lee also credits Jacobs but is quick to point out that during the show’s rise — in the early- to mid-1980s — U.S. culture was going through a significant shift. “During the time of Karen’s Pollyanna speech, people were just starting to lock their cars and worry about an alarm in their homes,” she says. “The reason that Pollyanna speech was so memorable was because we hit the nail on the head on what was important in America at the time and what was happening in our society. I think that’s one of the reasons Knots was so loved.”

“David Jacobs always said, ‘Dallas was about them, and Knots Landing is about us,’” van Ark adds. “It had more relatable and more grounded stories — not the crazy Moldavia [massacre from Dynasty] and people burning up, left, right, and center. It was more about community: the fights, the connection, the apologies, the making up and having the friendships again.”

“It had a wonderful sense of humor,” Lee points out. “Unlike other ‘soap operas’ — and I hate to use that term — all of these actors could do humor and comedy. We had dramedy. There was a magic that happened with Don Murray [first husband Sid] and Kevin Dobson playing [my second husband] Mac. With Kevin — we felt, without the sex, like husband and wife. There was a love and respect that was really rare.”

Just as unique were the deep friendships Lee, van Ark, and Mills shared during the show’s run — and even to this day.

"There’s so much to celebrate about the show, so much about life today that you can’t compare it to. I’m happy we’re coming to Palm Springs to talk about it.”

“When we’re together, we keep each other going,” Mills says. “It’s all based on the fun we had, the hard work we’ve done together. There was a time when Knots was doing something like 32 shows a year. They had found out that it didn’t do well in summer reruns, so they wanted to keep the show on as long as they could. We worked really hard and became incredibly close.”

Van Ark appreciated the feeling of family that was created on set. “We’ve been through weddings, funerals, promotions, and more for some 14 years,” she says. “The second family aspect of it was golden. I don’t think you can have that family aspect to it if you don’t have that synergy and connection and a true love for one another.”

As for their favorite storylines, the abduction of Valene’s twins tops each of their lists and van Ark points out that Knots peaked at No. 1 with the episode that revolved around Val being reunited with her newborns.

More than 25 years after the show bowed, some cliffhangers remain, especially in light of all the reboots swirling around TV today — Will & Grace; Beverly Hills, 90210; Mad About You; The Connors et al. Would the ladies be open to a new iteration of Knots Landing?

“Not only am I interested in doing it,” van Ark says, “but I am rather shocked, that we haven’t been approached.”

“We did a reunion show a while back,” Lee chimes in. “But can you imagine if we did a new show now? There is a way to it. Regardless, I hope this event at Oscar’s satisfies some sense of curiosity. There’s so much to celebrate about the show, so much about life today that you can’t compare it to. I’m happy we’re coming to Palm Springs to talk about it.”