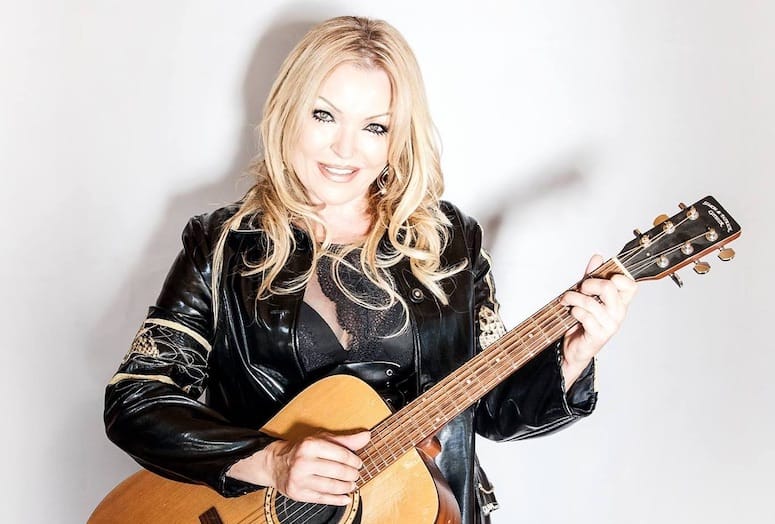 One of the most popular dance artists of all time, Kristine W. currently boasts 17 No. 1 dance hits, according to the Billboard charts. After splitting from her husband, Kristine released the first in a three-part album series called Episode One: Love and Lies. The video for the first single, titled “Just a Lie” seemed very autobiographical and even included archival footage from her wedding. Fans can expect more new music from the artist before the end of the year.

Earlier this week, she found herself embroiled in a controversy when gay fans took umbrage to a number of posts on her Facebook page that seemed to embrace an extreme right-wing ideology. The offending posts were soon taken down, and Kristine insists that she doesn’t operate her page and had nothing to do with them and, as a dedicated ally to the LGBTQ community, they do not represent her personal beliefs.

The singer, who currently calls Las Vegas home, will do another solid for her LGBTQ fan base by performing a concert Sept. 20 for Palm Springs queer-specific radio station KGAY, which will eventually be available on her own Facebook page.

Kristine chatted with Palm Springs Life about her upcoming show, why she loves desert audiences, and clarifies the controversy over her recent Facebook posts.

This was the first time that I’d done a concert with no audience so that was really, really weird for me. We had a couple people that were helping with setting up the stage or like a friend of a friend of one of the musicians or whatever, but there were maybe six people in the house, which we converted into a nightclub. We’re pretty shut down around here as far as people getting together and listening to music or playing music. So, you kind of go in and approach the casino and use it as a stage right now. They just feel like it’s a liability until the governor figures out what we’re doing here. But I pulled it off.

You’ve performed in Palm Springs many times. What do you enjoy about audiences here?

What I love is you literally have all ages that come out. I feel like I’m at home. It’s the friendliest city in California and nobody can really dispute that. People treat people really well there. It’s an interesting mix of gay people and retired straight people. Everybody seems to get along and are really respectful of each other. It’s a very special place. I’ve made so many friends there over the years with different shows and it’s so cool to see many people sell their homes in different places of the country and generally they never say, “I’m moving to L.A.,” it’s always, “I’m moving to Palm Springs.” 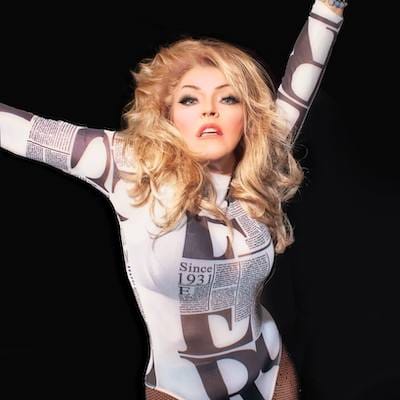 The video for your recent single “Just a Lie” used archival footage from your wedding to your ex-husband. Was this liberating in some way or helpful for you during the pandemic?

You know what, honestly, I thought about that. That’s so funny that you mention it. Can you imagine if I was under the same household with him and we were fighting back and forth and we’re stuck together in a house or if I would have done? I can’t imagine trying to keep it together and going to do counseling under the same roof and all that. And it still wouldn’t have worked. He just thinks so differently than I do now. He changed so much over the last five or six years. The whole way he thinks about everything is completely different from me.

Otherwise, how have you been holding up during the pandemic?

It was kind of a panic because I’ve got horses here and I don’t know how to get hay here. You’ve got to drive four hours to get hay for your horses. And you’ve just got to get really self-sufficient because some people that you saw before and were doing working with or buying hay from or just getting your oil changed, or my mobile mechanic. I couldn’t find my horse-shoer. People were like vaporizing. It was like an apocalyptic moment. Like, where is everybody? They didn’t want to be near anybody. So this fear just divided everybody so much. My sister passed away in February and then all this happened, the shut down, I mean. It’s been really, really rough.

This has definitely been a rough year. Recently, there was some heated conversation about some posts that seemed very right wing in content that had shown up on your Facebook page. The posts have since been deleted, but some of your gay fans were very upset. Do you run your own page?

Actually, no, I don’t run my own page. There’s a man named Christopher who runs it so I’m not quite sure what happened. I think this all really started from a conversation with my daughter debating land management, the forest management, and all that kind of stuff. My kids and I, we don’t always agree. I side more with the left side of things. I always have. That’s probably why I’m divorced. My kids aren’t robots, they do what they do. I haven’t even read the thing, but I think my daughter Elizabeth, who’s going to be an agricultural attorney, was debating with somebody about land management, managing the forests, and said you have to do burns and you have to do stuff like that. And then I think it just all got out of hand. I’m really surprised that that happened and I was really surprised that a longtime friend of mine put that on their radio station. I was like, “You are kidding me right now.” They know me. They know me. I am not a Trumper. He is a little too obnoxious for my taste. A little too obnoxious.

Do you feel artists have an obligation to use their public platforms to help change the political landscape and vote for politicians who will promote equality for every citizen, especially their LGBT fan base?

Yeah. I mean, I’ve always done everything that I could. I kind of want to keep the music in focus because there’s so many people screaming about this and screaming about that. The music just gets lost, the messages just get lost, everybody starts hating on each other really quick, and everybody divides it. Music was meant to bring everyone together. It’s a gift and it’s the one thing that can bring us back together when we’re all shredded, when we’re all torn apart. And you can say things in songs that you can’t say to someone’s face. I have to say within my own family, my kids are very pro-LGBT. I mean, they just really are. They really do support the gay community.

Kristine W. will close out KGAY 1065’s Virtual Summer Concert series with a performance Sept. 20 at 5 p.m. Watch at TWITCH.TV/KGAY1065.