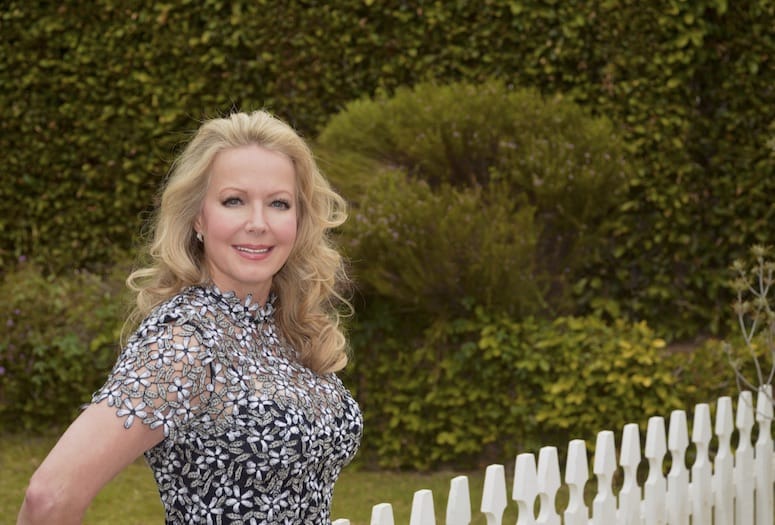 Kym Karath, who was the youngest of the von Trapp family in the 1963 classic, The Sound of Music with Julie Andrews, will introduce a Palm Springs screening of the film.
PHOTOS COURTESY OF KYM KARATH

When 5-year-old Kym Karath sat on stairs of a movie set and sang, “The sun has gone to bed and so must I …” she etched herself into the world’s heart, as the tiniest member of the von Trapp family cast in the 1965 classic, The Sound of Music.

The little blonde occasionally sported an adorable frown as she painstakingly played Gretl, the youngest sibling in a real-life singing family that escaped Nazism in Austria and eventually settled in the United States. On Dec. 8, Karath will once again take the stage, this time at Camelot Theatres in Palm Springs to introduce a screening of the film and talk about her off-screen role now as co-founder of an enrichment organization for developmentally disabled adults. She’ll also discuss her screenplay, to be filmed in Paris soon. Proceeds from the screening, hosted by Filmmakers’ Gallery of Long Beach, will go toward the Aurelia Foundation and Palm Springs Cultural Center.

The screening in Palm Springs will strike even more of a nostalgic chord for Steven Roche and Paul Belsito of Filmmakers’ Gallery, who were friends of the late Charmian Carr, who played the oldest von Trapp daughter, Liesel. Carr passed away about a year ago.

“Paul and I met Kym Karath at Charmian Carr's home, when Charmy invited us to watch NBC's The Sound of Music - Live! in 2013,” says Roche. “We stayed in touch with Kym and wanted to help raise funds and awareness for her Aurelia Foundation. We’re thrilled that Kym will be our first guest for our Filmmakers' Gallery Special Guest Series. Charmy was in our wedding party and sang 'Edelweiss.' It was a special memory and one that we will never forget. The (Palm Springs) screening will be very emotional for Paul and I, since it will be the first time we've watched the film since Charmy's passing.”

By 1965, Karath had already appeared in two major 1963 movies, The Thrill of it All with Doris Day and James Garner, and Spencer’s Mountain with Henry Fonda and Maureen O’Hara. The von Trapp family cast pursued a variety of professions after the movie, from acting to interior design and geology. Among Karath’s later credits are the TV shows like The Brady Bunch, Lost in Space, Lassie, My Three Sons, Peyton Place and The Waltons, as well as TV movies. 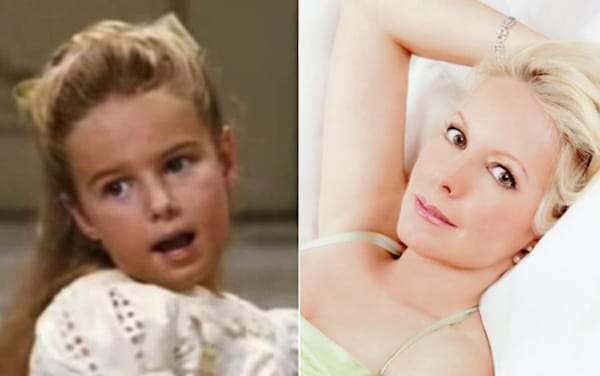 Kym Karath (left) as 5-year-old Gretl von Trapp in The Sound of Music and later in her career.

She has been a print model in Paris and is preparing for the production of her screenplay there in 2018. Twenty Boulevard St. Germain will be directed by Bruce Beresford, she says. Catherine Deneuve and Vincent Perez will act. “It’s loosely autobiographical,” says Karath. “It’s about three women who go to Paris for different reasons. It’s a love story.”

Karath’s son, Eric, was her inspiration for the Aurelia Foundation. Eric suffered a stroke in 1991, at just 3 weeks old, and it caused severe brain damage. He lives with his mother, and “always will,” Karath says, “He’s the sweetest human on earth.”

Eric’s Malibu High School special education teacher, Lisa Szilagyi, joined Karath and other parents to establish the Aurelia Foundation in 2010. They provide individualized adult day programs for moderate to severely developmentally disabled people who are transitioning from high school to the community. Activities include learning social skills, hiking, horseback riding, working out at a gym and more.

“It has a lifelong learning element,” Karath says. “We didn’t feel there was enough for more severely challenged people. You keep learning if you try to keep learning. Eric’s favorite programs are music and painting. We serve 70 kids now; we only served 12 five years ago. The need is very great. We’re trying to create a prototype. We get requests from all over the country. The goal is to support and foster others.” The foundation was named after Karath’s mother. “Aurelia means golden light,” Karath says.

Karath says the most common question she has been asked by the public over the years is, “What was it like working with Julie Andrews?” Her reply is, “Wonderful. Our adoration of her was the same off-screen as it was on-screen. We weren’t acting. During the movie, she used to teach us about singing. She was and is a sweetheart.” The von Trapp siblings cast gathers together whenever they can, for example at Carr’s memorial, she says. “Some of us get together one-on-one too. The best part of the movie is that we became like a second family.” 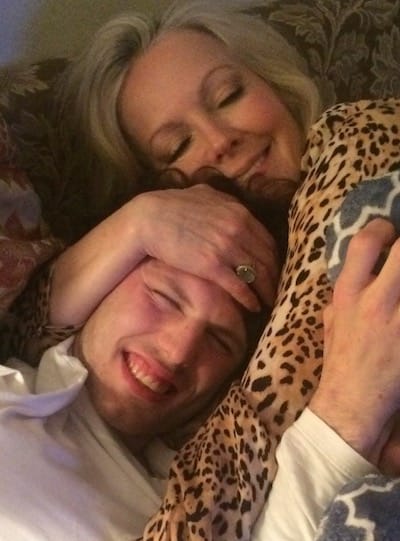 Kym Karath with her son, Eric.

Karath has a special fondness for Palm Springs because of many early childhood visits. “The first snow I saw was on top of the tram,” she says. “My parents took Nicki Hammond, the Freiderick von Trapp actor, and his mother, Eileen, to Palm Springs during filming.”

The Sound of Music will screen at 6:30 p.m. Dec. 8 at Palm Springs Cultural Center Community Theatre, inside Camelot Theatres, 2300 E. Baristo Road. A limited VIP meet-and-greet with Karath will be held at 5 p.m. in the upstairs lounge, followed by a discussion with her on stage at 6:30 p.m. The movie begins at 7 p.m. Tickets are $20 to $40 and can be purchased at eventbrite.com/e/the-sound-of-music-w-kym-karath-tickets-39838655491.