Los Lobos in Spanish means “the wolves”, so when this East Los Angeles band formed in 1973 they reached into their cultural heritage for a meaningful name.

Infusing popular music with their Latino heritage has been a staple for the group since their first hit song, “How will the wolf survive”. This musical style rocketed Los Lobos into supstardom when the 1987 film, La Bamba became a global phenomenon.

Los Lobos keyboardist, saxophonist, and producer Steve Berlin reflects on the band’s career and how they strive to stay relevant heading into their second Stagecoach Festival appearance, April 28-30, in Indio..

PSL: You’ve been to the desert many times?

Steve Berlin: Yeah, we love Pappy & Harriets. [The desert] is a unique part of the world. It’s always fun and magical in the Palm Springs area.

PSL: How did Los Lobos become involved with the jam band scene?

SB: Our friendship and fondness of the [Grateful] Dead. Fans may have migrated from those festivals to us and I think the association continues, but not that anyone would call us a jam band. It’s certainly an association we like; jam band audiences are just there to rock. 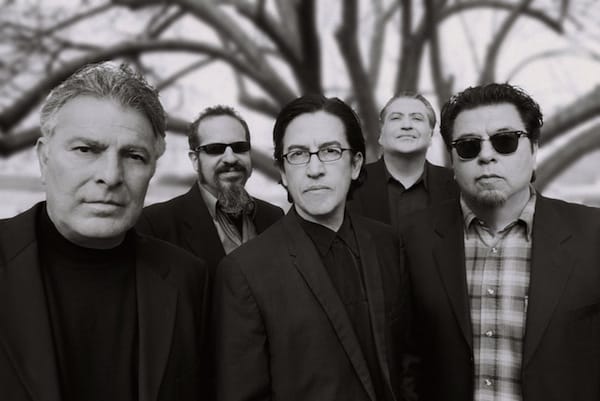 PSL: You guys did an amazing cover of “Bertha” on the Dedicated album.

SB: It’s still in our set list. We did a number of tours with Grateful Dead, maybe 20 or 30 shows.

PSL: How has Los Lobos been able to incorporate Latino cultural music with your sound?

SB: The band started that way, the first seven years before I joined they played exclusively folk art music, 200-to 300-year-old songs, played on ancient instruments. There’s no point in trying to “out rock” rock bands when we have all these other things we can do. So we mix it up to keep everyone engaged.

PSL: Did you know La Bamba would be that big of a hit?

SB: I produced the soundtrack, but no. There were no stars, no big director, the script was kinda a mess initially. They shot the entire movie with every scene Ritchie wasn’t in first because they couldn’t find the actor. [They]had scene tested a bunch of people, and it took forever before they finally picked Lou [Diamond Phillips]. There were many reasons why it may not have been a hit. It was a very soulful movie though, it came at a perfect time, and people really responded to it, and so on our end it was kind of a miracle it hit.

PSL: Any new music on the horizon?

SB: We did just do a remix of a song by The Shannons called “The Fear”, it’s releasing, sometime this month.

SB: Plant liked our song, covered it, and asked Dave (Hidalgo) and Louie (Pérez) to be in the video. They’re driving in the south side of Chicago, Dave driving with Louie, then Plant in the back, just driving around the Pilsen [neighborhood]. When I first saw it, it was funny, I thought (laughs), I wonder if he realizes how racist this looks? But Plant is a wonderful guy; there isn’t a racist bone in his body. We just got an award recently and he just did a video tribute to us that was totally unexpected.We don’t know him well, but have been lucky enough to meet a lot of rock stars, and some of them, well, some are unhappy people. But Robert…he is just happy being himself every day of his life.

PSL: Given the vast number of artists you have worked with, what was your greatest moment?

SB: Working with Bobby Womack on the 30th anniversary record, The Ride, because I worshiped him my whole life. To be honest that whole record was like that — Mavis Staples, Tom Waits, Richard Thompson, Elvis Costello…we really got to work with a lot of our heroes.