When thinking about the shooting location for the short film, La Gloria, Mary Evangelista envisioned a place that made her uncomfortable.

Not in a bad way personally, but that would accentuate the struggles of the film’s character, Gloria, a queer 14-year-old who is struggling with depression and connects with her grandmother over the dreams that speak to them both. The desert communicated to Evangelista as the perfect setting by reaching back to her college days riding with friends from San Diego to Anza Borrego.

“There's something kind of other worldly in the desert that I really just love,” Evangelista says. “I always like to think about landscapes and settings, and what that can add to the story or the character. So you think about the oppressive heat and what it's like to be really uncomfortable already. And then on top of that, you can't escape this uncomfortableness sometimes when you go outside. For a long time we are in Gloria’s house or we're in her dreams. So when we are finally outside and she's finally out in the open air, we're seeing she's wearing that sweater, but we're also seeing this wide landscape. And yet there's still kind of no escape in a way.”

La Gloria will screen for the entirety of the Palm Springs International ShortFest, which runs June 16-22. This year’s edition is virtual due to the coronavirus pandemic, and more than 170 of the 300+ films in the 2020 edition are available to view for free online. An awards presentation will be released on the ShortFest social media channels on June 21, and many of the award winners will be rebroadcast on June 22. 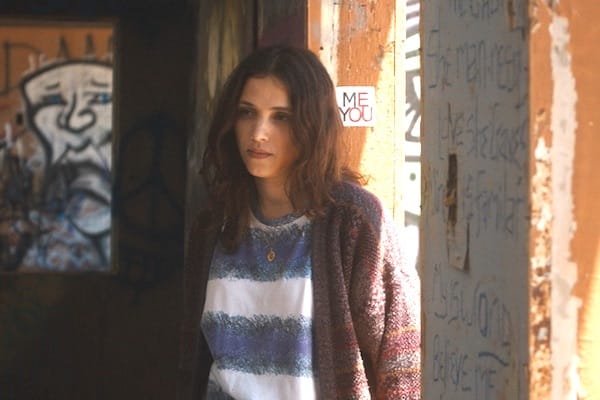 Gloria goes with her brother and friend to the Salton Sea.

This is the second film from Evangelista that has made the ShortFest lineup following last year’s Fran This Summer, which screened at more than 30 festivals in 2019. A California native, Evangelista has lived in New York for the past few years after earning her Master’s in Fine Arts from New York University’s Tisch School of the Arts for Writing and Directing. Palm Springs Life spoke to her about La Gloria and her emerging film career.

Where did the idea for La Gloria originate?

La Gloria is made through the Film Independent's Project Involve, which is a program where they take a bunch of emerging filmmakers from different backgrounds, different places, and we each to have a goal to make a short film over a six-month period. So I'm the director of La Gloria, but this is written by Stephanie Adams-Santos, who is a Guatemalan-American. The executive team ends up kind of guiding the screenwriter to go and elaborate on two ideas. And then the directors pitch for films that they want to direct. And La Gloria was my favorite story, and it was also something that Steph was like, "I think this is for you," and I completely agreed. Being queer myself, and I have a very close relationship to my mother and my grandmother. And just when we started the collaboration, it was just this sort of serendipitous kind of, wow, this story was meant to be.

Why was the desert a good location to shoot?

The desert was always something that I had envisioned, that was inspiring Gloria's and her other worldly dreams. I wanted it to be something like, this is something she sees, the desert, and these dry, barren areas. And especially the Salton Sea, where there's suddenly water in the middle of nowhere. It just made so much sense that this is something that she can just take in, because this is kind of her natural place, but it becomes something else in your dreams, which is kind of what places become when you do dream. It just felt really natural to place Gloria there.

What challenges did you confront?

We shot the film in July-August of last year over four-and-a-half days. Two days at the Salton Sea and two-and a half in Yucca Valley. The challenge for us was the heat. Especially in Salton Sea in that kind of hot 100 to 108-degree weather and not faint. I was pouring cold water on myself every once in a while just because it was so hot. 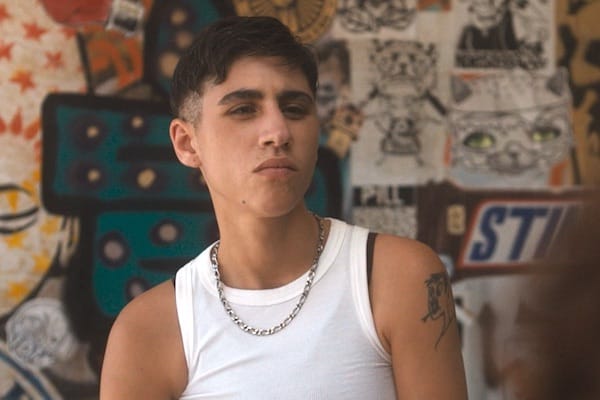 Have you dealt with sensitive topics like this before that gave you some background on how to approach this one?

I think with my work, what I do really want to focus on is something that really is emotional, but also there is a levity to it. I think there's always a balance. My films tend to be more drama. I'm a very hopeful person. With heavier stuff, there's always got to be something that can counter that because I think that when I do make any sort of story, it's important that what I leave a viewer, maybe I leave them a little devastated but also a little hopeful. There's also something about unrequited love. That I feel like there's a lot of that in La Gloria that I really am drawn to. And that speaks to just the poetry of being seen when you don't feel seen, that I really thought was so important and imperative in getting across with the film.

People will experience your film online rather than in a theater. Can you still derive the same experience?

I miss going to the movie theaters. I love that experience where you're all there together, but I am really happy and grateful that this film, La Gloria, gets to be screened online and it gets eyeballs still because that's really what we want. We want people to see it still. And so whether it's in a movie, on the big screen or just on someone's laptop, I think there's still something to take away from it. When you watch it in the movie theater because we shot this widescreen. And it definitely changes when you're watching it on a bigger screen. Just the desert landscape, it really does deserve a really big screen sometimes.