Signature La Quinta Arts Festival Will not be Back in 2020 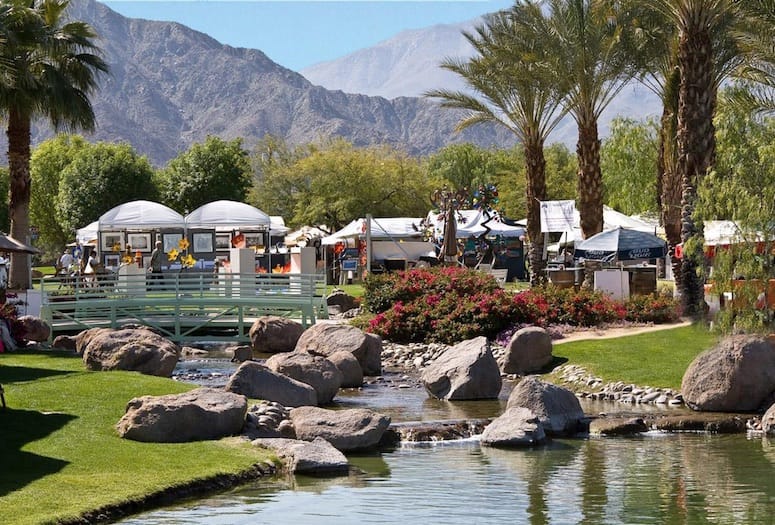 LQAF has struggled in recent years to navigate the growth in the village surrounding the civic center, the festival’s venue. According to a statement on the festival’s website, lqaf.com, “The $13.6 million Complete Streets construction project, scheduled June 2019 through October 2020, as well as other residential and commercial development projects on the horizon, continue the intensified use of the civic center park venue and bring additional challenges to future access for the festival, While LQAF appreciates the city’s ongoing efforts to mitigate the inevitable effects of its growth and progress, we recognize the simple fact that the Festival has outgrown the civic center park venue.”

Despite posting record sales at this year’s festival, LQAF also acknowledged dramatic changes in the way art collectors learn about and acquire new works, noting that if the event were to continue, even in a new venue, it would require significant investments in technology and talent to meet future patron and safety expectations in the face of diminishing returns

La Quinta’s first mayor, Fred Wolff, conceived of the festival in 1982 as a means to populate the newly incorporated city. The inaugural event in 1983 — set around the swimming pool of the former Desert Club — drew 50 artists and 1,400 attendees and posted $35,000 in art sales.

As the city came of age, so did the festival, attracting a famous resident, Merv Griffin, whose annual Saturday performances at the festival included Hollywood elite and emerging talent. Griffin was named lifetime honorary chairman of the festival in 1992 and appeared at LQAF’s 25th Anniversary Gala only a few months before he died in 2007.

The festival continued to grow in lockstep with the city, “periodically reinventing itself and relocating four times over the years before landing at La Quinta Civic Center in 2005,” according to the organization’s online statement. The meandering paths along rolling spans of lush greenery and relaxing water features created a distinctive and uniquely La Quinta environment for patrons, vendors, and the 220 exhibiting artists and propelled the event to national acclaim.

Over this period, the festival consistently ranked among the top 10 in the country. In five of the last seven years, Greg Lawler’s Art Fair SourceBook, the revered guide for juried art and craft events in the United States, ranked La Quinta Arts Festival the nation’s No. 1 fine art and craft festival.

The festival also served as the springboard for LQAF to create many other cultural events and programs in the city, including Art Under the Umbrellas, La Quinta Blues & Brews, Splendor in the Glass, and Art on the Plaza at La Quinta Resort as well as a variety of exhibitions, tours, and even another art festival, Desert Plein Air. Many artists living and working in La Quinta came to the area as a result of their participation in foundation events.

Festival proceeds have also enabled LQAF to award more than $1.3 million in scholarships to Coachella Valley students studying visual arts in college. LQAF will continue to fund the scholarship program.

According to the statement, which also thanks the city, sponsors, volunteers, and artists “The festival has fulfilled its original intent and also gained national recognition” and will now look to new opportunities as the vision for the downtown village becomes fully realized.