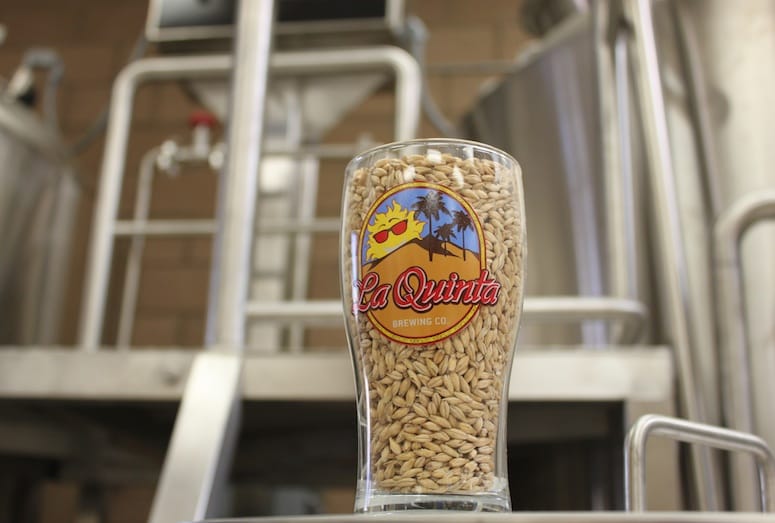 Derek Lloyd and his family are frequent visitors to The Living Desert in Palm Desert.

But his next visit will mix business with pleasure.

Lloyd, director of sales and a partner in the La Quinta Brewing Co., will help introduce the local microbrewery May 3 at The Living Desert’s fifth annual “Brew at the Zoo”.

A combination of more than 50 breweries, restaurants and wineries will help raise funds to care for The Living Desert’s more than 500 animals, 1,600 protected acres, and scholarship programs for thousands of visiting school children.

“I couldn’t be happier having a beer festival figuratively in my own back yard,” says Lloyd. “My wife and I and our two children live in Palm Desert and frequent the Living Zoo, and now there’s a great opportunity to continue working with and the supporting the Zoo while getting the word out about La Quinta Brewing Company.” Brewery founder and CEO Scott Stokes was born and raised in Palm Springs. A real estate developer and a home-brewer, he had dreams of starting a microbrewery in the desert. Since retiring from the business, his interest in craft brewing grew and in 2013, his dream became a reality.

Ryan Pearson is La Quinta’s brew master, who began his brewing career at the famed Green Flash Brewing Company in San Diego where he learned and spent time crafting and designing beer recipes.

Together, this brew team is mindful of how competitive the craft beer business is becoming.

“Our attention is to keep a distinct brand by focusing on our local ingredients and inventive “twists” on proven beer recipes,” says Lloyd. “We have no intention to broaden our reach — our brand is the sun and desert, and we want everyone to understand that this is the style of beer we make.”

The La Quinta Brewing Co. looks to pour a line-up that will include the very popular “Poolside Blonde” — described as a “palate cleansing ale”— it is pale straw in color with a subtle malt flavor and a moderately bitter finish.

For a great thirst quencher, look to the “Windy Point Wheat”, which is brewed with malted wheat along with Seville orange peel, that offers subtle aromas of orange and citrus. It’s a light crisp brew that finishes clean.

For the Indian Pale Ale fans who enjoy that strong hoppy flavor, there is the “Indian Canyon IPA”. The brewery websites describes the beer as “abundant aromas of grapefruit and pine, this IPA is smartly balanced with Two Row Pale and Vienna malts. Brewed in the West Coast tradition of IPA's — this beer is pale in color while balancing aggressive hops with a light malt background.”

Visitors can also sample suds at the brewery’s “Taproom”, open to the public Wednesdays through Sundays. While at the Palm Desert facility, located off Washington Street just north of the Interstate 10, patrons can learn about the microbrewing process and what flavors go in to each of the beers.